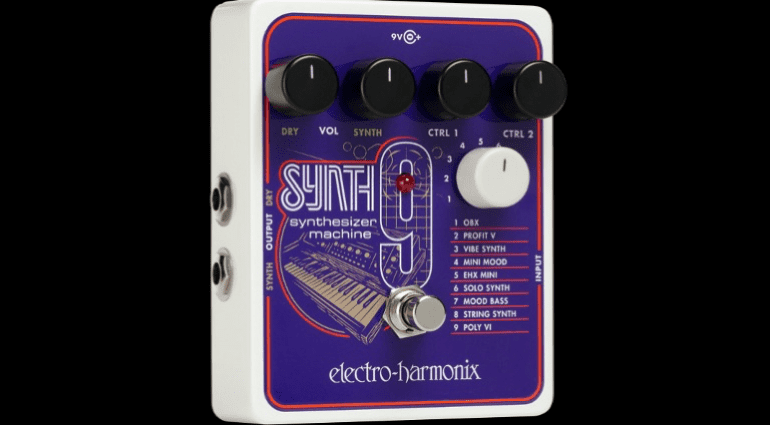 Electro Harmonix Synth 9 follows on from the company’s range of recent pedals that include the Mel 9 and C9 pedals. This time you get nine synthesiser voices all based on some classic synth models, and they’re all easily triggered by a standard guitar with no extra hardware.

Funnily enough, they all sound very much like certain famous synthesiser models of the past, just with adjustments to their names to avoid any potential lawsuits. But you can probably guess which they’re (almost) named after.

The pedal itself can track accurately on your guitar, and gives some basic filter sweeping and other synth parameters using the two control knobs labelled CTRL 1 and CTRL2.

The Synth 9 is actually digital, but is emulating a lot of classic analogue synthesisers, so I’m not sure how well it will actually achieve this. But it could be useful if your band lacks a keyboard player. I don’t think I could count on it to replace an actual decent analogue synth, though.

You should probably check out the demo video below for a brief overview of what the EHX Synth 9 pedal can achieve. The price includes the dedicated 9V power supply. Having taken a listen to the demo sounds in the video, I can’t say I was overwhelmed by the Synth 9’s sounds and found the demo video a bit lacklustre, but you may well find a use for the pedal in your setup.

Electro Harmonix also states on its site that the effect has a compressor applied to the synth signal at all times, so it is probably best to avoid compression on top of that. You should also avoid placing distortion or overdrive effects before the unit, as it can mess with the tracking and muddy the signal. So you will have to be careful where you place the Synth 9 on your pedalboard. 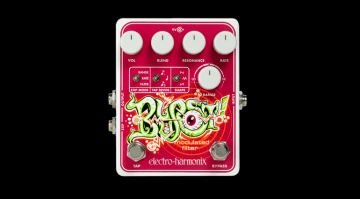 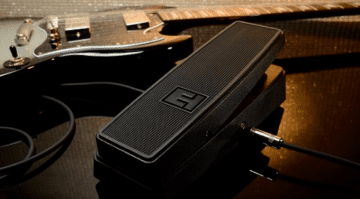