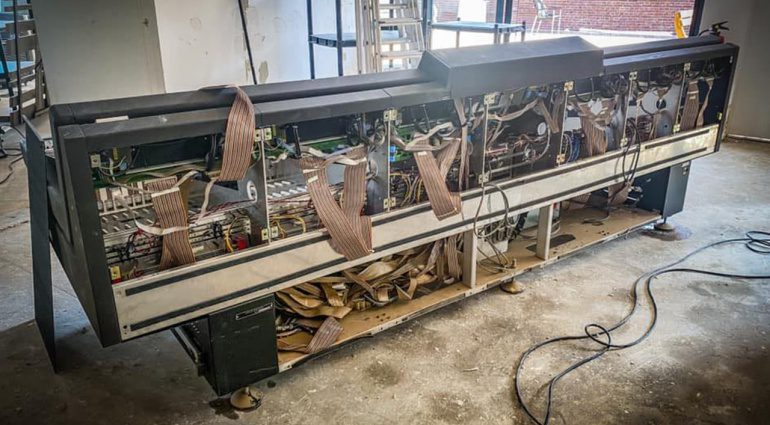 Brainworx is best known as the developer behind some of the crunchiest analog gear emulations around. But they also inhabited an iconic studio and office building in Germany which has been heavily damaged by the floods that overwhelmed the country.

Thankfully, none of the Brainworx team were hurt, but they will have to find a new home and rebuild pretty much everything. The BX main studio has been obliterated, with only a few surviving pieces of outboard gear. The flood water was standing in the whole building at about 2ft (60cm) deep for many hours. The rare NEVE VXS 72 console (one of only 9 ever made) at the heart of the studio was damaged badly and had to be sold and removed from the location because of mold forming in the building within 48 hours. The PMC MB2-XBD main speakers were destroyed too, as well as a rare power amp by German legend Dieter Burmester. A lot of the rack gear was damaged, with only the desktop and higher-slotted equipment surviving.

To make matters truly worse, Brainworx & Plugin Alliance owner Dirk Ulrich had only partial insurance for the building and equipment, with no policy for flooding disasters as the BX office was not in a known flooding risk area. The cost of starting anew is left entirely to him and the entities he owns. But BX are keeping their heads up while looking at the chance to build the 2.0 bx_studio of the future after having spent almost 10 years in the now-destroyed location. We wish them all the wellness and fortitude in the world during this endeavour.

While Dirk Ulrich is determined to cover the losses privately and won’t accept donations, Brainworx will be running short-term sales to help offset the financial damage and get the team back to work as soon as humanly possible. Dealer Plugin Alliance will forward 100% of the proceeds of the “Support BX Sales” to Brainworx in Germany. Products from supporting brands will be included in the campaign as well. So keep an eye on the Plugin Alliance website and subscribe to their newsletter if you haven’t. Chances are you will be able to get some great deals on quality plug-ins and merchandise in the weeks ahead, and while you are at it, you’ll be helping out fellow gearheads. The sale is kicking off with the bx_console N plug-in (which emulates that rare Neve console) sold for just USD 30 today. Use the BX-N-2999 coupon at checkout.