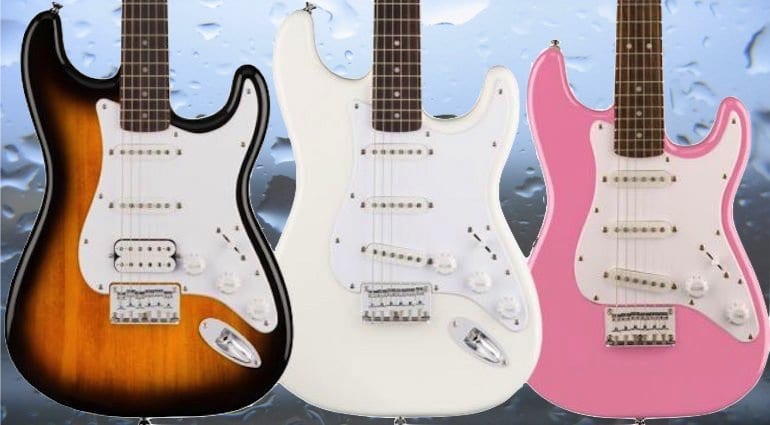 Squier has just released two new low-cost hard-tailed Bullet Strats for those on a budget, as well as a new Mini Strat for players that need a smaller guitar.

The Squier Bullet range has offered some good deals over they years, especially for beginners and players looking for a cheap guitar to modify. Yes, I have brutalised many a Squier Strat in my years of playing the guitar and have mounted all sorts of weird and wonderful pickups, machine heads and weird fuzz box circuits on them in my time. Pretty sure I have painted a few up or covered them in stickers as well… 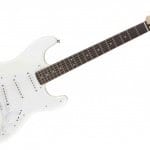 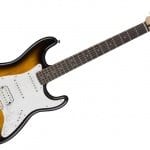 The two new models are available in either an SSS or HSS pickup configuration. Both have basswood bodies, maple necks and rosewood fretboards. The finish is polyurethane, so it should last an age.

Both versions are hard tail guitars and come with chrome hardware. These will be attractive for players on a budget, or those looking for a platform to mod. As you can probably tell, this is what I would do with them!

The new Mini Strat is a shrunken Stratocaster and has a thinner body and a slimmer, laminated hardwood neck. It’s probably best suited to kids, or perhaps as a travel guitar. It has three single-coil pickups and just two controls, one Volume and Tone, rather than the traditional three control layout of a full-sized Strat.

The Mini Strat is also a hard-tail guitar and comes in Black, Torino Red and Pink finishes. 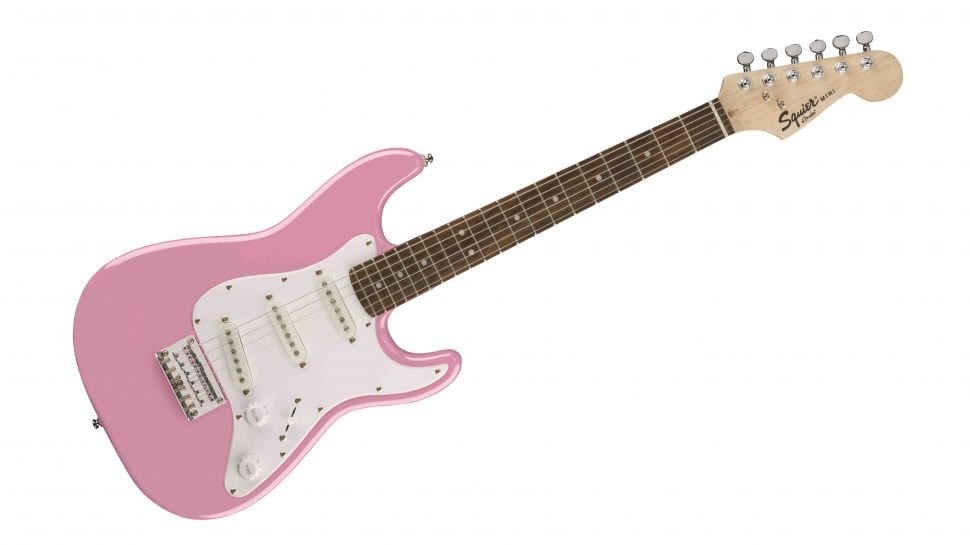 Oddly, it costs ten quid more than the full sized version. This makes no sense to me, considering Epiphone can make a Les Paul for under USD 100! This is a bit of an odd price point for a cheap guitar, surely? The pricing seems is a bit of a letdown, especially as Harley Benton can make one for about £50. I actually own the Harley Benton Strat and it’s an ace guitar for when my kids want to play, or I have to travel light. I think Squier may have dropped the ball with this one. Are Fender losing the battle in the budget guitar market? Time will tell… 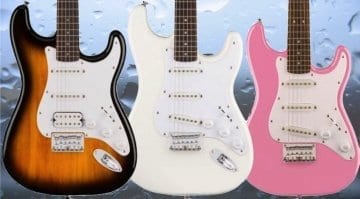 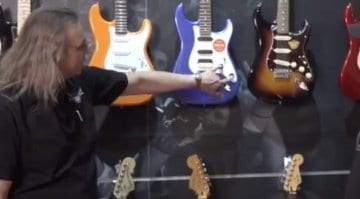 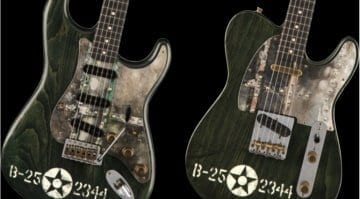 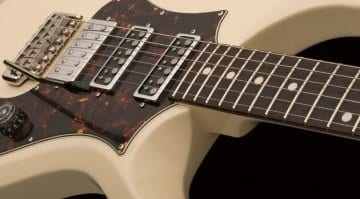 They knew what they were doing putting that demo from Lee from Dawsons on here. That guy will make a baseball bat sound like a badass guitar…somehow.