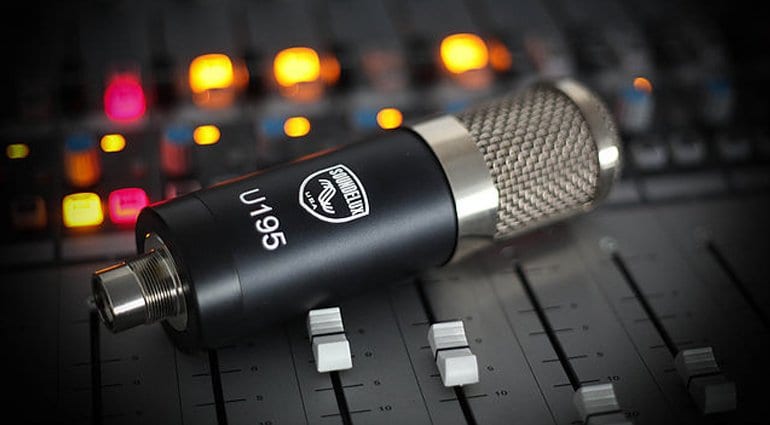 Soundelux U195 Microphone (on the console)  ·  Source: Music Marcom 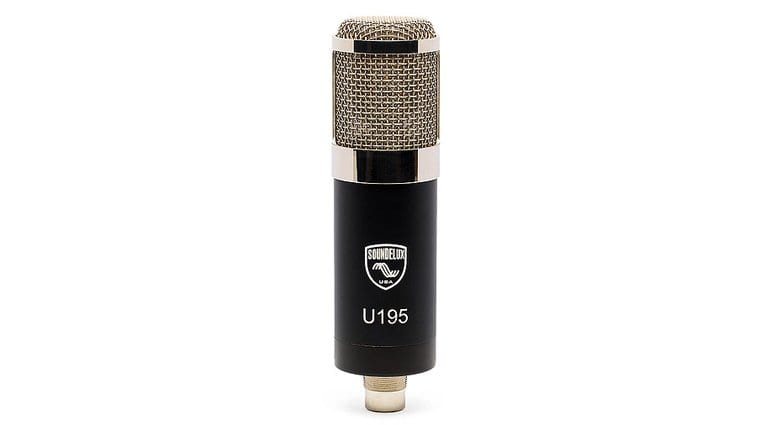 The Soundelux U195 was first developed in 1997 by David Bock, who knows a thing or two about microphones. He found his way around vintage microphones while he worked as the chief tech at Ocean Way Studios. From there, David designed and built his own mics under the Soundelux name, looking at well-known models and trying to better them. Soundelux ceased and Bock Audio was born where the U195 was re-released as the Bock U195. Released for the third time and with some further improvements, the U195 has been given the Soundelux name once more, harking back to it’s own heritage. It’s nice when something goes full-circle.

The design is based around a K67 style capsule, similar to the famous Neumann U87. It’s this K67 capsule that has received some improvement under this new release to extend the frequency bandwidth. Besides the capsule and a slight facelift, the U195 has always sported a large transformer after the FET circuitry which I believe is even larger in this 2016 model.

The U195 can easily be recognised for it’s ‘FAT/NORM’ switch. In the ‘normal’ position it is described to deliver a ‘flat’ frequency response with some added presence, while ‘FAT’ creates a low end boost between 10Hz and 400Hz. This mic also offers a pad from 0dB to -30dB and low-cut filter at a wonderfully low 30 Hz.

I haven’t used a U195 before, in fact I haven’t seen very many in the UK. However, knowing about the mic and reading into this further, I really appreciate a lot of the design concepts David Bock is applying here. I’d love to try one and hear how these ‘improvements’ sound as I suspect they add up to this mic having a unique sound of it’s own. If you’re in the market for a U87 look-a-like then you’re spoilt for choice these days. This however, doesn’t attempt to be a replica, working further on the design and apparently becoming a mic in it’s own right.

More information about this microphone can be found in a special section on Bock Audio’s website. With a price of 1,194 GBP that’s certainly cheaper than a U87, and potentially with some extra flare. 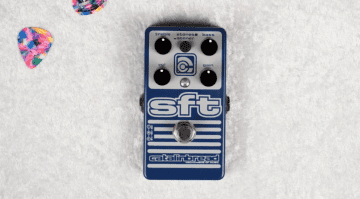 Catalinbread’s revised SFT pedal: From Stones to Stoner at the flick of a switch