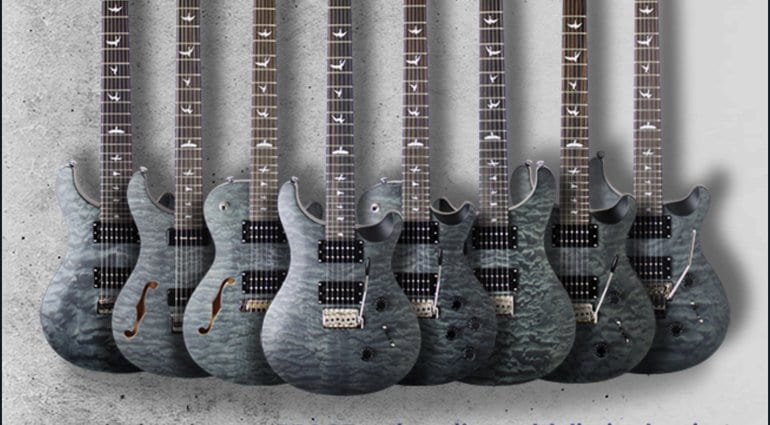 The new limited edition PRS SE Stealth Series consists of a whole slew of regular SE models, just in a new hand-rubbed finish in a cool grey colour. And they are finally reaching the grubby hands of players in Europe.

Starting from as low as £799 they all feature a hand-rubbed grey/black finish with PRS nickel-finished hardware and all have CITES-friendly ebony fretboards. With mahogany bodies and necks, they also feature quilted maple tops, which help make that hand-rubbed grey/black ‘Stealth‘ finish look pretty striking.

At the time of writing, these guitars aren’t yet listed on PRS Europe’s main website. But they are springing up all over UK PRS dealer websites and are all listed as being available as of next week from Monday 26th March.

I think this new limited edition run looks really good. The fact they all come with ebony fretboards as standard also makes them a little different from many of the regular PRS SE models, which would normally ship with rosewood fretboards. With CITES making the use of rosewood harder for guitar manufacturers because of a lot of extra paperwork, these new ebony CITES friendly fretboards make a lot of sense. Especially with a range like PRS’s SE series, which is often seen as being ‘budget friendly’.

The rest of the specifications appear to be standard for the models listed above, yet as there is no ‘official’ word on PRS’s own sites yet, this could be subject to change. Overall though, if you are in the market for a new PRS SE then these should certainly be models to check out. 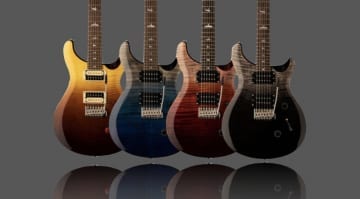 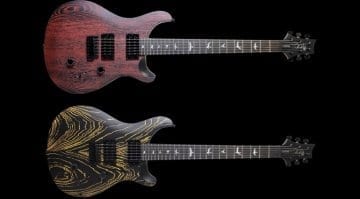