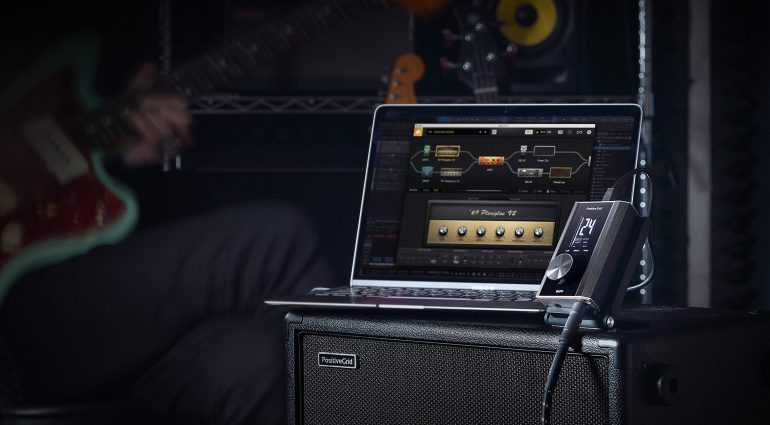 Positive Grid has announced a new audio interface called Riff that’s aimed specifically at guitar players and designed to help you get a good guitar signal into your DAW of choice.

The Riff audio interface looks to be quite a robust affair. It’s made of metal, so hopefully it’ll be robust enough for the job. It has a large backlit LCD screen on the front to show you what mode you are in. The Riff interface lets you connect to play with BIAS FX 2’s 50,000+ guitar tones – so there’s enough to play with, then. You can also assign functions in BIAS FX2 for Riff to control. 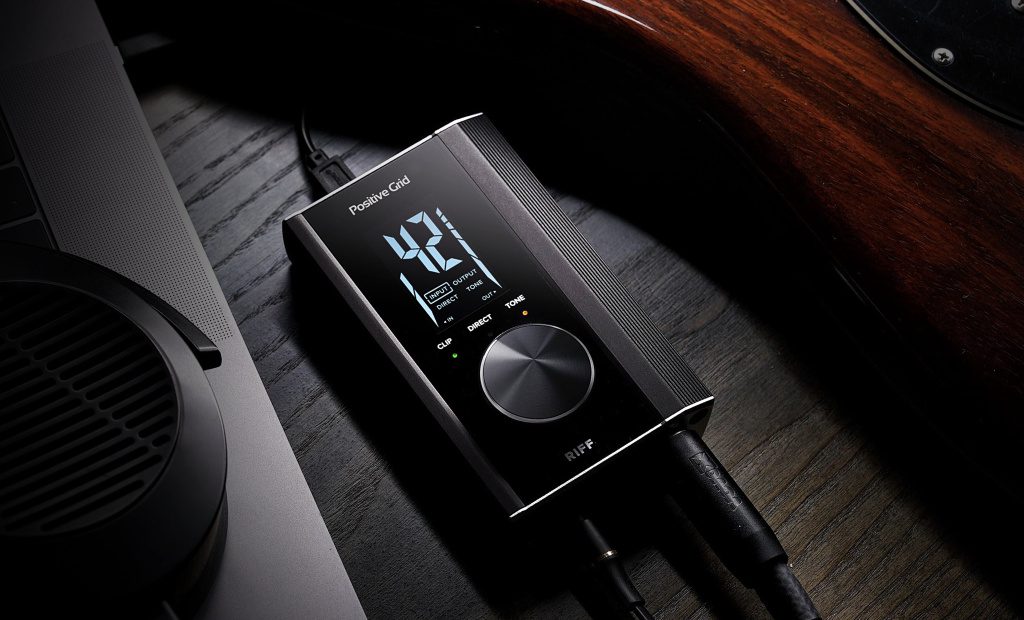 The unit has an onboard Tone Mode, with what Positive Grid describes as ‘3 legendary preamp emulations’. This is where you build your core guitar tone. PG has included an Auto Gain feature to keep your input levels all the same. A Direct Mode enables zero-latency tracking. The lights on the front show the Direct (monitor), Clip and Tone status. 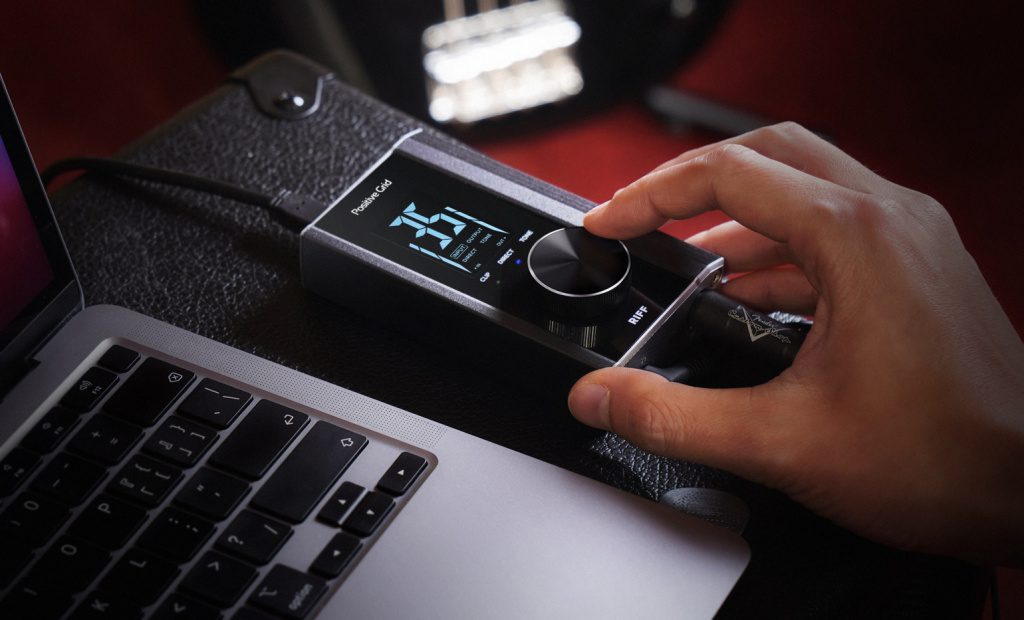 Positive Grid Riff with 3 onboard Tones

You can use the Riff via USB with both Windows and Mac. A USB Lightning cable for iOS device compatibility is included as well, which is a nice touch. You have the ability to use 24-bit/96kHz high resolution audio, so you should have plenty of headroom. The I/O is as follows: a 1/4″ high headroom instrument input, an 1/8″ headphone output and a 1/4″ stereo line output. It is a pretty simple affair, but has all the basics you’d need to get your guitar tone into a DAW.

If already you use BIAS FX2 then, this may be a no brainer. It’s deeply integrated with BIAS, Positive Grid says, so if BIAS is already your home, that may be a very attractive feature. If you’re using other rig modelling software, you may want to look elsewhere. Riff does come with a free copy of PreSonus Studio One Prime, though, so it is still a viable option.

Positive Grid’s Riff is available to pre-order now for $99 USD – the regular price will be $179 USD. I think for $99 it is worth looking at – especially if you’re a BIAS fan – but at full price it seems a little steep for what is on offer. If you like choice, then you may be impressed by the four colour options available; black, red, green, or blue. This isn’t something that I am bothered about myself, and I think it is a bit of a gimmick. Though I really do appreciate the large display and metal chassis.