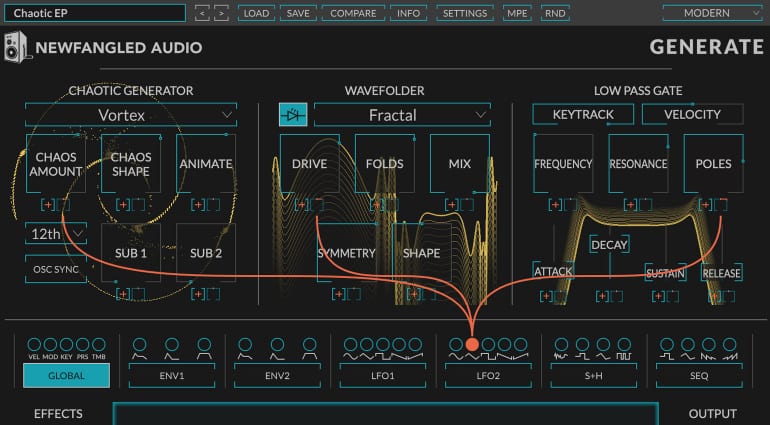 You tried a bit of free chaos with Pendulate but now embrace the animated unpredictability of 5 types of chaotic oscillator in the fully fleshed out Generate by Newfangled Audio.

Like an evil genius, Newfangled Audio whets your appetite with the fascinating machinations of Pendulate for free only to hit you with so much more of that special chaotic sauce with 5 times the oscillators in Generate. You’re going to have to have it.

Along with the Double Pendulum oscillator found in Pendulate we now have Vortex, Pulsar, Discharge and Turbine. Each one spews out chaotic oscillations in different flavours which are beautifully animated in the background of the GUI. Everything about Generate is different and slightly disorientating. The squareness of the knobs, or are they sliders? The waveforms sitting behind the controls upsetting the order of the layout and the strands of modulation making the place look untidy. It’s unruly and uncouth and completely mesmerising – love it! 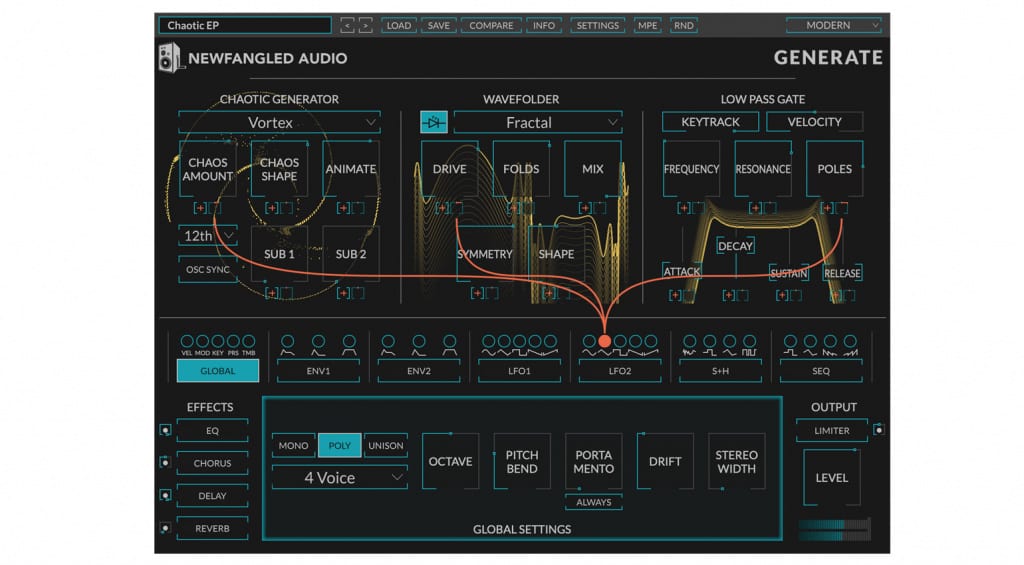 Once you’ve shaped, animated and pumped chaos into your waveform you can then thread it through the Wavefolder section modelled on the Buchla 259 Complex Waveform Generator. Or for something more wild switch to the Fractal or Animated Equation setting. From there the LowPassGate based o the Buchla 292 adds controls for Poles and Resonance.

The bottom half is devoted to effects and modulation. You can choose from a pair of envelopes, two LFOs, Sample&Hold and a Sequence-based modulator and drag them onto the parameter you want to control in the top half. All of them have multiple outputs so things can quickly get moving as the square knobs start to glow in response to their modulators. In terms of effects you have EQ, Chorus, Delay, Reverb and a Limiter on the output just to keep things from destroying themselves.

Pendulate immediately became my favourite little synth of the other week and Generate builds on that and then blows it all away with exciting sounds and innovative possibilities. This is a seriously fun and intriguing synthesizer that’s brilliantly visualised and gives you a new respect for software synths.

Generate is available now for MacOS and Windows on AAX, AU and VST formats for an introductory price of $99 and requires an iLok account. 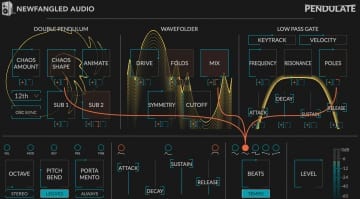 Newfangled Audio Pendulate: Chaotic monosynth based on a swinging double pendulum – for free! 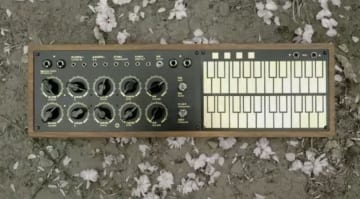 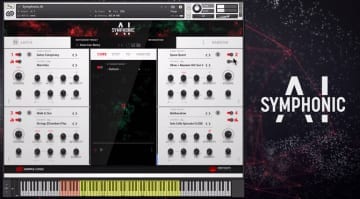