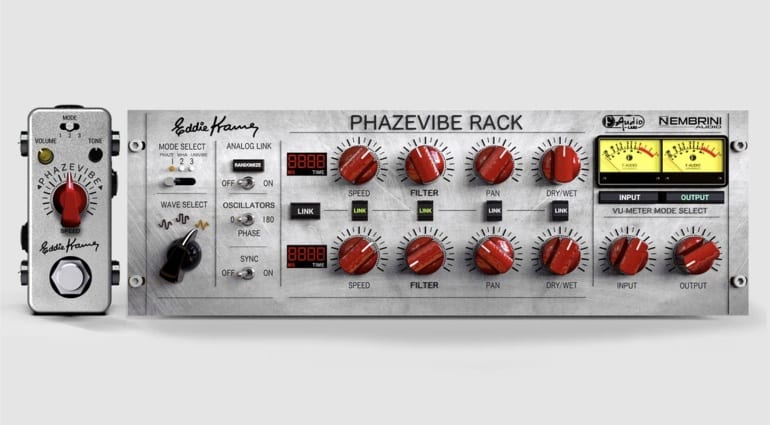 Nembrini Audio has released the Phazevibe bundle. Developed in collaboration with F-Pedals and Eddie Kramer, the two plug-ins bring the sound of the Eddie Kramer Phazevibe pedal to your DAW. That means all sorts of tasty varieties of phaser, wah and vibe effects.

After the Edstortion plug-in, this is the second collaboration of Nembrini Audio, F-Pedals and Eddie Kramer. This time, Nembrini has taken on the F-Pedals Eddie Kramer Phazevibe, which is a unique and highly regarded phaser / vibe effects pedal.

Like the Edstortion bundle, the Phazevibe bundle consists of two plug-ins. There’s the small pedal version, which takes up very little screen real estate and mirrors the functionality of the pedal. It only has a handful of controls. A slider switch lets you choose one of three phaser modes: Classic Vintage Phaser, Phase-Wah and Phase-Vibe. The big knob in the center controls the speed of the effect. The plug-in also has volume and tone controls, and a bypass switch.

The larger rack version uses the same pedal emulation, but adds additional controls and features. It has two Phazevibe channels, which can be used in mono, dual mono and stereo. Each channel comes with controls for speed, filter, pan and dry/wet, each of which can be channel-linked individually. The rack version also lets you choose from three oscillator waveforms, and invert their phase, if needed. The speed of the modulation can be synchronized to the DAW tempo. Furthermore, this version offers an Analog Link mode for “an even more analog feel”, as well as VU meters for the input and output levels. The rack version looks like an extraordinarily versatile phaser / vibe plug-in not just for guitars, and the demo tracks sound very nice. 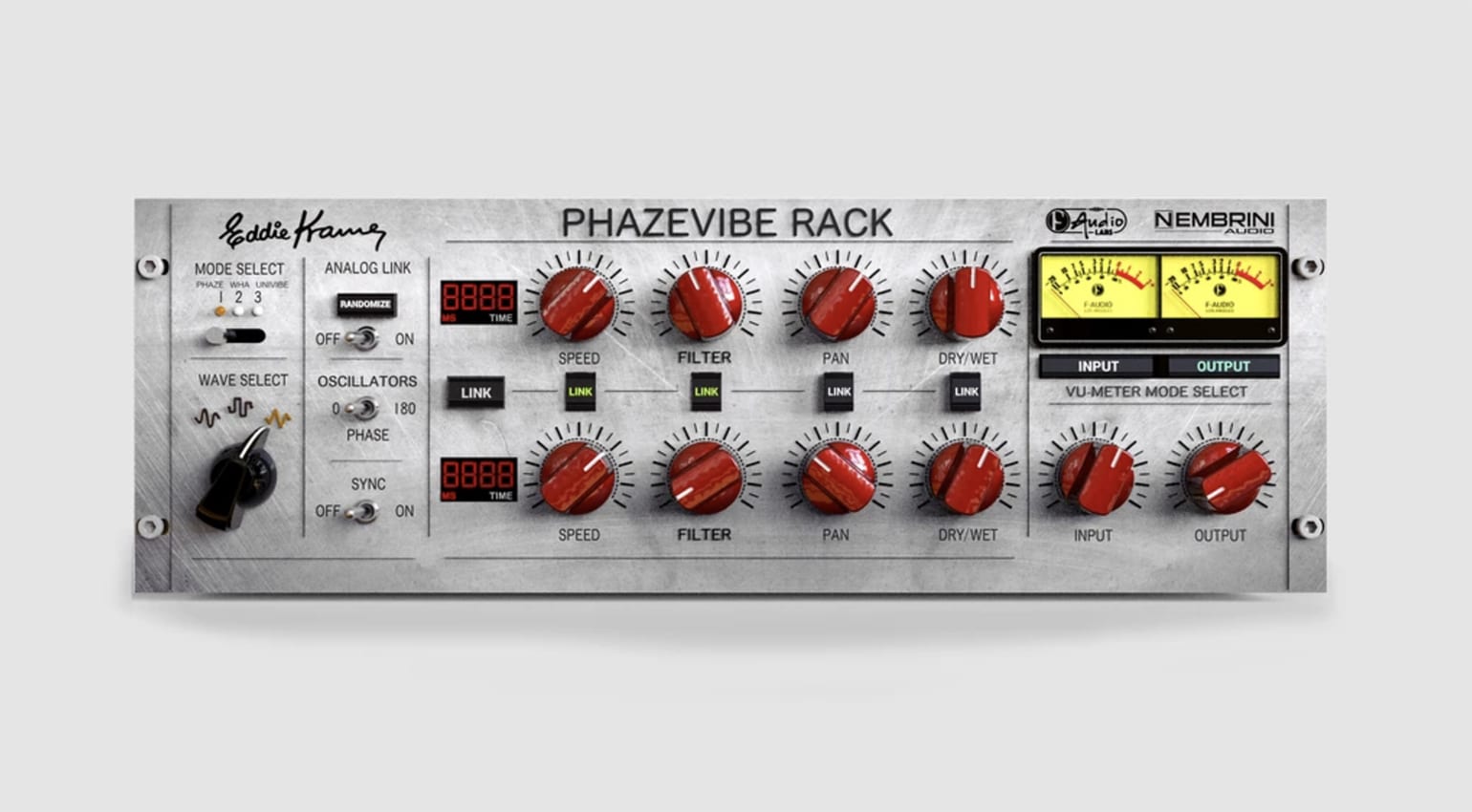 The Nembrini Audio Phazevibe bundle is on sale for USD 29.99 until the end of January. After that, the price will increase to USD 139. The plug-in runs on macOS 10.9 or newer and Windows 7 or newer. It comes in VST, VST3, AAX and AU formats. A demo version is available from the Nembrini Audio website. You’ll need an iLok account for authorization.