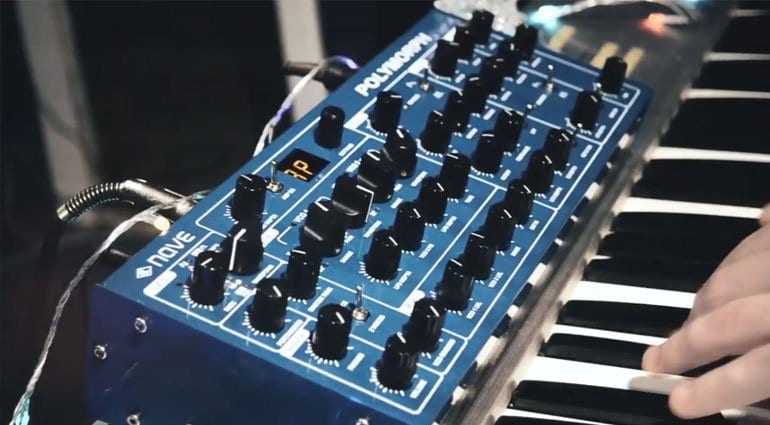 Nave Electronics has been talking about their new Polymorph synthesizer since the summer but nobody seemed to notice. Thankfully we’re starting to catch up and they’ve released a new demo in the run-up to the release in February.

The name (I’m assuming) is a nod to the Polivoks schematics that the VCF, VCA and VCO are based upon. Although something might be a little lost in translation as the use of the word “Poly” would normally mean to most of us that it’s a polyphonic synthesizer. That seems unlikely looking at the layout and watching the video – although there is a brief moment of “Pads” which might be a couple of notes. The original Polivoks was duophonic so it could follow those lines. In fact under “Master Tune” there’s a switch for “1 Voice” and “2 Voices” so if they are looking for authenticity then that would be key to replicating the Polivoks sound. 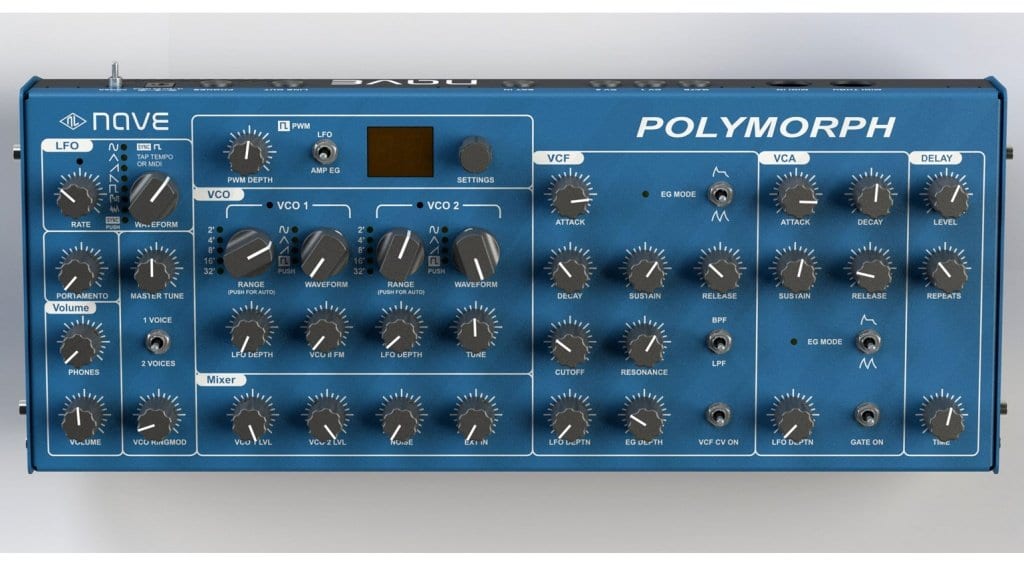 At the moment Nave are keeping the details to themselves but we’re hoping for a gnarly and thick sounding analog synthesizer. Attempts at a Polivoks style synthesizer seem to come along quite regularly but rarely seem to make it into production. Let’s hope that the price and availability make this a desktop synth worth considering.