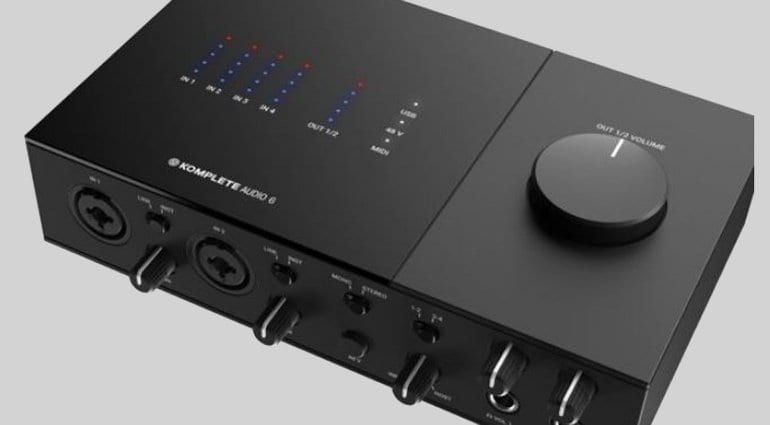 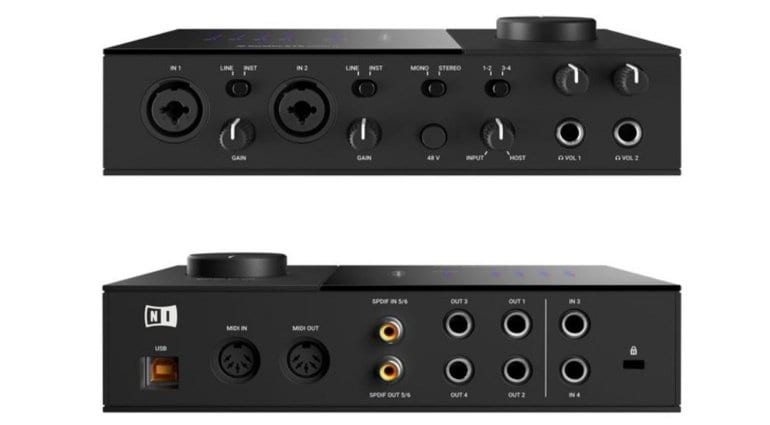 The original Komplete Audio 6 came out in 2011, so it was ready for an update. Not that there was anything wrong with the predecessor, which enjoyed a reputation for being a well performing device. But it did start to look a bit dated, especially since the company released the sleek-looking Komplete Audio 1 and 2 at this year’s NAMM Show. The first thing you’ll notice about the new Komplete Audio 6 is that its look has been redesigned to match its smaller siblings. They’ve also managed to keep the price the same (USD 229). But what’s under the hood?

One more headphone output and a monitor mix knob

The updated Komplete Audio 6 records at sample rates of up to 192 kHz / 24 bit, up from 96 kHz. Like its predecessor, it has four analog inputs and outputs, one digital stereo input and output, and MIDI In / Out. As before, inputs 1 and 2 can take microphone, line or instrument levels and are located on the front panel, together with a switch for 48V phantom power. This is also where we find the headphone outputs, of which there are now two, with independent volume controls. Native Instruments says that the headphone jacks now have twice the power, meaning that you should be able to use high-impedance headphones. They’ve also added an input / host blend control and a monitor select switch (channels 1/2 or 3/4), which lets you adjust the zero-latency monitor mix quickly. The rest of the connectors are at the back.

The large volume control for outputs 1/2 on top remains. Instead of the predecessor’s status and clip LEDs, the new Komplete Audio 6 has LED meters for the four input channels and outputs 1/2. That should allow for more accurate metering, which is critical when you’re adjusting the gain before recording.

The bus-powered Native Instruments Komplete Audio 6 works with Mac and Windows computers and requires no additional power supply. The interface can now be pre-ordered. Native Instruments says that it plans to start shipping in June. 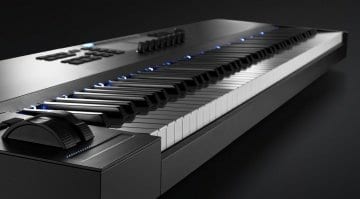 Native Instruments pumps up the Komplete Kontrol S88 to MK2