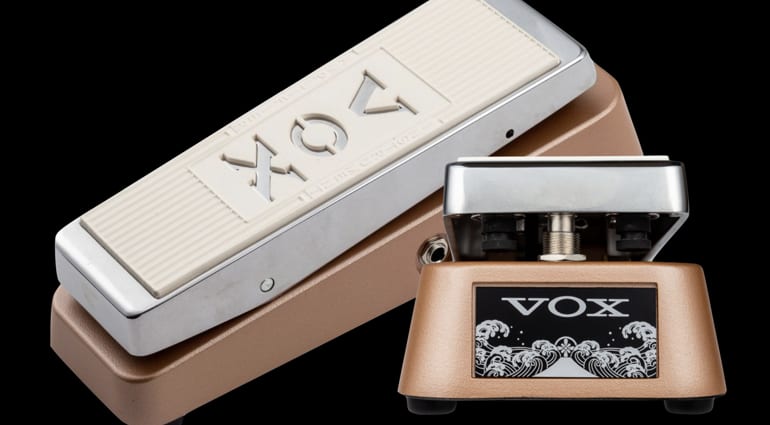 The new Vox V847-C Custom wah pedal is an artist model for Japanese guitarist, Char. It features traditional Japanese artwork as well as a custom mid-band sweep to make it stand out from the crowd.

Vox’s newest incarnation of the wah pedal, the Vox V847-C Custom was deigned for Japanese guitarist and producer Char. It is based on original specs of the classic wah pedals from the 1960s. This wah comes with a unique voicing that is tailored to Char’s particular needs. It also comes with traditional Japanese artwork on the front and bottom plate, to complete the whole ‘Made In Japan’ vibe of the pedal. 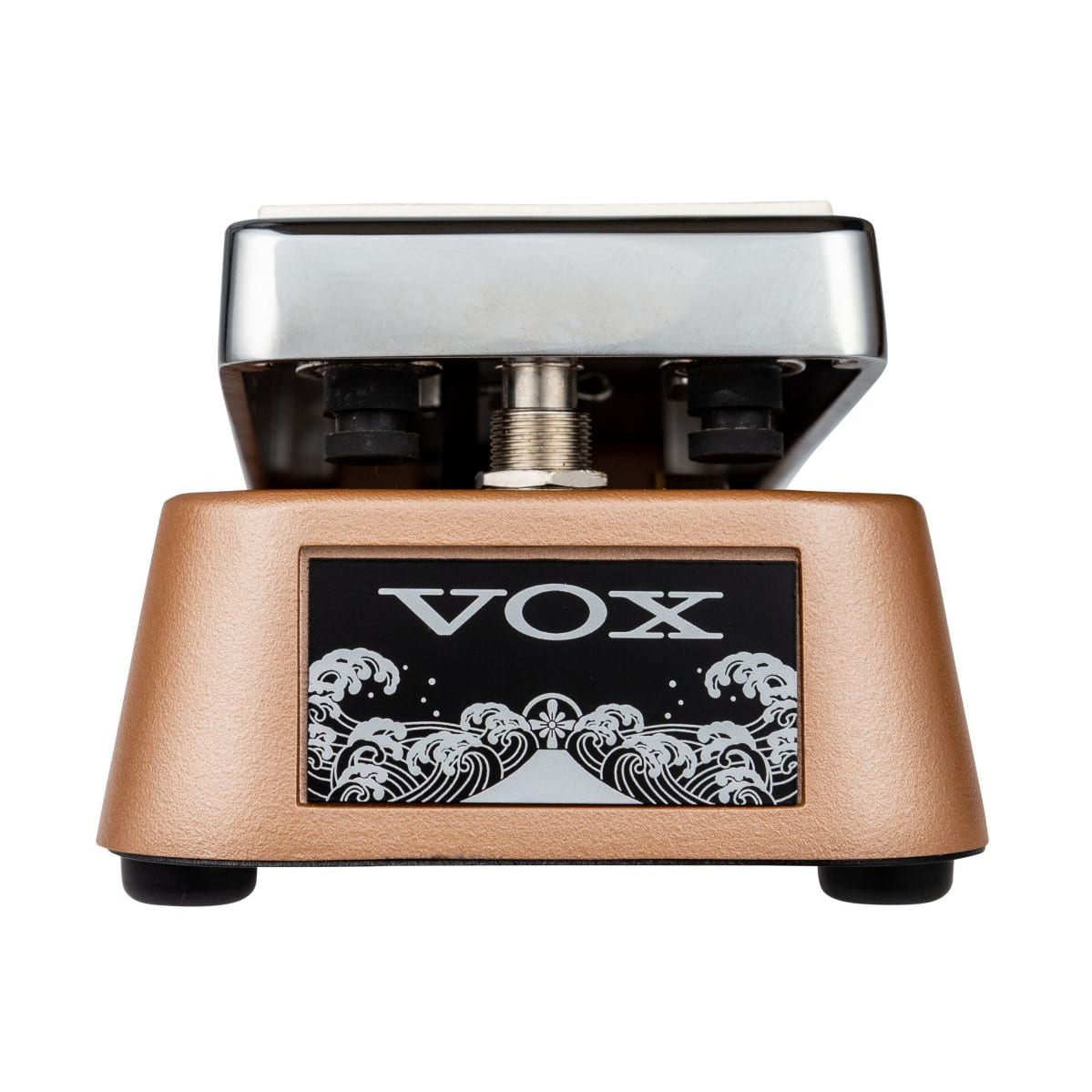 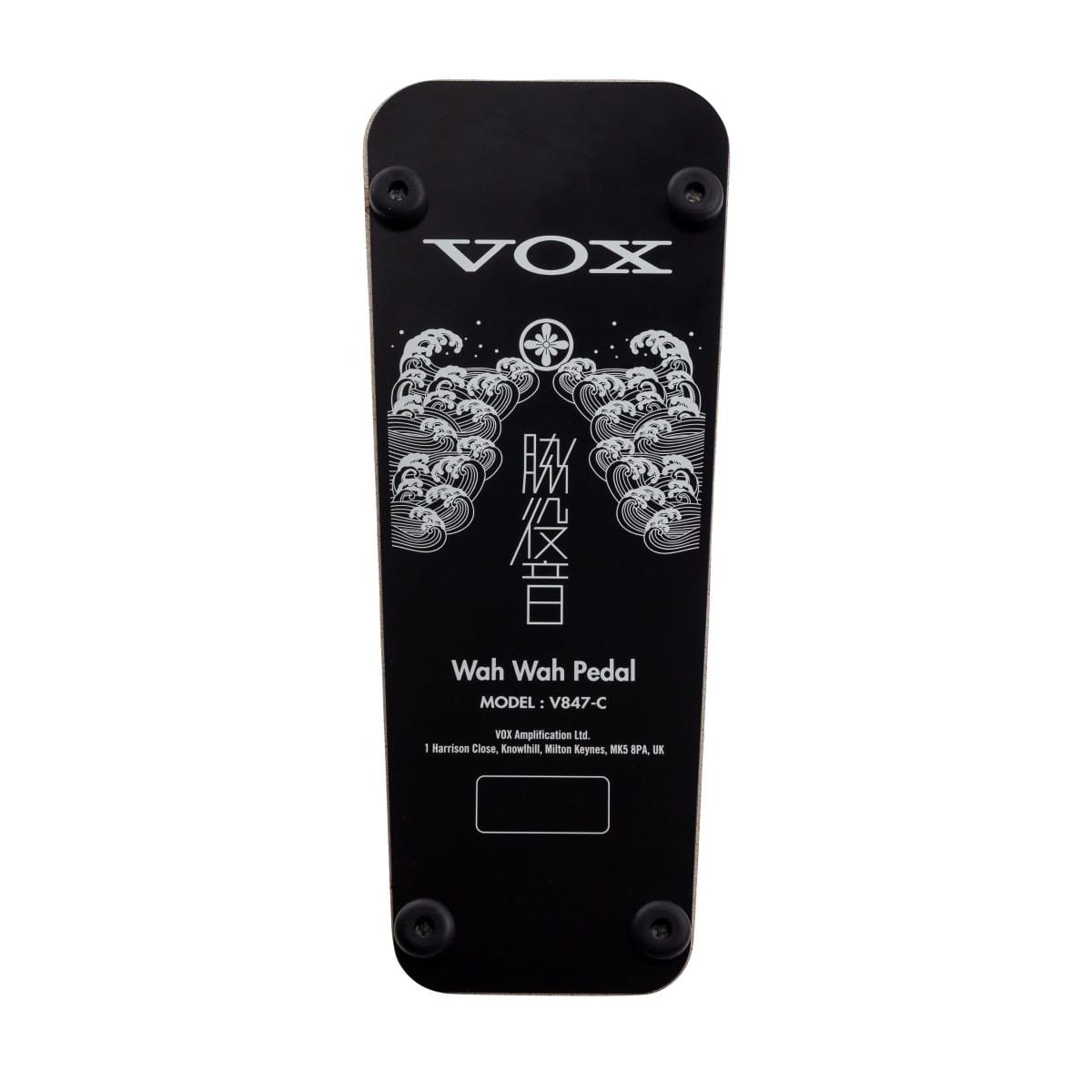 The new specifications give this Vox V847-C Custom model a frequency range that has been set lower than that of a standard model, as well as a boosted gain, improving the pedal’s sweep. The wah pedal’s Q-value, which is the sharpness of the “wah” peak, has also been customised to Char’s tastes. The results are a more powerful output and what Vox is calling “a reduced centre of gravity.”

By changing the output impedance, this wah should deliver a more ‘powerful sound’, at the same time giving a nice warm tone. The pedal is also true bypass, so should play nicely on modern pedalboards, which old ’60s wah do not.

There are no audio demos of this new model out yet, but I am really intrigued. I confess I have a bit of a wah pedal addiction, and own more than twenty of them. I’m always on the lookout for new variations of the effect and will have to go check one of these out when they are released.

Not sure what the ‘improved rubber feet’ is all about, but they list it as a specific feature of this model and so I’ll get my colleagues to go check them out at Winter NAMM for me this week. 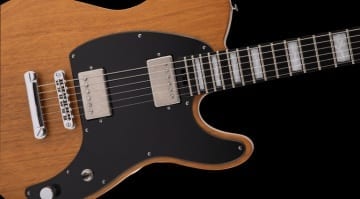