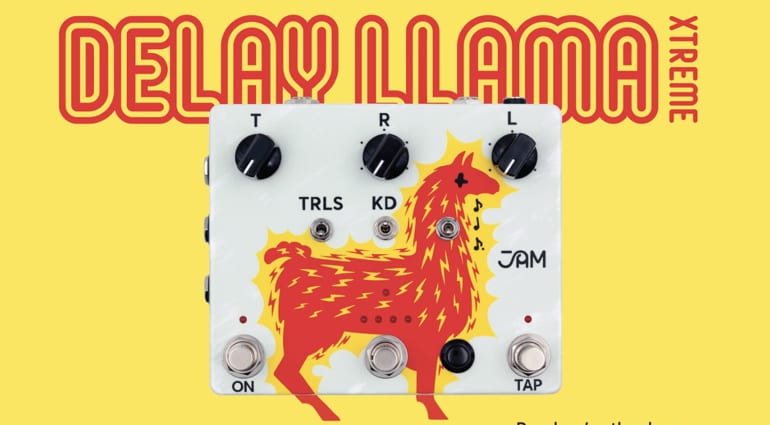 JAM Pedals has announced its brand new analogue delay, the Delay Llama Xtreme effects pedal. This boutique company based in Athens, Greece and its new offering takes the good ol’ BBD to the extreme.

The announcement came via the JAM Pedals YouTube channel and features a very twee little, mainly yellow and red short film. It goes on to reveal the brand new Bucket Brigade analogue delay, called Delay Llama Xtreme. It’s a souped up version of the standard, super-popular boutique Delay Llama* pedal range. JAM also offers the Delay Llama + * and the Delay Llama Supreme in addition to the standard version. So there’s plenty of brand recognition for the latest pedal to build on. 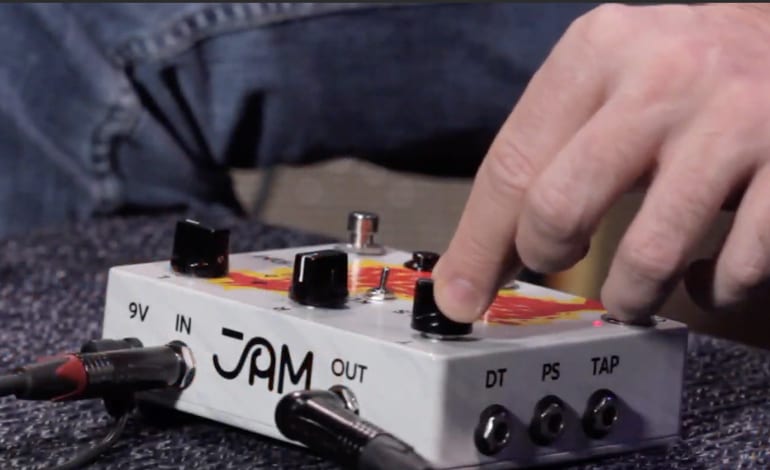 The video goes on to inform us that the new Xtreme version will have three MN3205 BBD (800ms) chips and four savable presets. You will also have access to four distinct delay trails effects, including Vibrato, Tape-Age, Random and Pitch-Shift.

You also have a tap tempo with subdivisions, a hold function, kill-dry, trails (buffered) or regular true bypass modes.

It looks as though the company has taken its existing concept even further in the Xtreme edition. We will have to wait until the official launch during Winter NAMM though, as currently the company’s website has no further information about the new analog delay pedal.

You can go and visit JAM Pedals at the Winter NAMM Stand HALL D, booth #3441 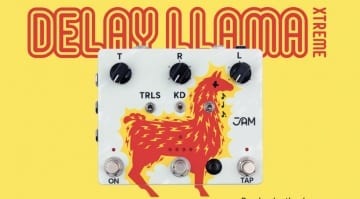 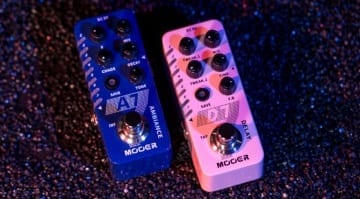 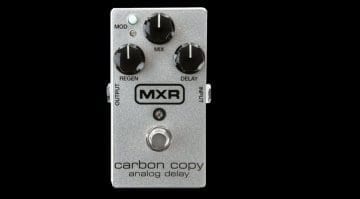 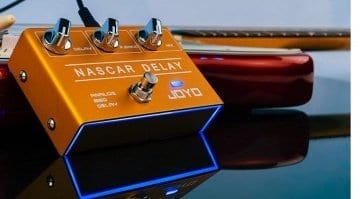 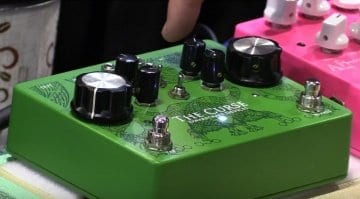