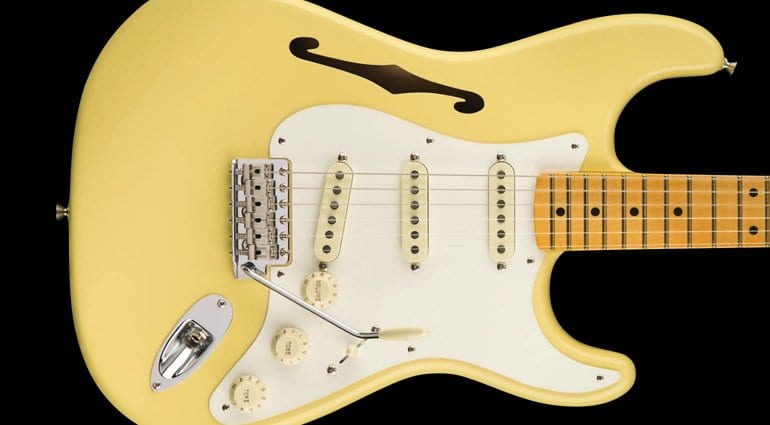 Fender has today announced a new Eric Johnson Signature Thinline Strat based on his already popular signature Strat, but now with a from semi-hollow alder, which should give it a slightly different tone to the originals.

A new take on an old favourite from Fender’s Signature series of Stratocasters, full disclosure, I owned an original first year of production Eric Johnson Strat myself and it was a nice guitar, so I am familiar with the model.

It has got the same ’57 Soft V shape quartersawn maple neck, vintage staggered tuners and his specially voiced Eric Johnson single-coil pickups which are pretty fat and fairly clear sounding.

Part of the design of this new Stratocaster is obviously the Thinline aspect of its construction which means that it has an f-hole and you will probably either love this or hate it, personally, I am in the latter camp and think it looks pretty ugly and slapped on.

Available in either Vintage White or a Two-Tone Sunburst nitrocellulose finish I feel the colour options really do not help the overall look of this guitar, I would have liked to see some better vintage colours as options myself. 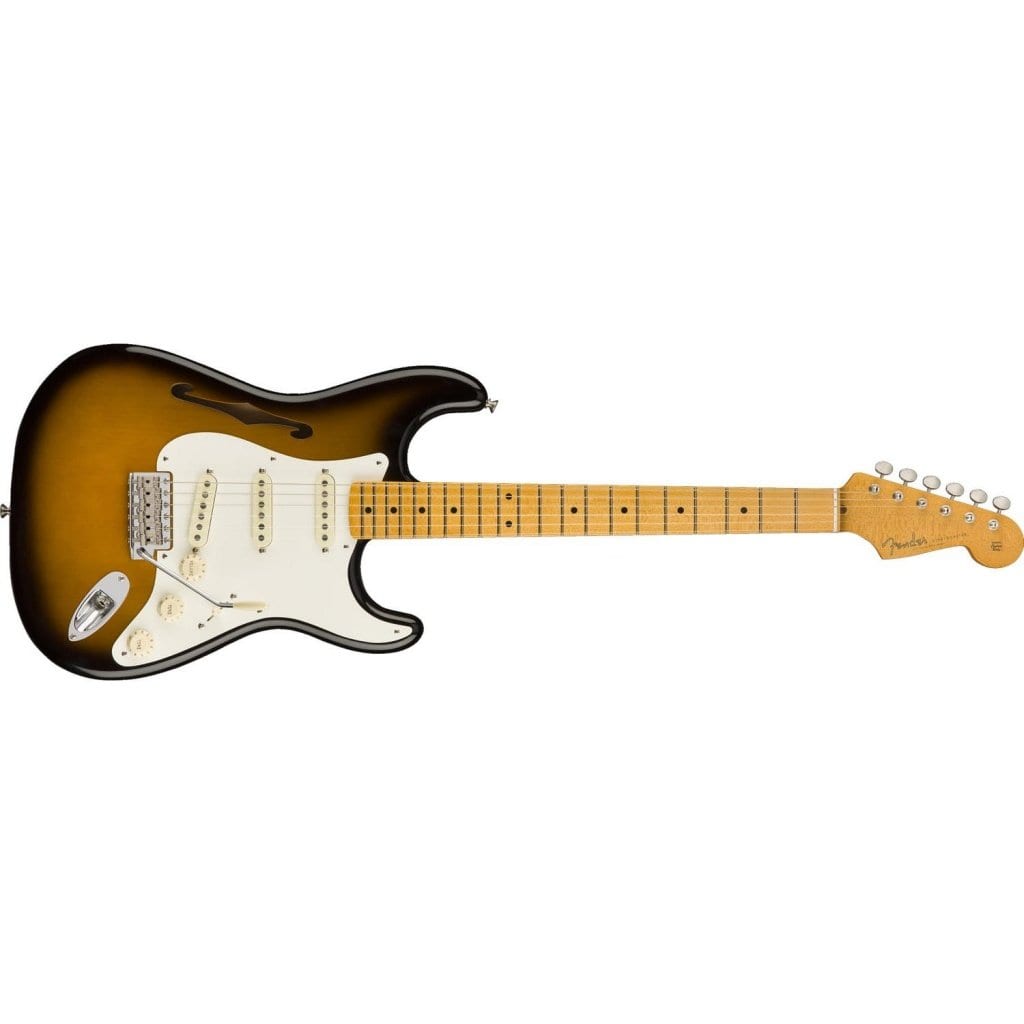 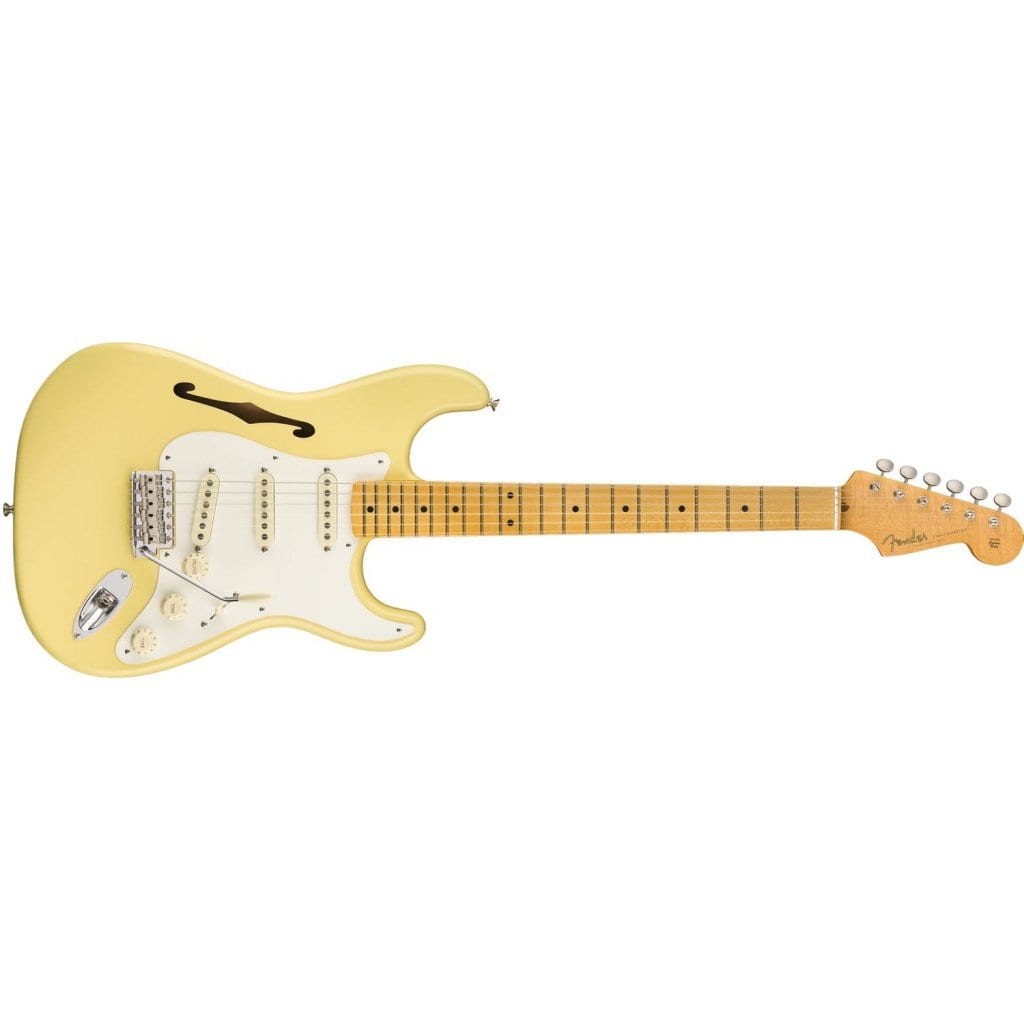 I get Eric Johnson is a pretty awesome guitar player, but this new signature Thinline Stratocaster really doesn’t do it for me personally and I think it is a bit of an oddity, but I would still like to hear one in the real world at least.

When I owned my Eric Johnson Stratocaster I found the 12″ radius too flat and the guitar was a bit too stiff which is why I swapped it for something else in the end. Now your mileage may vary and so I would recommend going to check one of these out if you like the aesthetic.

They aren’t showing on the Fender website, but UK dealers are already listing them for sale as of today.