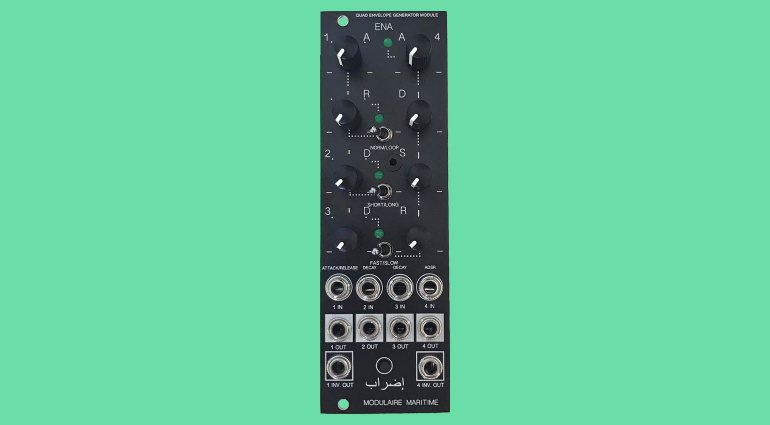 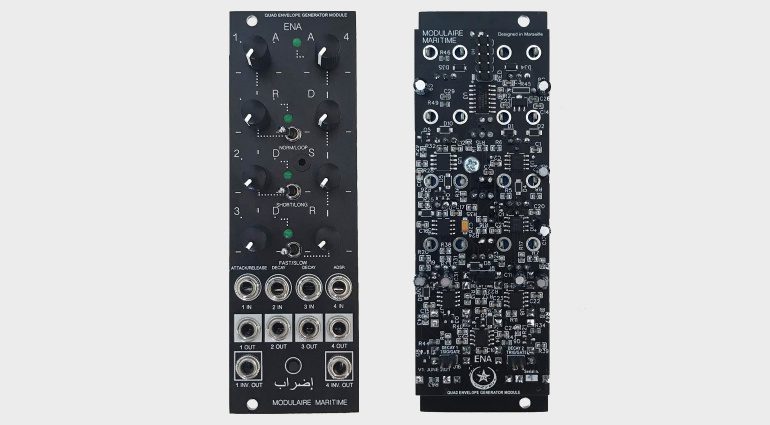 ENA is a quad envelope generator but one that offers four different envelopes within the same module covering ADSR, two different AR and a Decay envelope.

It’s unusual to find a spread of different envelopes on a single module. This is not going to be very useful for polyphonic patches, instead, it offers different envelopes for different situations in your rack. Within the compact 8HP for you get two different Attack/Release envelopes, an independent Decay and a full ADSR.

Within the module, you’ll find a bit of looping, inverted outputs and adjustable Decay circuits that can be switched Fast/Slow and Short/Long, which…. erm… aren’t they the same thing? All four envelopes are normalled so you can trigger them from a single source or separate them out with the independent inputs. There’s also a button for triggering them manually. On the back, you can set a jumper to switch between whether the Decay envelopes respond to triggers or gates which is really useful for percussive sounds or fast filter action. 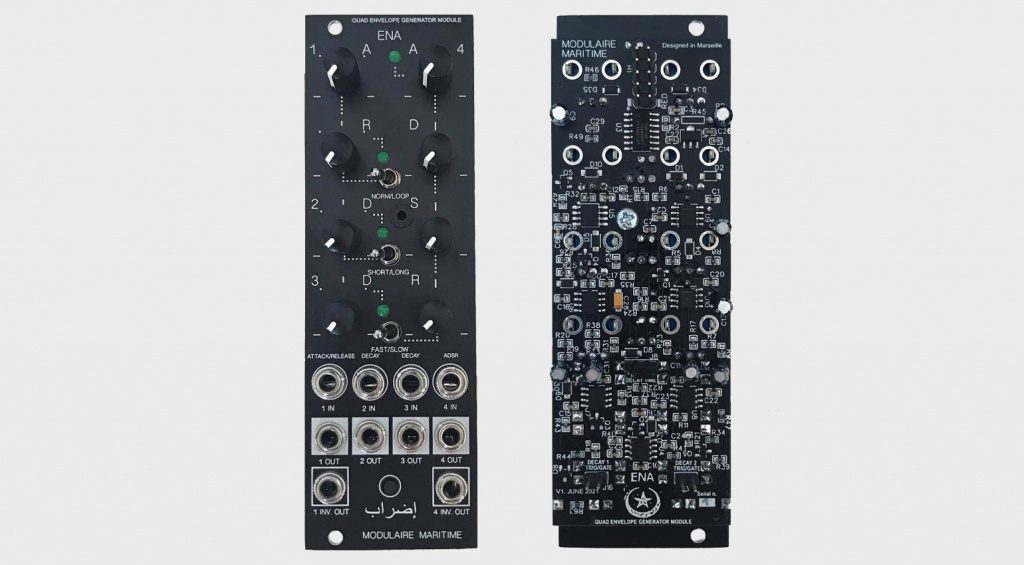 I confess I don’t fully understand the differences between the 4 envelopes or all the functionality but it’s very useful to have different envelopes available for different scenarios.

It’s also interesting to note that Modulair Maritime, who operate out of Marseille in France, begins the description on the website talking about Étoile Nord-Africaine (ENA) and their role in the independence of Algeria. They say that modules are often named in connection with subjects pertaining to the “radical progress”. While I’m uncertain how this relates to the module here’s what they said.

ENA (Étoile Nord-Africaine) was the first organisation who federated North African Workers in France. Founded by demand of Internationale Communiste addressed to Parti Communiste Français to developpe action among Kabyle and Arab immigrant workers ENA will afterwards claim end of colonial rule and independence of Algeria.

The ENA Envelope Generator will be available in September for €145. 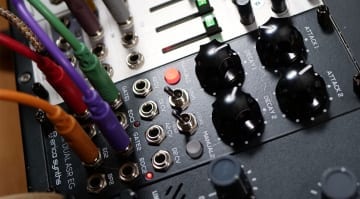 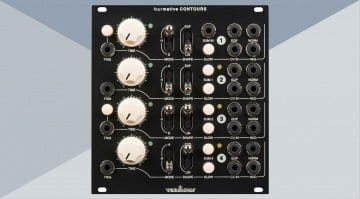 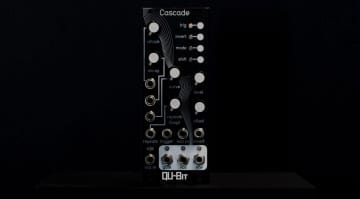