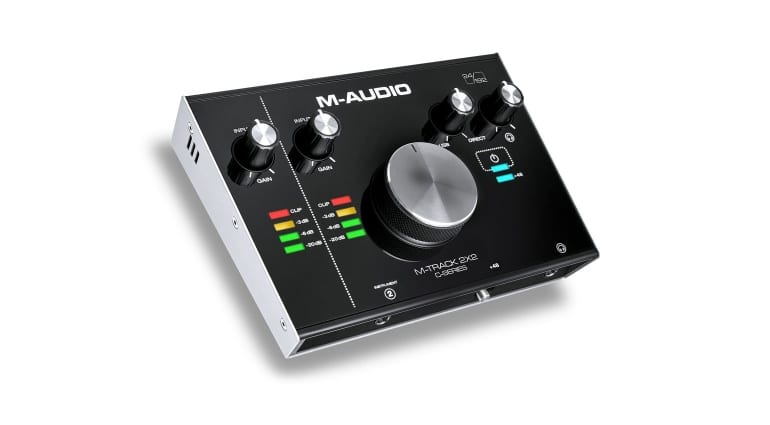 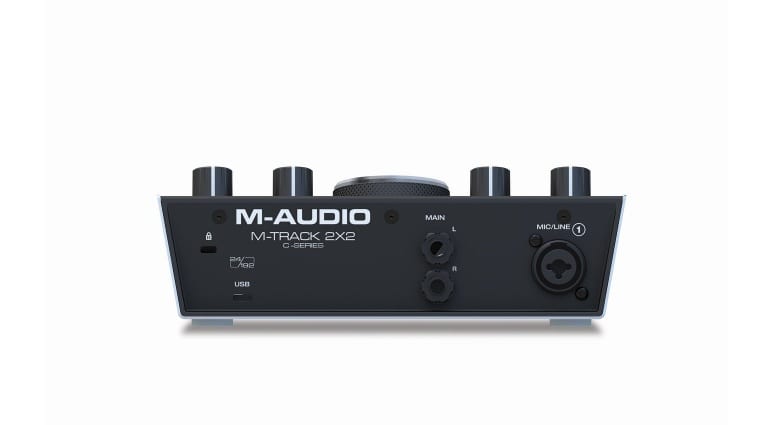 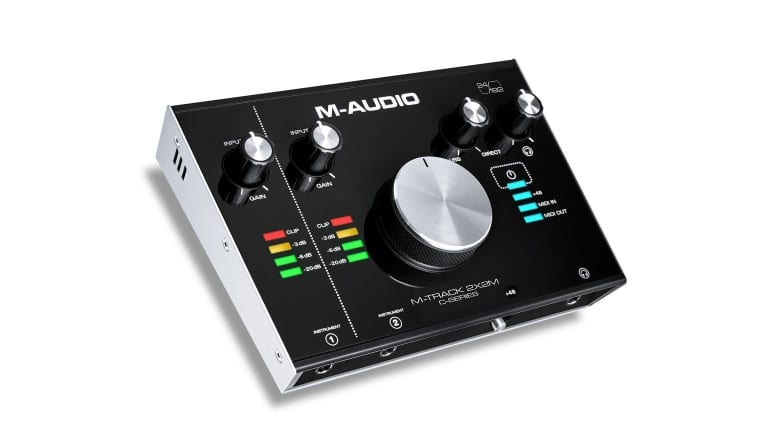 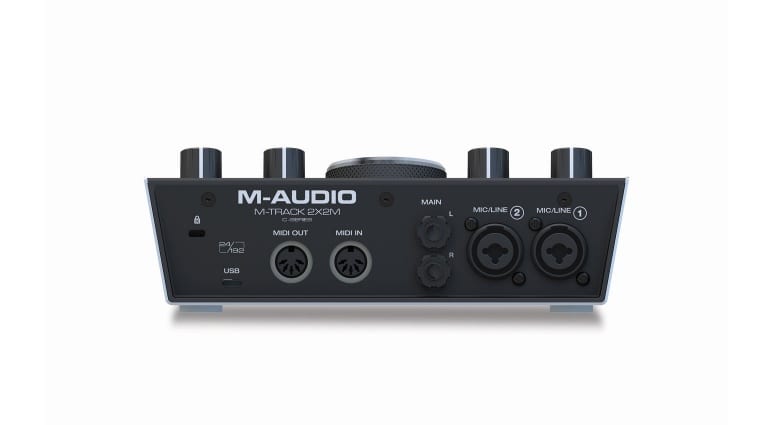 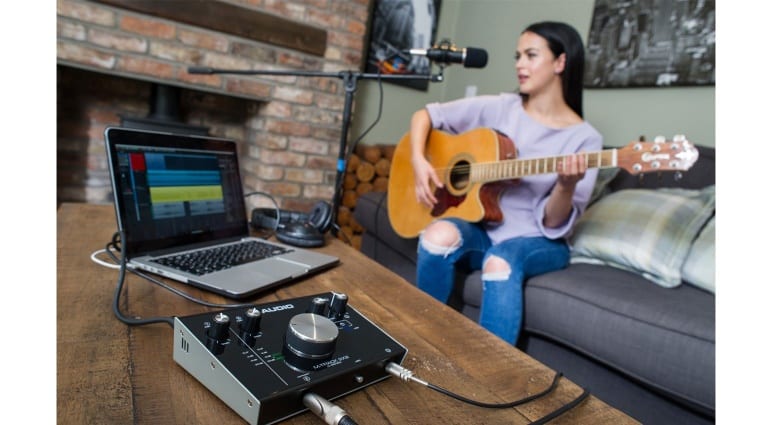 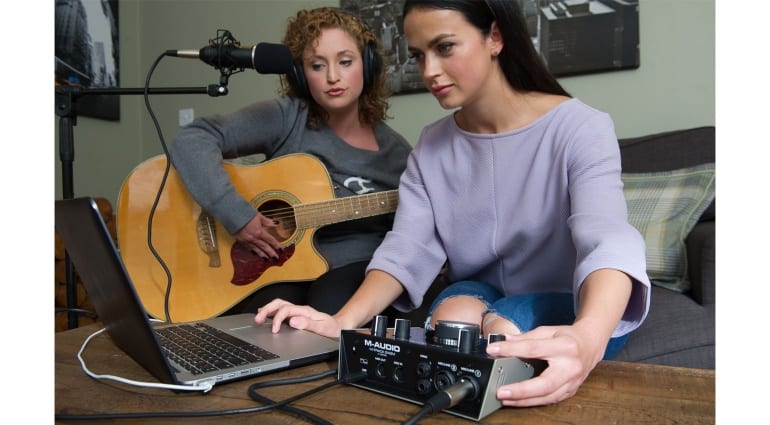 When a friend drops by it can only be the 2X2M  ·  Source: M-Audio press pack

I was quite taken with the new range of audio interfaces from M-Audio when they appeared at NAMM back in January. Although these 2×2 interfaces have popped up as products on the website they hadn’t actually appeared in the wild – until now. As from the 25th August, the 2X2 and 2X2M are officially available.

The 2X2 and 2X2M share many of the same properties. In fact they’re so similar that you can’t help wondering why they both exist. They both support 24bit and 192kHz of “studio quality” audio. Both feature M-Audio’s exclusive “Crystal” low-noise preamps and converters. They share the same pro-grade metal chassis with the big aluminium knob in the middle. And they come with the same software bundle.

They differ only in the number of connections. The 2X2 has a single XLR combo mic input and an instrument input. Whereas the 2X2M doubles that up to two of each and adds a MIDI interface. The difference in price is 20 quid which makes me think why bother with the cheaper one? They are both aggressively priced at £79.99 and £99.99. I can’t think for the life of me why anyone would buy the cheaper one. Manufacturers often release regular and pro versions of things but with well-defined differences. It would make more sense to me for the 2X2M to have the exclusives on the 192kHz and Crystal preamps and bump it up to £129. Anyhow, regardless of their reasons the pricing on either model is amazing and if the driver performance is as good as M-Audio interfaces used to be then these could be very attractive boxes indeed.

They are huge, though. Don’t get me wrong, I really like a desktop/tabletop form factor, but in the image it’s almost as big as the laptop – for 2 ins and outs. I also like the story in the marketing “lifestyle” images where when she’s by herself all she needs is a 2X2, but when her friend arrives then it’s the 2X2M or nothing!

Anyway, back to the features. It’s USB of course but it also comes with the USB-C cable which is very handy. The big knob in the middle is just for volume as far as I can tell. The headphone output has it’s own knob. The bundled software includes Cubase LE from Steinberg but also a nice bundle of virtual instruments and effects from AIR which used to be bundled with Pro Tools – nice. 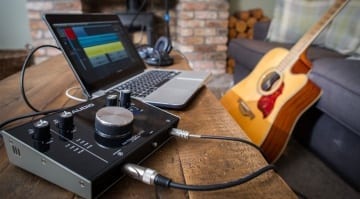 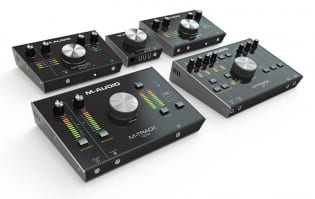 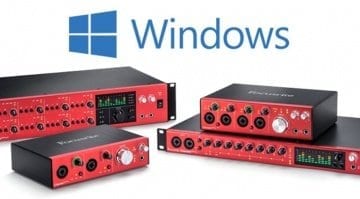 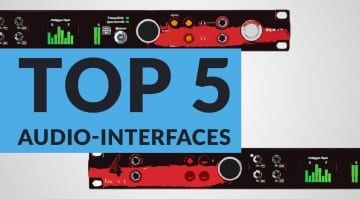 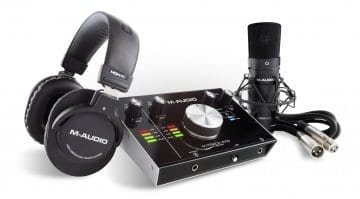 I’ve actually ordered one of these, for my little mini recording rig. Should get it by the end of the week. Looks pretty solid, will report back after a few weeks and let you know what I think.

I went for the 2X2M, its arrived today. Looks pretty sturdy, though its not as massive as I thought it might be thankfully, will be running under Mac OSX. Will report back my findings in a few weeks.