Leapwing Audio has teamed up with Al Schmitt to create the Al Schmitt Signature Plugin. With six unique profiles for various instruments, Leapwing says that the plug-in captures the legendary recording engineer’s workflow, gear and processes.

After making a name for themselves with a series of spatial and dynamics plug-ins including Stageone, Centerone, Dynone and Rootone, Belgian developer Leapwing has released the company’s first signature plug-in. Developed in collaboration with Al Schmitt, the plug-in aims to bring the legendary engineer’s signature sound to your DAW.

Al Schmitt needs no introduction: One of the most prolific recording engineers of all time, his name is associated with acts like Steely Dan, Henry Mancini, Jefferson Airplane, Neil Young, Frank Sinatra, Ray Charles and many other. He is most famous for his natural style of recording that uses minimal processing and instead emphasizes the choice of rooms and microphones and careful microphone placement. So don’t expect the Al Schmitt Signature Plugin to come laden with complex processing chains along the lines of Clearmountain’s Domain or Waves CLA Mix Hub.

Instead, the plug-in offers six profiles for various applications: vocal, piano, bass, brass, strings and mix. Leapwing says that they’ve analyzed Al Schmitt’s workflow and gear to capture the signature sonic characteristics of his recordings. While the inner workings of the algorithms remain the company’s secret, you do get a set of simple controls to tune the profiles to your liking.

You can adjust the “Body Level” and “Air Level” and choose from three types of “Air”. There’s also a compression slider, and you can add “Echo” (reverb) with a choice of three types. Each of these parameters react differently for each profile. They’ve also added some harmonic distortion for a bit of “extra magic”, according to Leapwing.

Like many “one knob plug-ins”, the Al Schmitt Signature Plugin doesn’t give you a great deal of control and instead relies on the underlying algorithms. Ultimately, you’ll have to try for yourself if the various profiles work for you and your recordings. While it’s a bit hard to believe that Al Schmitt’s signature sound can be recreated by throwing a plug-in onto a track and adjusting a couple of sliders, Leapwing seems to have put a lot of thought into it.

The Leapwing Al Schmitt Signature Plugin is now available for an introductory price of €118. You can get it at Plugin Boutique (affiliate link). This introductory offer lasts until March 10, 2021. After that, the regular price will be €149. A 30-day free trial version is available. 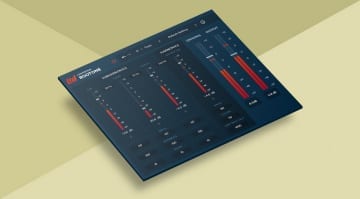 One response to “Leapwing Al Schmitt Signature Plugin: the legendary engineer’s sound in your DAW”