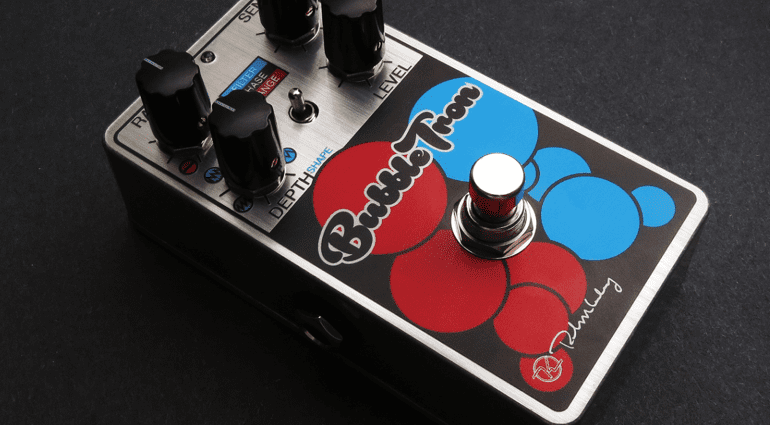 Robert Keeley, it would appear, is a huge Frank Zappa fan. The basis for this acute piece of deduction is a new pedal that tries to capture the late guitarist’s lead tones. The Keeley Bubble Tron is a combination of a dynamic phaser and flanger, with a stepped filter section is thrown in for good measure!

So Keeley have combined the DynaFlange, DynaMoPhase and a Random Filter then squeezed them into the Bubble Tron pedal. These effects never existed quite like this before and Robert Keeley calls it ‘Neo Vintage’. He has tried to capture the guitar tones that Frank achieved, a guitarist famous for his studio and live tones being both unique and instantly recognisable.

Frank Zappa used a MicMix DynaFlanger and Keeley have used this as the basis for the DynaFlange section of the Bubble Tron. It uses dynamic flanging and can also achieve positive and negative flanging effects, rather than just swirling up and down like regular flanger pedal. It re-starts the cycle each time you hit a note and can flange in either direction.

The DynamoPhase phaser section is also dynamic but blends the signal with a phaser driven by an LFO. This phaser effect also starts and stops as you play your notes, unlike most common modulation effects.

Finally you get a filter section with ‘stepped’ wave forms that can be randomised. The pedal has a band pass filter to achieve synth like tones and is controlled by the Sensitivity Control. 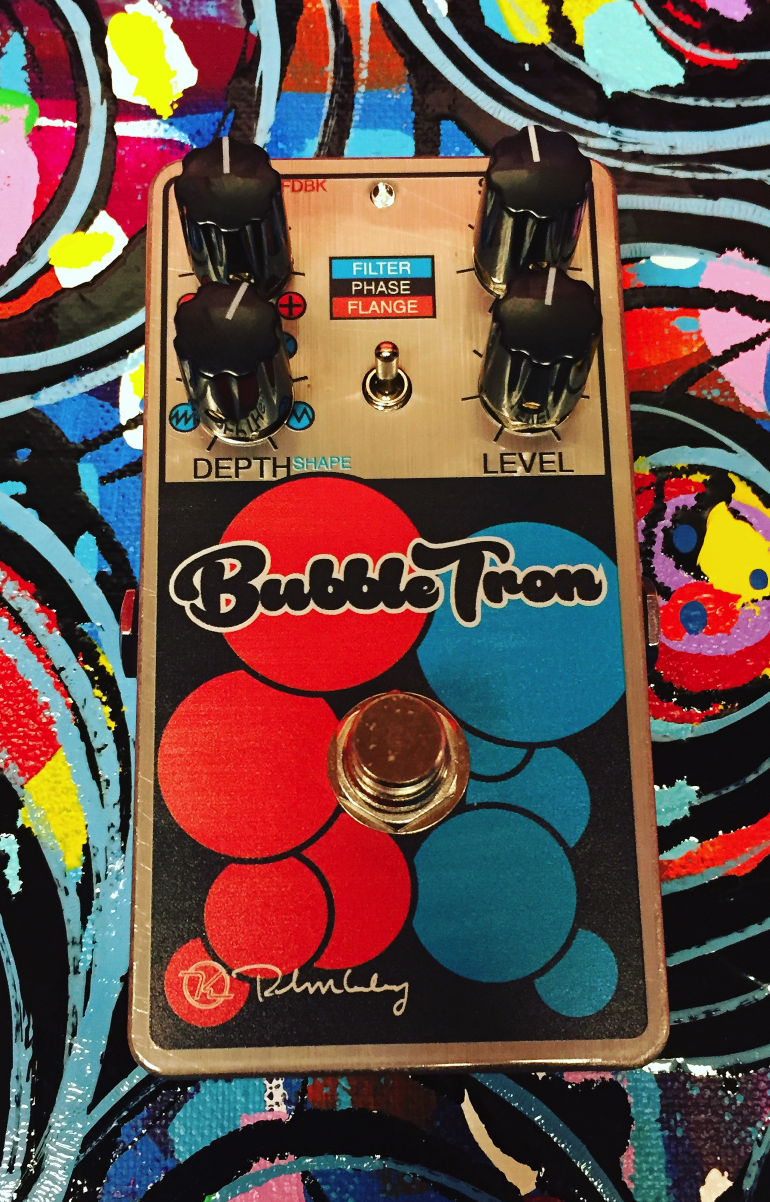 Keeley Bubbletron inspired by the tones of Zappa

I love the idea of this effect pedal and the demos online have impressed me so far. I am a bit obsessed by flanger/phaser pedals anyway, so it’s something I reckon I would enjoy trying out myself. Oh, and I’m a huge Zappa fan as well!

I would recommend you listen to the demo video below as this pedal really needs to be heard to understand it. It’s a long video at around 14 minutes and goes into some depth, so worth a watch if you enjoy a good modulation effect. Personally I am loving some of the new effects that Keeley are putting out this year and its great to see/hear some genuinely interesting effects again and signature effects that are well thought out.

For more on the Keeley Bubbletron, head over to their site. 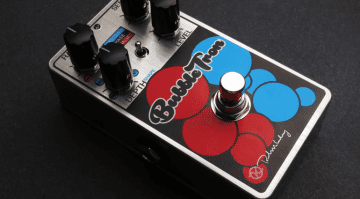