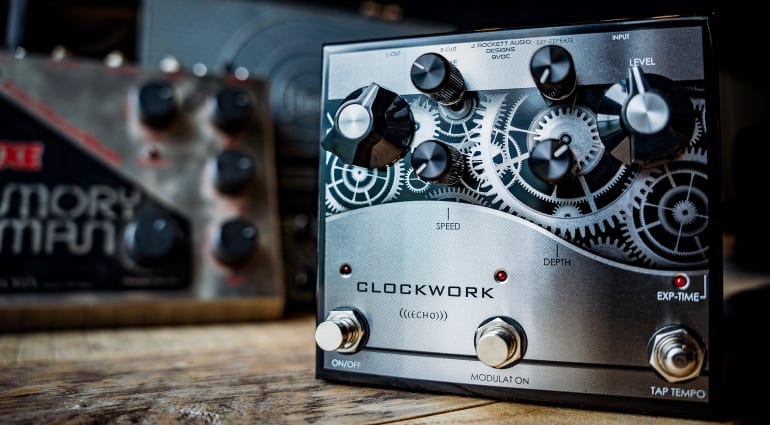 The new J Rockett Audio Clockwork Echo is an analogue stereo delay that revives the magic of the old Electro-Harmonix Deluxe Memory Man. So if you wanted some modern updates to that classic delay sound, look no further.

Developed in collaboration with Howard Davis (creator of the original Deluxe Memory Man), J Rockett Audio has created a modern-day reincarnation of the legendary DMM. The company feels that guitarists seem to have forgotten the “magic of the old school”, i.e. good old analogue designs, in favour of modern digital products. And that’s exactly where the all-new Clockwork Echo comes in. 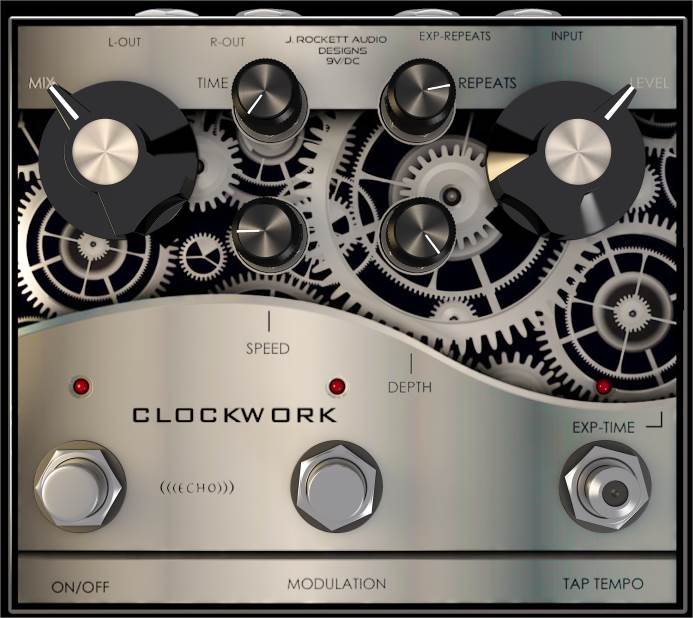 The “magic of the old school” – what does that even mean? Well, instead of digital algorithms, the Clockwork Echo uses bucket brigade delay chips that are then digitally controlled for the tap speed. The rest of the circuit is purely analogue. You can get the full effect of the delay via the stereo output, with one side neatly phase-shifted. There are two expression pedal inputs for controlling time and repeats. The modulation department (speed and depth) can be easily deactivated by means of a footswitch. I also like that the boost of the built-in preamplifier can be used as “Always On“, which means you get to use the pedal whether the delay is enabled or not.

The modulation controls invite you to experiment and will reward you with lush chorus, rotary speaker and flanger effects. The sounds vary nicely, and range from some nice long delays all the way through to self-oscillation (max. 600 ms), or room-like slap-back echoes and everything in between. It has plenty of great sounds on offer and I’m sure fans of the original Deluxe Memory Man will love this modern-day take on the classic effect.

Check out the demo videos below to hear it in action. 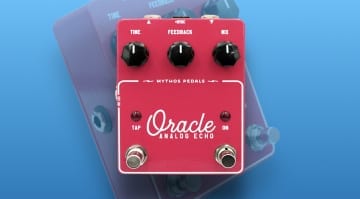 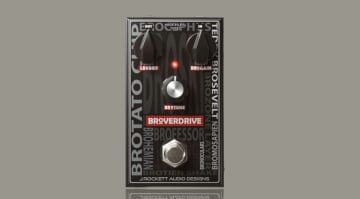