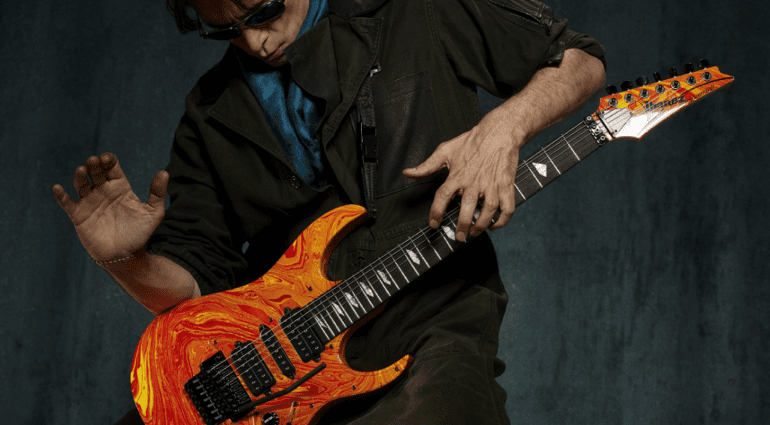 Ibanez is celebrating the  25th anniversary of Steve Vai’s Passion & Warfare album with the release of three very limited edition JEM 777 guitars. The three models announced back at the NAMM show earlier this year are now available for you to purchase. Named Passion, Warfare and Silver, each guitar features a hand-swirled finish in a unique, one-off design reminiscent of Steve Vai’s original seven string JEM  from 25 years ago.

This landmark guitar album really put Steve Vai on the map as an extraordinary guitarist who had technique and licks, with oodles of feel and soundscapes all bundled in for good measure. From ‘The Audience Is Listening’ and ‘Blue Powder’ through to ‘Sisters’ and of course ‘For The Love Of God’, the album featured some memorable tracks for Vai fans.

The album is considered by many fans to be his best work, and many of us remember hearing it for the first time and our jaws hitting the floor. I still have my old vinyl copy that I bought the day it was released and have to say I think it holds up very well for a 25 year old ‘guitar’ album. I always enjoyed the mini track ‘Alien Water Kiss’ myself.

Each guitar is built in Japan and based on Steve’s original 7-string Universe from back when the Passion And Warfare album was released. They are all seven string models with Lo-Pro Edge 7 trem systems and DiMarzio Blaze pickups. You get 24 jumbo frets of a one piece UV maple neck, which has a rosewood fretboard inlaid with the ‘Disappearing Pyramids’ fret markers.

Each guitar has an American basswood body, which is then hand-swirled, to give each instrument a completely unique psychedelic paint job. The three different models each have a colour palette scheme which sets them apart from one another. I love these and would find it hard to choose between either the Warfare of the Silver model…

Each guitar comes with a certificate and a limited edition hard case. The runs are very, very limited, so best get in touch with an Ibanez dealer if you really want one. They won’t be cheap, but I’m sure they will be popular with die-hard Vai fans.

These guitars are special and I imagine they will one day be collectors items and very much sought after. I really hope they actually get played though and not stuck in a vault or under a collector’s bed. 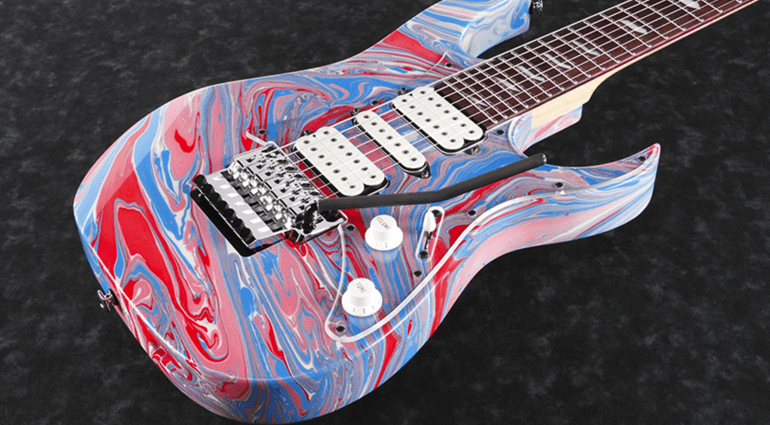 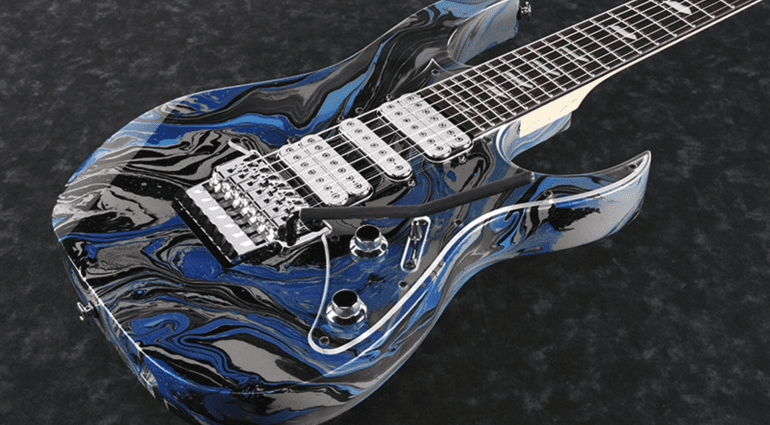 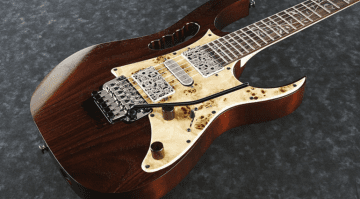 I want the orange one!