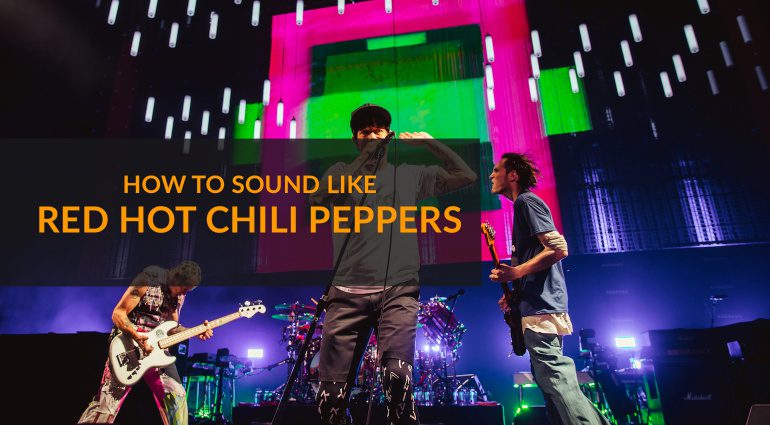 Easily one of the most influential bands of their generation, the Red Hot Chili Peppers blurred the lines between funk, punk rock, and alternative. Over the years, they’ve stacked up awards and sold over 100 million records worldwide.

As you can expect, during this time the band has had its ups and downs. Although changes in the lineup noticeably altered the overall sound, it was, by and large, the material written with guitarist John Frusciante that had the greatest impact.

The band can also attribute a fair amount of its success to its long-standing relationship with the producer, Rick Rubin. Few have such a diverse and illustrious production catalogue, and he has worked on nine of the thirteen RHCP studio albums.

For a four-piece outfit that has been active for nearly 40 years, the RHCP lineup hasn’t shifted too much. Let’s take a look at some of the band’s instrumentalists and discuss their roles in the group.

In addition, we’ll check out some of their key gear choices and find out how they contributed to the overall sound.

Founding member and highly energetic bass player, “Flea”, has been a constant driving force within the Red Hot Chili Peppers from the very beginning. The way he distinctively combines rhythmic funk and punk style basslines is a defining element in the RHCP sound.

Flea’s colourful personality is all over everything the band does both in studio and on stage and he quickly adapts to what each song demands in terms of style and expression. He’s used a number of basses in his career, including a Spector NS-2, Wal Mach II, a Music Man Stingray 5, a Modulus Funk Unlimited, and a 1961 Shell Pink Fender Jazz. 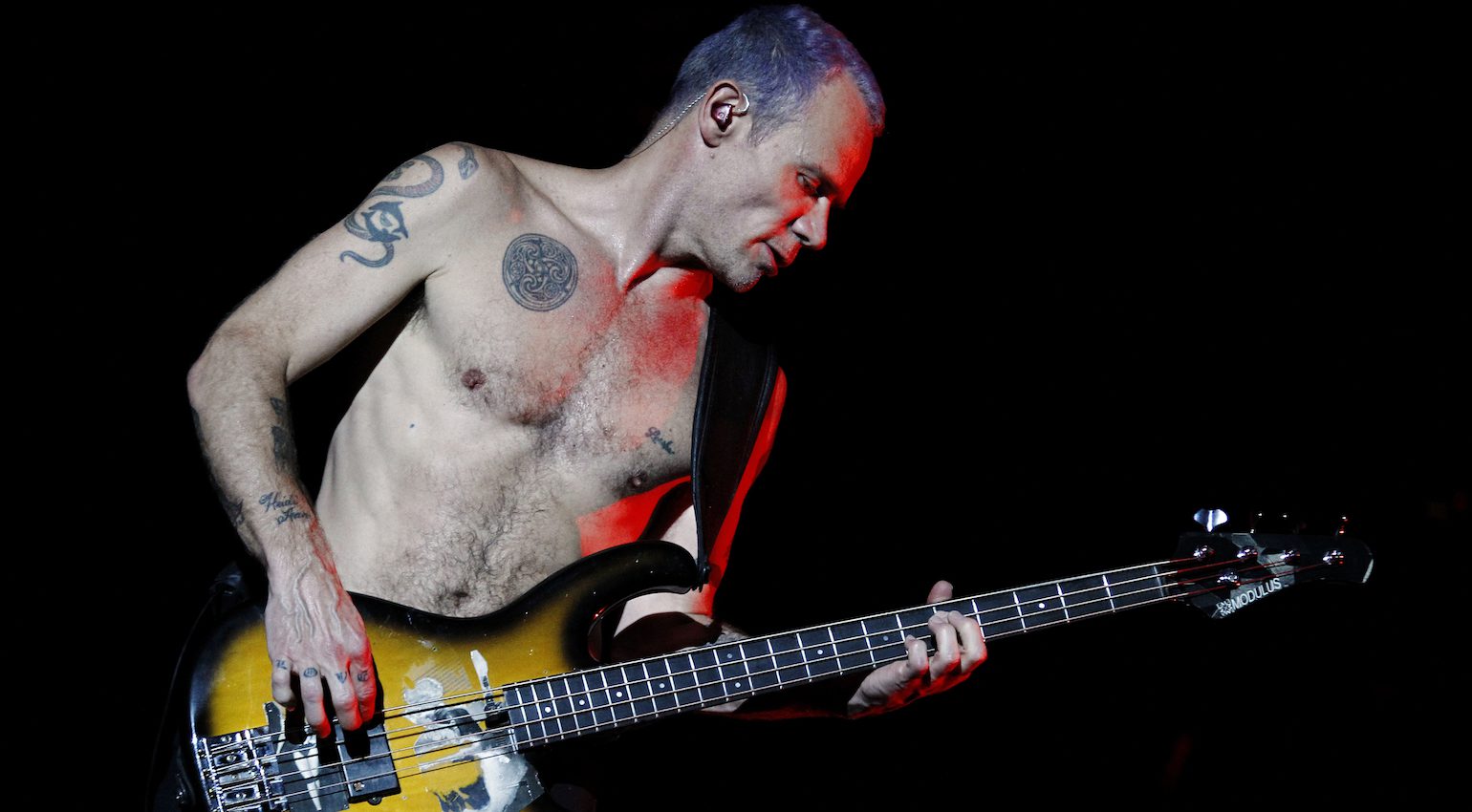 The enigmatic John Frusciante’s songwriting and guitar wizardry are the reasons we know about RHCP all around the world. Few bands are lucky enough to have an artist of this depth in their lineup, and although he’s left and rejoined the band a few times, he’s still provided an immense source of creativity.

He is certainly an effects-centric guitarist, but it’s safe to say his sound comes more from his playing style. A disciple of the CAGED System, if Jimi Hendrix ever had the Pick Of Destiny, it was certainly passed down to John Frusciante. He generally preferred Fender guitars and amps and his favourite effects were the Boss CE-1, the Dallas/Dunlop Fuzz Face, and the EHX Big Muff Pi V8.

Chad Smith’s unbelievable drumming is another cornerstone of the band. His approach is extremely groove-orientated, creating dynamic licks that work seamlessly underneath the rhythm tracks and riffs throughout the RHCP discography.

You wouldn’t call Smith’s style overly technical. However, on closer inspection, his subtle but distinctive use of ghost notes and other micro-dynamics in his playing create just enough energy to bring songs to life. His kits have become increasingly elaborate over his career, as he moved from using Pearl Masters Series shells to Drum Workshop. The choice of cymbals has always been Sabian, but the core of his sound is his 14-inch steel snare. 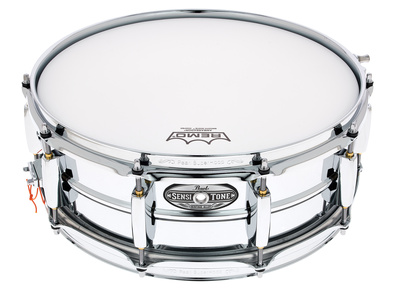 Guitarist and songwriter Dave Navarro joined the band in 1993 as part of the touring lineup, and also co-wrote the 1995 album, One Hot Minute. No one could ever fault Navarro’s playing ability or depth as a songwriter, but without clear-cut radio singles, the album tanked in comparison to the previous RCHP release Blood Sugar Sex Magik.

His contribution is still highly musical, with a great contrast between clean riffs, slick effects, and heavy distortion. Navarro has always used PRS guitars throughout his career, which includes appearing on stage and in studio with some of the biggest names in the industry, as well as his work with Jane’s Addiction. 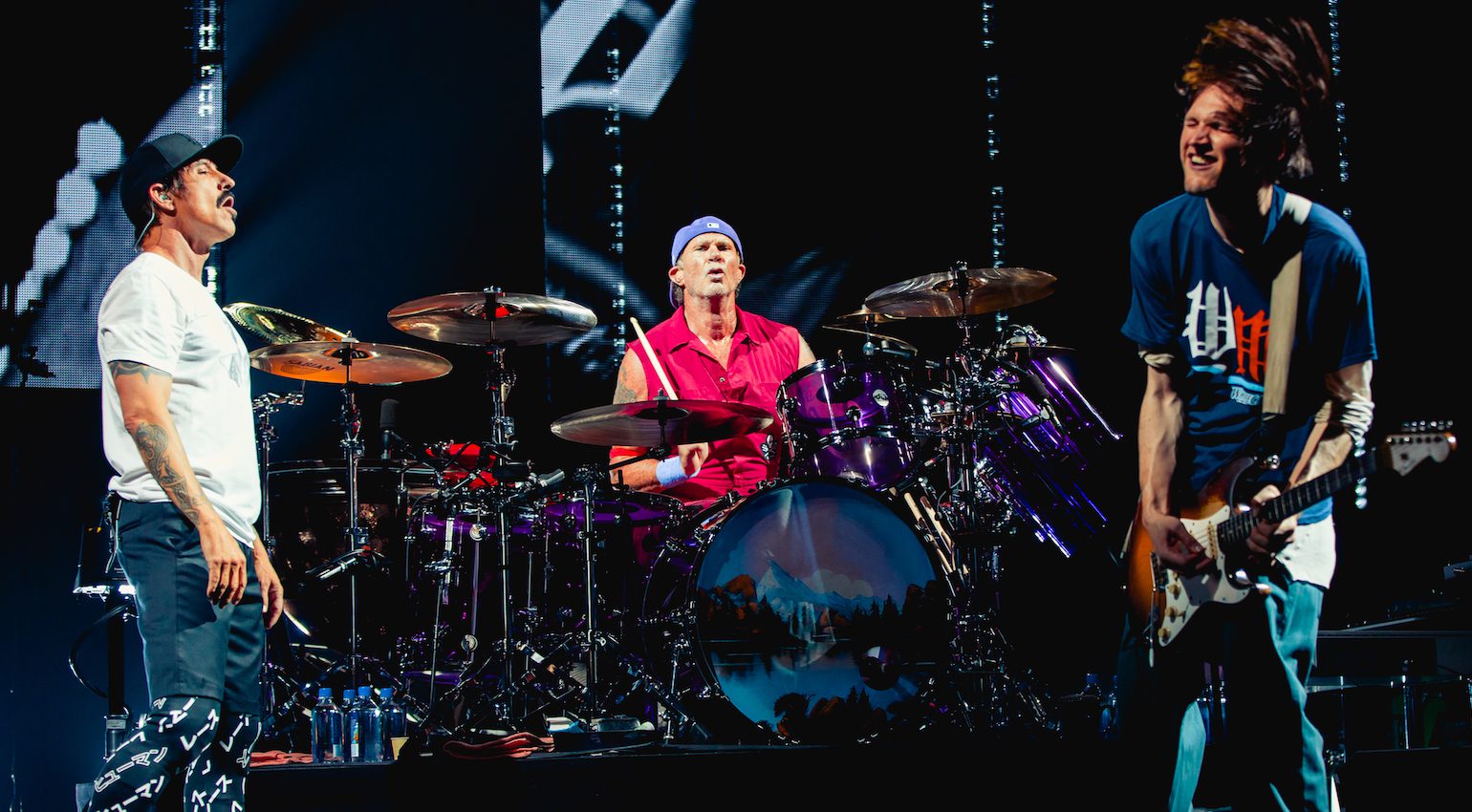 Rock ‘n Roll Hall Of Fame inductee, Josh Klinghoffer is another incredibly diverse guitarist who has played with some of the top acts including Gnarles Barkley, PJ Harvey, and more recently, Pearl Jam. He originally joined RHCP as a backup guitarist on the Stadium Arcadium tour and went on to record I’m With You (2011) and The Getaway (2016) with the band.

Klinghoffer generally uses Fender guitars, especially Stratocasters. However, he has also used Rickenbacker and Gretsch. He also uses a variety of effects, including several Boss and Electro Harmonix pedals, while his rig is driven with a combination of Marshall and Fender amplifiers. 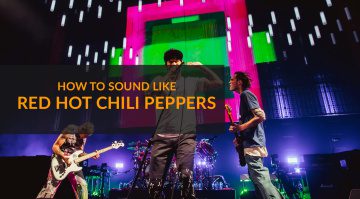 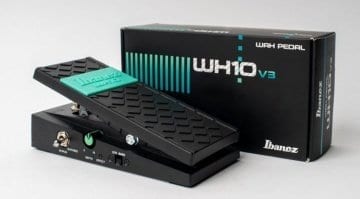 Frusciante rejoins Red Hot Chili Peppers – and his favourite wah is back, too! 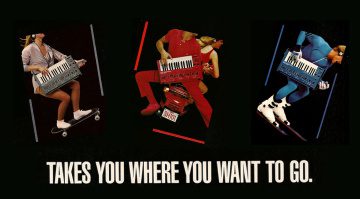 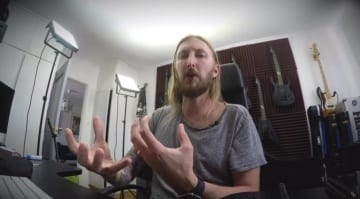 Does every amp sound the same? Ola Englund tests the theory

My last concert build was theirs and saw them perform. Wish I didn’t as it wasn’t as great as I hoped it would be. Love the album though.