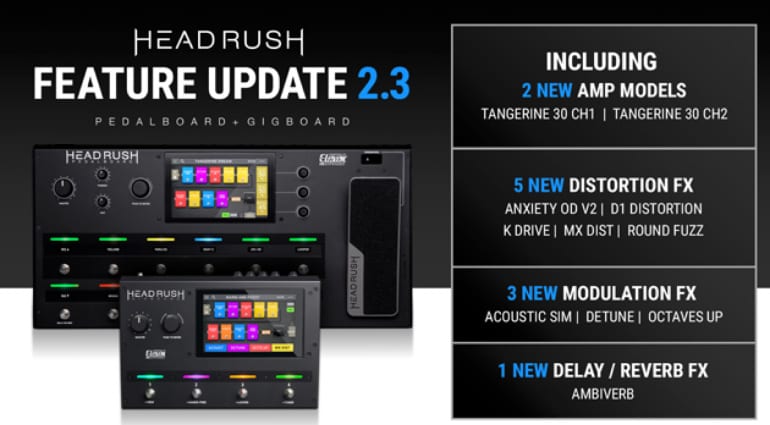 Headrush update with new 2.3 Firmware for the Gigboard and Pedalboard processors  ·  Source: Headrush

We all love new toys, and free updates that bring new virtual amps and effects have the same effect. This latest 2.3 firmware update from Headrush adds a host of goodies to the popular Gigboard and Pedalboard processors, adding two new amps and some brand new effects to play with, plus an enhanced looper and system improvements all-round.

You now have two Orange AD30HTC amp models, which gives you two channels of these British voiced combos, plus an acoustic simulator based on the Boss Acoustic Simulator as a new effect called ACOUST SIM. Overall, there is now some very tasty drives and distortions added, inspired by the Fulltone OCD, Boss DS-1, Klon Centaur and MXR Distortion. There’s even some modulation effects thrown in for good measure. 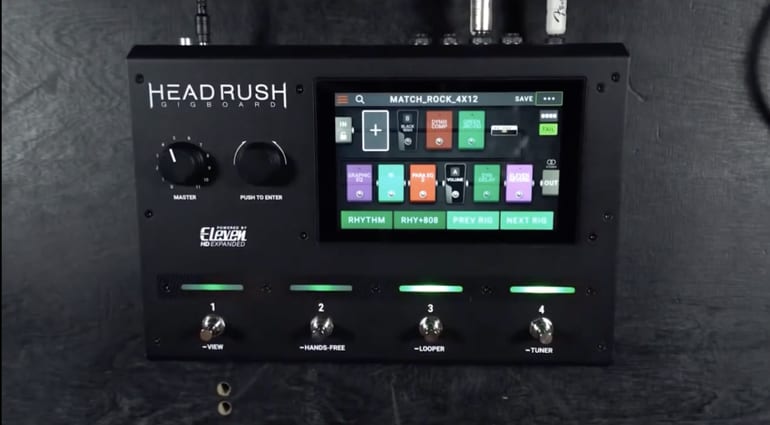 The Looper’s Feedback control now allows for advanced Frippertronics-style looping, where new layers gradually replace old layers while recording or overdubbing the loop. This can serve as a very useful tool when creating new songs and ideas. The system has also had a few User Interface tweaks and built-in USB audio interface performance with Windows computers has also been improved.

At a Glance, what’s new?

You can hear an overview of what is new in the official video below and follow the link below to grab your 2.3 firmware. As always, make sure you back-up your system before you do any updates.