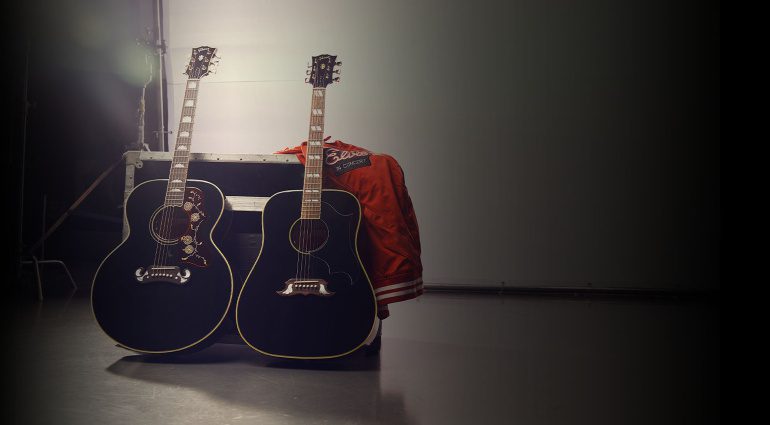 Gibson pays tribute to the King of Rock and Roll with the new Elvis SJ-200 and Dove acoustics. These two models are based on the guitars Elvis used during his career.

The Gibson Elvis SJ-200 is based on a guitar that was given to the King as a gift during a recording session at RCA Studio B in Nashville in the mid-1960s. Elvis then gave it to his aide and close friend Marty Lacker at Graceland in 1976. The Dove, on the other hand, was gifted to him by his father, Vernon Presley, and is the one that Elvis played in concert regularly from 1971 until 1975. He actually gifted the guitar mid-performance to an astonished audience member at a concert in Asheville in 1975. 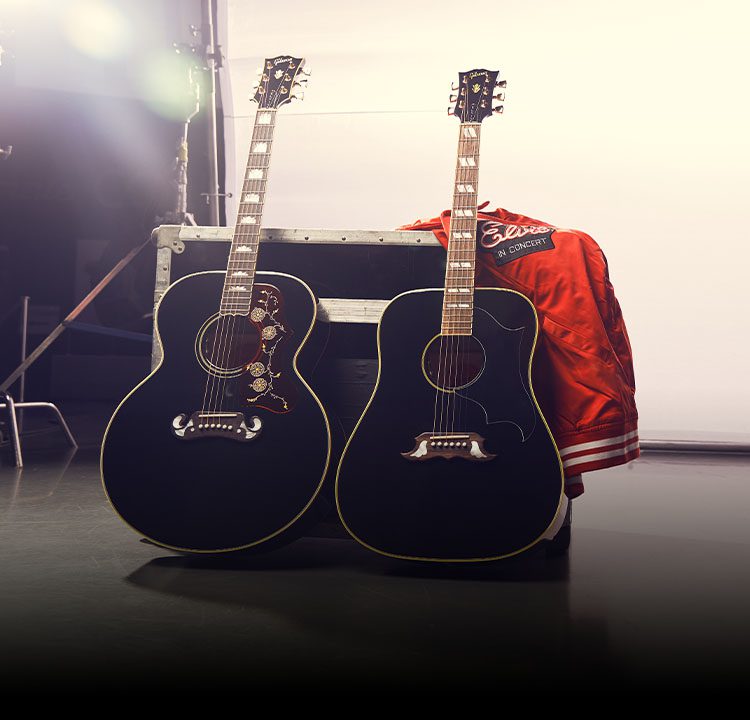 Both models are finished in ebony, with Elvis on the truss rod cover. The SJ-200 has a Sitka Spruce top, with maple back and sides, along with a 2-piece maple neck with walnut stringer, and an Indian rosewood fretboard. Whereas the Dove is almost the same woods, but with a mahogany neck instead. Both models use traditional hand-scalloped X-bracing.

Fit for The King?

If you are an Elvis fan, then these two new acoustic models could be no-brainers. Although, even if you aren’t a fan (sacrilege), then these two acoustics look great in that ebony finish, so you can still rock out with them. Thank you very much! 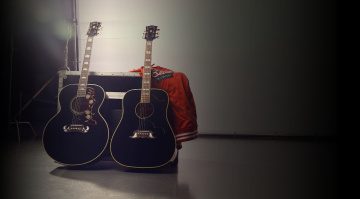 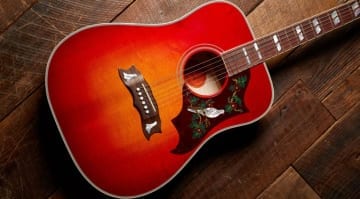 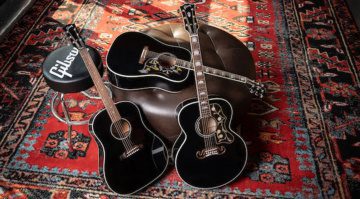 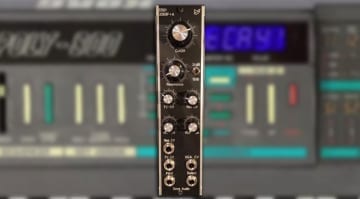 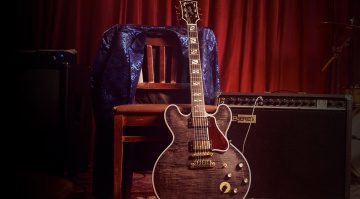