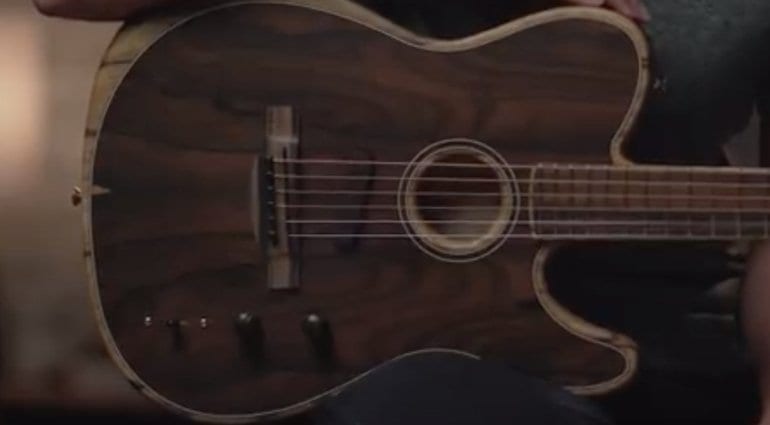 At NAMM 2019, Fender presented one of the few genuinely new guitar designs by a major manufacturer: the Acoustasonic. Now the Californian guitar maker has announced a new version of its acoustic/electric hybrid that uses offers a different tone wood selection.

This model replaces the spruce used for the top in the existing models with Ziricote. The mahogany used for the back, sides and neck has been replaced in this edition with Black Limba. Certainly a more exotic set of woods being used here. That also extends to the tuners, with this Ziricote edition sporting ebony ones, replacing the standard Fender tuners. The fingerboard has also been inlaid into the neck, so there’s no seam between the fretboard and the neck wood.

But apart from that, the basic configuration and electronics remains unchanged. The Acoustasonic has a three-pickup system. This includes a Fishman Under-Saddle Transducer, a Fishman Acoustasonic Enhancer and a Fender Acoustasonic Noiseless magnetic pickup. So as youÄd expect on a hybrid guitar, a lot of effort is made to give you a whole heap of useable tones. There is also a handy Mod Knob which selects and blends the various pickup voices, making this a versatile instrument. There’s also little frills like Fender’s ‘patent pending’ Stringed Instrument Resonance System, or SIRS for short. This is supposed to enable a small-bodied instrument to have a much fuller acoustic sound.

These new ‘tone woods’ really do push the price up, when compared to the regular editions of the Acoustasonic range. In Europe, the street price is around EUR 3290, with the original spruce/mahogany version coming in at around EUR 1800. That’s a hefty up-charge, so for me, this new version is probably not worth the extra money, on balance. But those exotic woods do have a strong aesthetic, which might be a deal-clincher for some. Check out the new American Acoustasonic Telecaster Ziricote model in the official Fender demo video below. 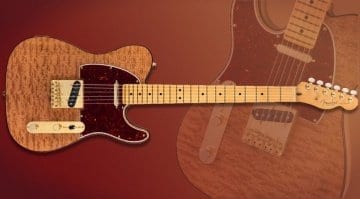