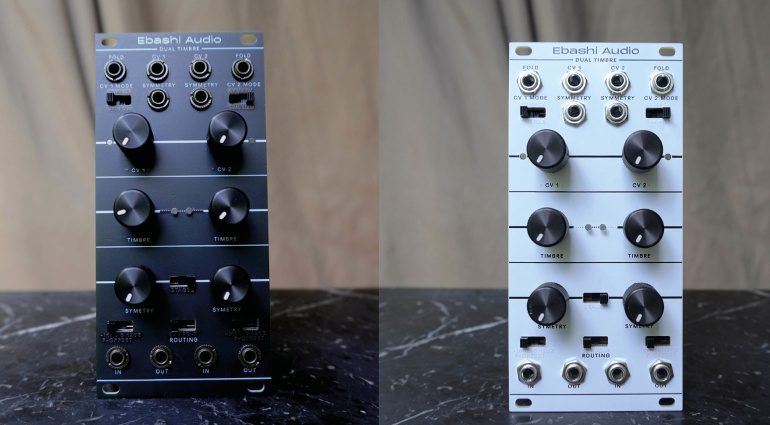 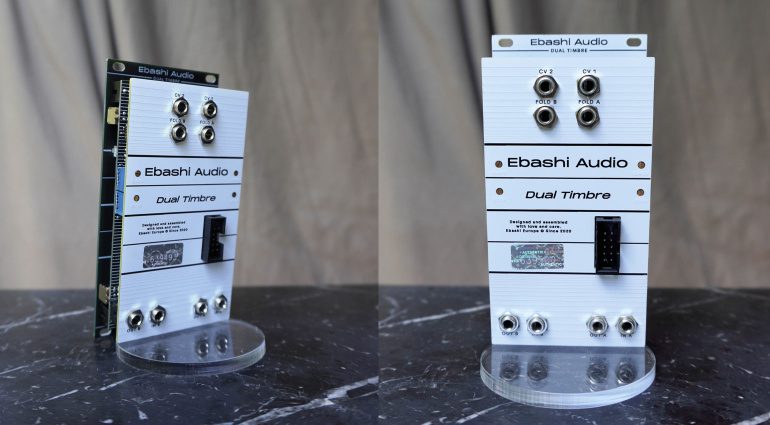 The Dual Timbre is a striking-looking module with both white and black front panels. The styling has a bit of the west coast about it but with some very modern lines and forthright knobs. You can individualise the wave folders by splitting the module directly down the middle. And then treat them completely separately. But the more interesting stuff starts to happen when you fiddle with the routing.

The folding stage (both of them) is based on the timbre section of the Buchla Music Easel. Ebashi Audio has changed it a bit, as module makers are want to do, and then it has some interesting internal feedback paths. These paths provide self-modulation of the timbre parameters. Which can produce a whole range of textures through something resembling ring modulation.

You can use Dual Timbres in serial mode where the wave folders are patched one after the other or in various parallel modes with both a non-inverted and inverted mix. It has the added bonus of being able to take on the duties of a VCA which includes some warm drive when pushed up to silly levels. Ebashi Audio suggests that the VCA mode is a bit experimental. Also, if there’s no input it has a habit of generating its own noise, interference and DC offsets.

In a strange twist, the back of the module also features some patch points. The idea is that you can pre-patch some aspects, like the chaining of the wave folders or the combining of modulation. I’ve not seen that before – intriguing. 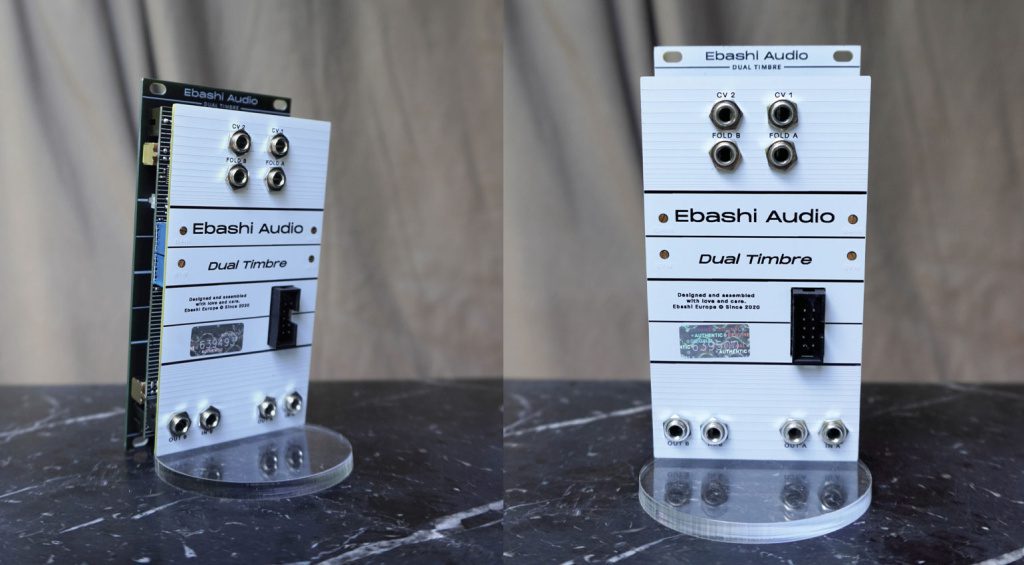 Ebashi Audio is taking preorders for €230 and you can get some of them a bit cheaper at €180 because of a misprint on the front panel. Sounds like a bargain to me! Should be available anytime now. 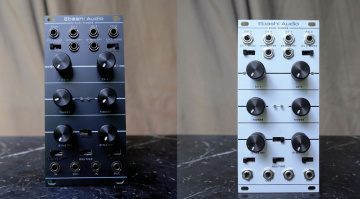 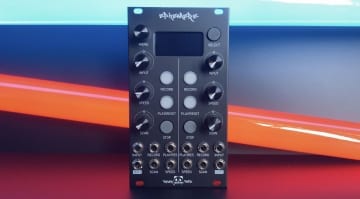 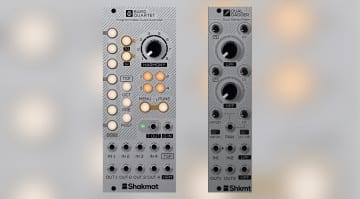