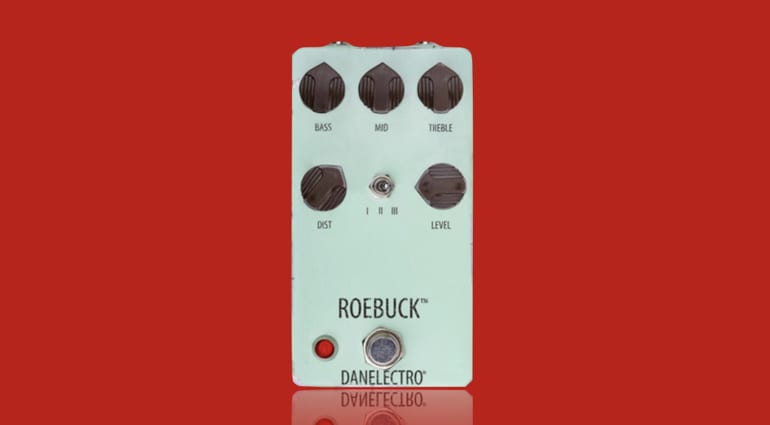 Danelectro’s new Roebuck distortion is based on the highly collectible and prized Ibanez Mostortion pedal from the ’90s. The original Ibanez models tend to trade hands for a lot of money these days on the used market, so this new Danelectro version should be a welcome sight for anyone chasing that elusive tone of the originals, but at a reasonable price.

We first saw the new Danelectro Roebuck back during Winter NAMM this year. The pedal is based on the original Ibanez Mostortion from the ’90s which, as the name suggests, was a MOSFET based drive pedal. Unfortunately, it was only produced for a short time before being discontinued. 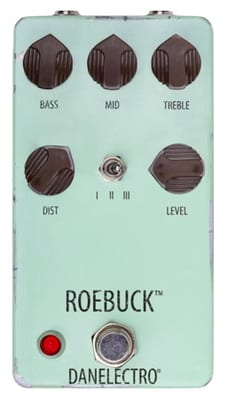 Eventually, many players, including Nashville session guitarists, cottoned on to how good it was. This drove up the prices of used originals considerably, thanks to online bidding wars, and now those old pedals can easily fetch silly money quite quickly. Hopefully this new Danelectro Roebuck* will satiate those looking to add that sought after tone to their pedalboards.

The Roebuck has controls for BASS, MID, TREBLE, DIST, and LEVEL, plus three clipping modes that allow you to further sculpt your tone. The heart of the pedal is probably its touch-sensitive three-band EQ which, when combined with the clipping modes, should give you a wide palette of sounds, making this distortion pedal amazingly versatile.

If you’re looking to get one for yourself, Thomann has them available for pre-order today. You can also have a look at the demo video below to get an idea of what this pedal can achieve. 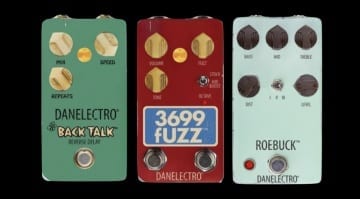 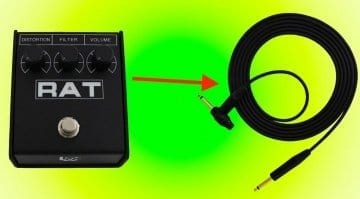