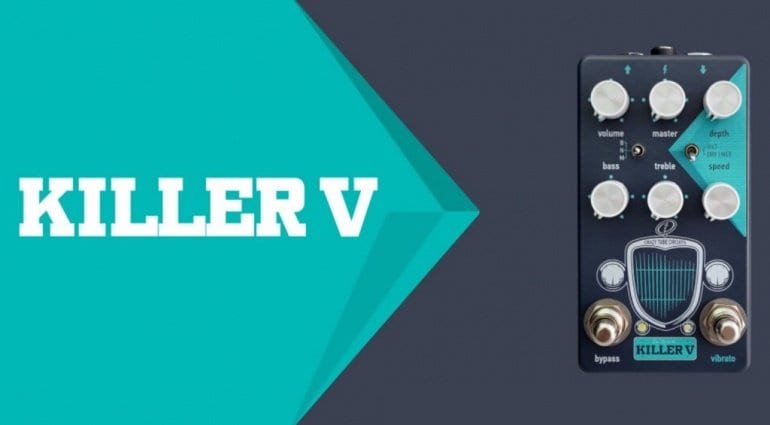 Up-and-coming Greek boutique pedal company is quickly making a name for itself with its cool name, pleasing designs and great tones. Now Crazy Tube Circuits has announced a new pedal, the Killer V, coming hot on the heels of the flexible Cyclone Phaser.

Note: We’ve been contacted by the legal representatives of Magnatone who have asked us to point out that Magnatone is not affiliated with Killer V or Crazy Tube Circuits.

The basic paradigm here is to provide two amp functions in one compact effect pedal. On the one hand, this is a deliciously dirty preamp à la Magnatone. On the other, it’s also a nice-sounding vibrato as well, with its own dedicated footswitch to let you engage it as needed. Crazy Tube Circuits designed the Killer V around JFET technology and an internal voltage multiplier for much higher headroom in an attempt to replicate how a valve amp works. Let’s take a closer look at both functions of the Killer V! 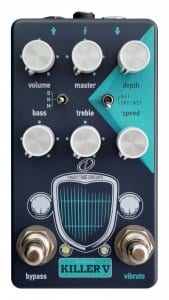 The preamp tone here isn’t your average hi-fi, clean preamp sound. Instead, this thing gives you a big dose of dirt, compression and a colouring reminiscent of sounds from the 50s and 60s. In addition to the 2-band EQ, you can select 3 modes via a toggle switch: Mellow, Normal and Bright.

Over the years, the Magnatone amplifiers have been modified a few times to get even more gain out of them. To reflect this, Crazy Tube Circuits has included an additional hidden setting. So if the factory setting isn’t giving you enough dirt, you can grab a screwdriver and set the internal switching from normal to modified.

With some amplifiers, only the volume is changed for the vibrato effect. The Magnatone amps, on the other hand, vary the pitch. That gives you an altogether different sound and is implemented in the Killer V, too.

Take a listen to the demo videos below to hear this new boutique preamp and vibrato pedal in action. It is certainly far cheaper than buying a Magnatone amp and a lot easier to carry as well, as those old amps are pretty darn heavy! 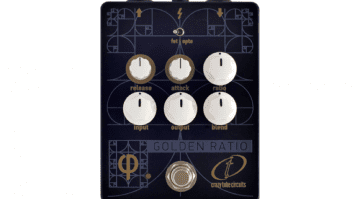