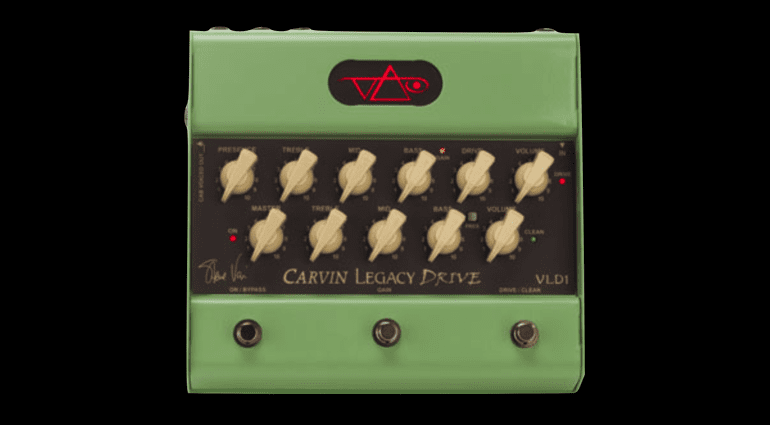 The new Steve Vai Legacy Drive VLD1 pedal by Carvin has finally been announced, I say ‘finally’ because Mr Vai has been dropping massive hints about this for a few weeks now via his Facebook page. And now we know exactly what he was hinting at!

When you are lucky enough to have a player of Steve Vai’s calibre on your roster, let’s just say it can’t hurt sales. Steve has been dropping hints for weeks on a ‘new product’ to be added to his line-up from Carvin. There was speculation about it being a rack mount preamp version of his Legacy amp series, or even a mini version of the amp. But since his Carvin already has a low power mode, this one made no sense. Now it turns out that it’s a preamp pedal instead!

The VLD1 is based on 12AX7 preamp tubes which can create four gain stages and tone stacks. Carvin say they want to give you the voicing of the full version of Steve’s signature Legacy Carvin amps. There are passive Bass, Mid, Treble and Presence tone controls for each of the two channels. The unit has three footswitches: one switches between the Clean and Drive channels, another bypasses the circuit entirely and the third engages a Gain boost for when you need a little more oomph.

I like the format and think a preamp in a pedal is far more versatile than being stuck in a rack (the 1980s are thankfully far behind us). A floor-based unit would be more popular, I’d have thought, as it will fit any rig. There’s not much information available as yet, but Steve has done a little preview video you can watch below. Prices are also TBC, which apparently will happen on Thursday.

The Facebook marketing machine aside, this could be a great preamp, as Steve has a good ear for tone and his Legacy amp series are already highly rated by some. I look forward to hearing one played and really hope Carvin get the pricing right on this one. 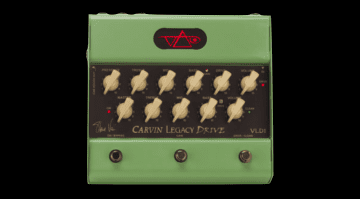 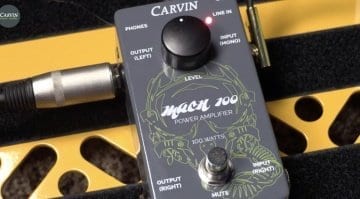 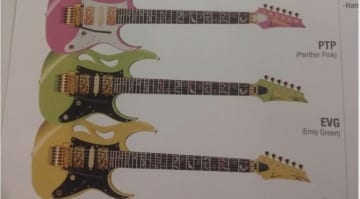 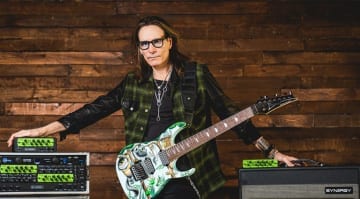 the last USA made, chinese made is on its way! charge you the same price…..

As far as I can manage to learn from much study (I own an American made Carvin VL212 Legacy and I LOVE IT!) Carvin sold to Vietnam who now doesn’t service any of Carvin’s past equipment and has much of their new stuff made in China; it’s all foreign now. What’s going on Steve?