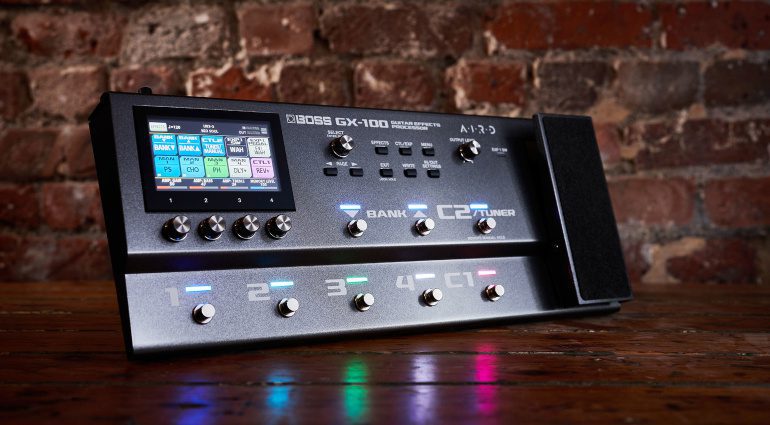 The new Boss GX-100 features the company’s AIRD technology, and comes with over 150 effects, 23 amp models, an onboard looper and  a USB audio interface. It will work with both guitar and bass, so could be a great solution for many musicians looking for a compact, flexible virtual amp rig and combined multi-effects processor.

For the first time, a coloured touch screen has been used, and it should make the Boss GX-100 easier to navigate, The AD/DA conversion is all 24 bit, plus the effects and amps are calculated with 32 bit FP, at a sample rate of 48 kHz. A total of 23 amplifiers and more than 150 effect pedals are available, which can be virtually wired in 15 blocks. The AIRD technology behind it was taken from the brand’s flagship GT-1000 unit. The order of the effects can be optionally shifted via touch, making it simple for you to set up your effects chains. Plus, speaker impulse responses are also included with the unit from the factory and can be imported as WAV yourself. 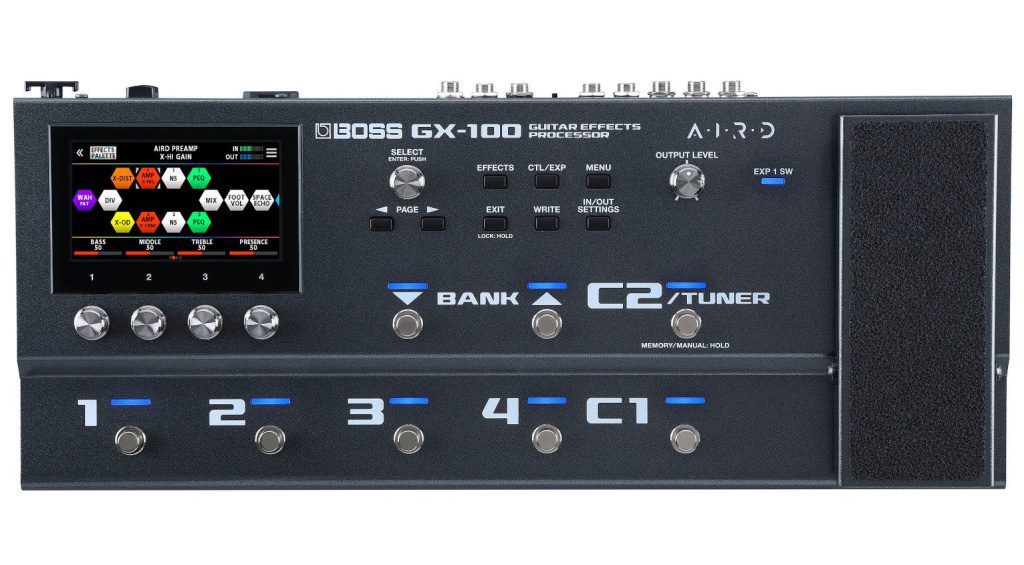 The unit has 200 onboard user memory slots which I feel is more than enough, and you also have plenty of custom-configured presets to get you going. The GX-100 has 8 foot switches with  four for effects, two for up/down and C1 and C2. The latter also activate the built-in tuner and are fundamentally freely assignable and can also send control signals to the amplifier. 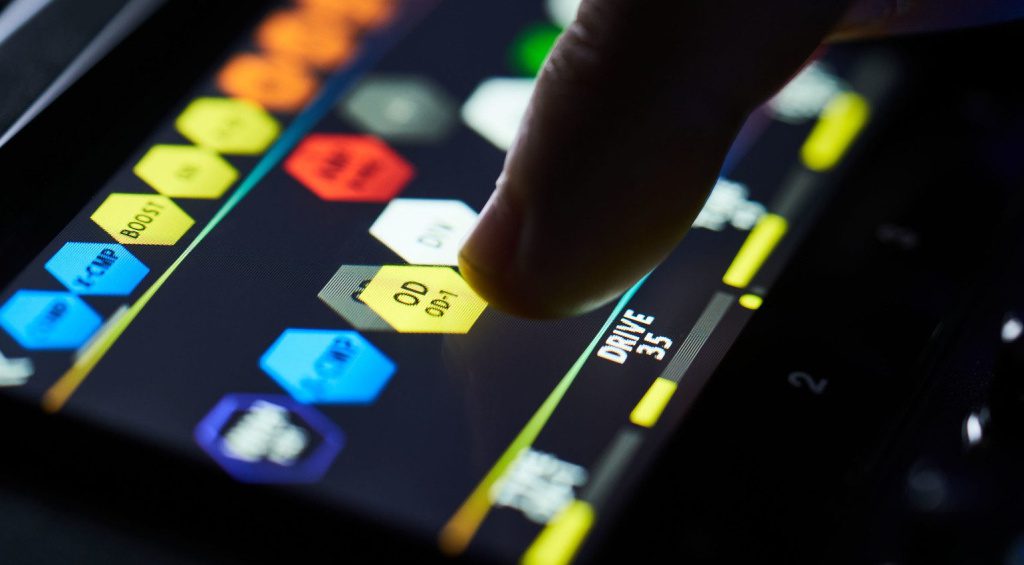 The expression rocker can be activated with the well–known toe switch at the top position (like a Cry Baby). In addition, there are four knobs under the display for various parameters and the set of (8) known pressure switches in Multi-FX together with push controls for programming and a master volume.

With 150 effects that includes drives, distortions, modulations, reverbs and delays, you have plenty of options with your effects chains. 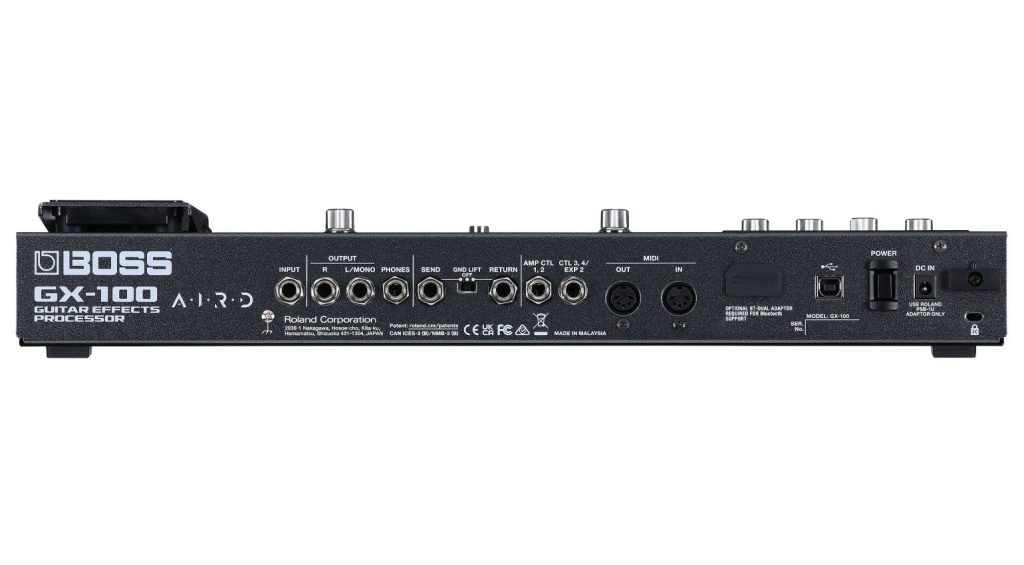 The Boss GX-100 has the input, dual mono output, FX loop send and return, headphone jack, MIDI  in and out, amp CTL 1/2 and CTL 3/4 on the back, to which a second expression pedal can also be connected. In addition, a USB-B port, which provides the multi-effect with impulse responses and later certainly firmware updates, can be programmed in the editor and also used as a USB audio interface.

Boss Tone Studio compatibility allows you to also tweak parameters on Windows and macOS, plus the Tone Studio app also connects to the GX-100 via Bluetooth. 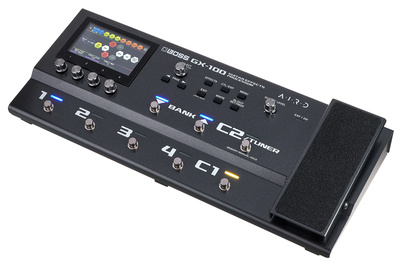 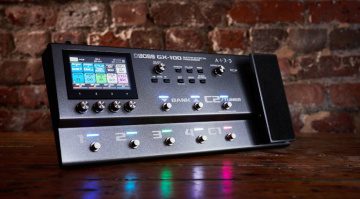 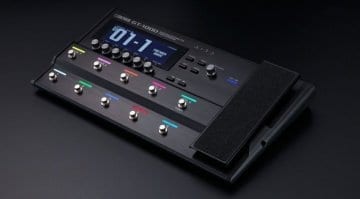 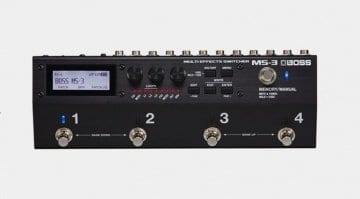 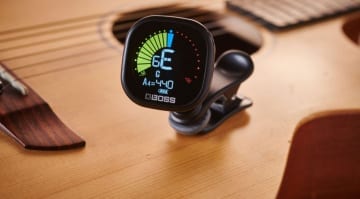 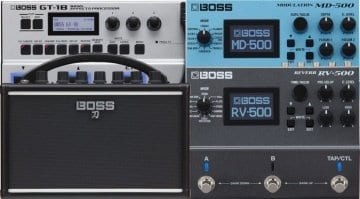