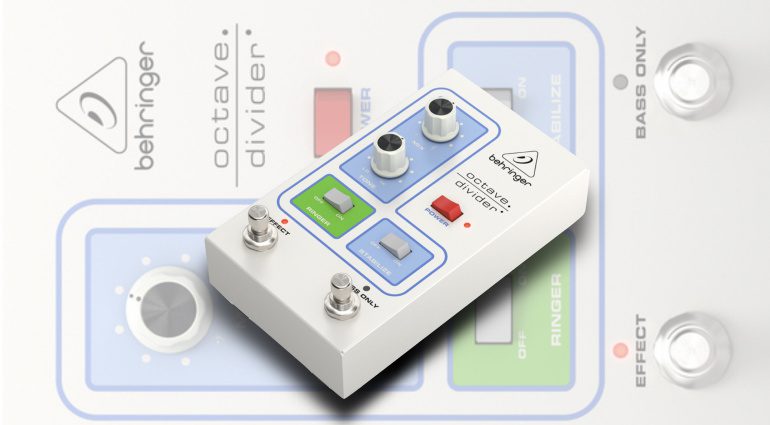 The classic Mu-Tron Octave Divider circuit has been rediscovered – by Behringer! This could be a great little product for anyone that wants that classic ’70s effect but just can’t find or afford a Mu-Tron original.

This latest clone from Behringer will certainly put a smile on a few faces. Whether you play guitar, bass or synths, this could be a nice little addition to your sound armoury. It’s a close reproduction of the Mu-Tron Octave Divider pedal from the 1970s which – if you can find one – goes for four figures in good condition. Behringer describes its Octave Divider as having the “ringer function for harmonic emphasis of upper tones and special multi-note effects”. I’m hoping it is as close to the original circuit as possible. And, of course, it has that lovely Sub-Octave effect which the pedal is famous for. 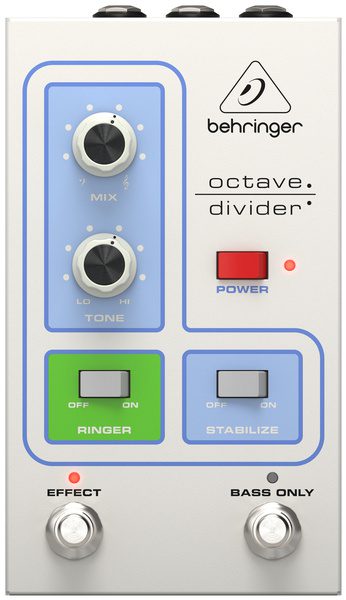 The Octave Divider pedal has control knobs for Mix and Tone, plus the Ringer and Stabilize rocker switches. Two footswitches are included, one to engage the Effect, the other to engage Bass Only mode. The latter is a great feature, as it will completely cut out the dry signal leaving only the sub-octave. Finally, there is the red Power switch with a status LED to let you know the pedal is turned on. The connections are also based on the original Mutron pedal with In, Out and AUX In. 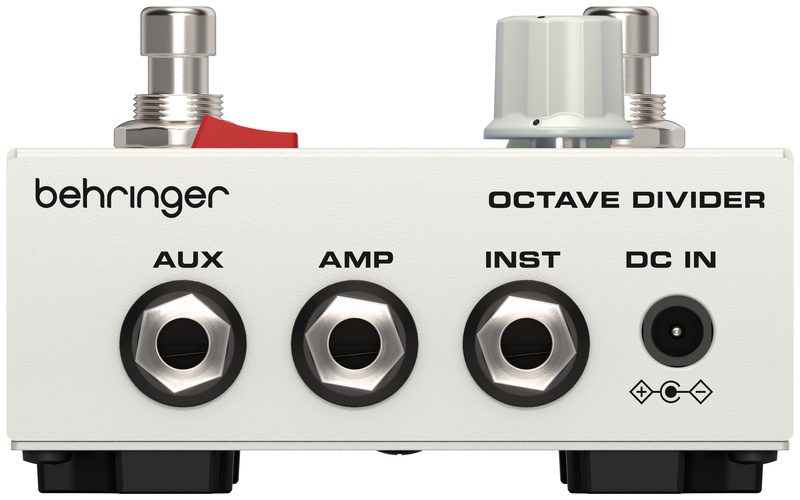 Visually, it looks very close to the original, and the official demo video below sounds in the ball park of what I would expect from an old Mu-Tron Octave Divider. I’m looking forward to hearing what players think of this clone. Could it be the first of many? Behringer has been cloning classic synth circuits for a few years now, and so it seems plausible that we will see more Behringer products inspired by Mu-Tron circuits in the future.

The unit will run from an external power supply only and is rated at 9-12 V DC. 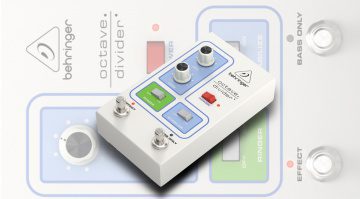 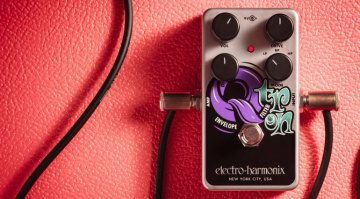 This looks really good! Bringing back old amazing gear is definitely what I’d prefer Behringer do, instead of copying current products. But I appreciated that’s only my view. Excited to see what Behringer bring out next!

Hi Luke! Do you mean this one? https://mu-tron.com/products/octavider/
The “real” Octave Divider went out of production in 1981 as far as I’m aware. And we’re definitely not into ads masquerading as editorial content, no sir.

Yes, he could have metioned that Mutron is back in the business. I read it and am like, what about Mutron today?

Yeah only 400 bucks a unit….their stuff isn’t totally PCB exactly like the behringer either *rolls eyes*

I’ve had behringer pedals die sitting on a shelf.

I could buy 4 of the same pedal and wouldn’t feel confident that I would still have access to that sound in a decade.