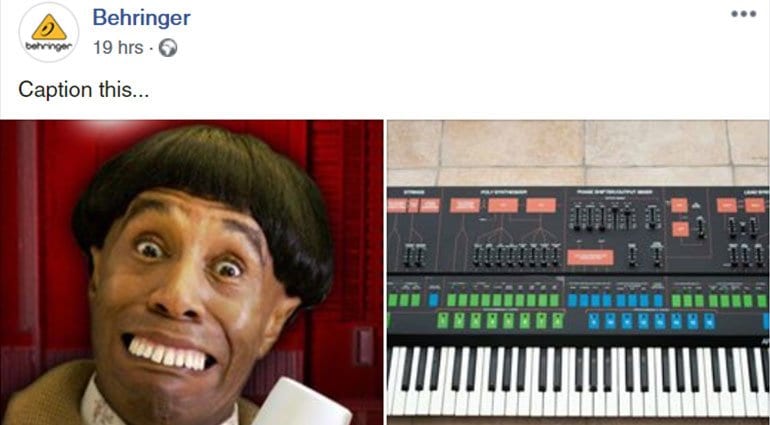 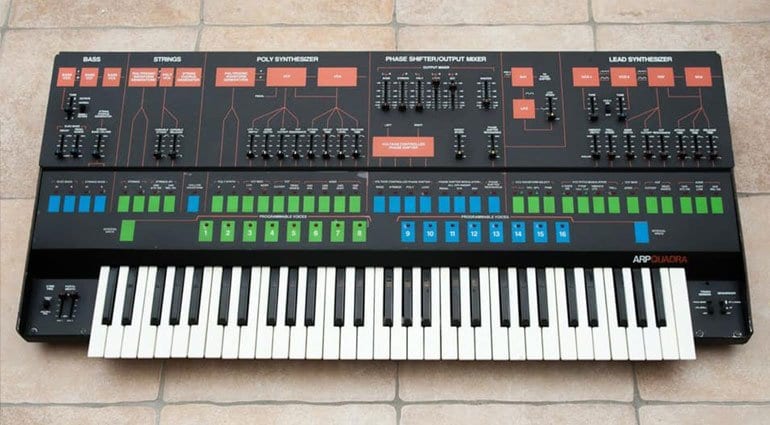 In the unstoppable synthesizer rollercoaster of Uli Behringer’s mind, he’s hinting that they may be working on a clone of Red Dwarf’s Dwayne Dibley. Apparently it will have an alternative mode called “Cat”.  He’s also hinted that they might take on the weird-looking ARP Quadra.

Maybe some things shouldn’t be brought back. Maybe this strange-looking synth that could be the result of a Casio keyboard shagging an Odyssey, is best left forgotten in history. Like Red Dwarf – you were awesome but it’s really time to let it die now. But I guess as Behringer runs out of things to resurrect they’ve got to start scraping the barrel.

The ARP Quadra was a large analog synthesizer made in the late 70s that fused together an Omni, Odyssey and Solina with a sprinkling of Phaser and some organ action. It was like 4 synths in one covering bass, monosynth, strings and organ which gave it a sort of confused feel. Although billed as polyphonic it fell far short of other polys at the time due to the single filter and VCA. The protruding keyboard was prone to accidental breakage which was exacerbated by the aftertouch which needed a fair bit of pressure to make it work. Shortly afterwards came the Prophet 5 and the OBX both of which looked better, sounded better with proper polyphony, were lighter and more sensibly constructed. The ARP Quadra couldn’t really compete.

So it’s more of historic curiosity than a super cool vintage synthesizer. It did make it onto the soundtrack of John Carpenters Escape from New York, so there’s that.

But who knows what might happen. Behringer already has the Odyssey done and has hinted at a Solina so maybe it’s just a matter of bringing the two together. Maybe the Dwayne Dibley reference is to indicate that this is least cool synth ever and they are poking fun at some of the requests they’ve had.

Will be unlikely for now.

This is the sound of New Order’s first album, Movement. It’s a magic instrument. Listen to Procession or Himmelblau by Wolfgang Riechmann.

You have to be kidding .. this is the synth I always wanted. Ten years before Star Trek TNG … it LOOKS amazing. And just watch the videos if Tony Banks working this amazing beast. Along with Korg’s Trident which Rick Wakeman used these were what real keyboard players used before MIDI allowed slips and layers. I’ll be first in line if this comes back.

Tony Banks used one of these in Genesis to amazing effect, few have survived and the ones that have are next to impossible to maintain but it’s got a gorgeous tone and loads of character, like ARP’s equivalent to the equally distinctive Yamaha CS-80. Next are you gonna say Vangelis was a chump, too? 🙂

I loved the Quadra. Always wanted one since Tony Banks had one.On ebay a working new one was $6,000.