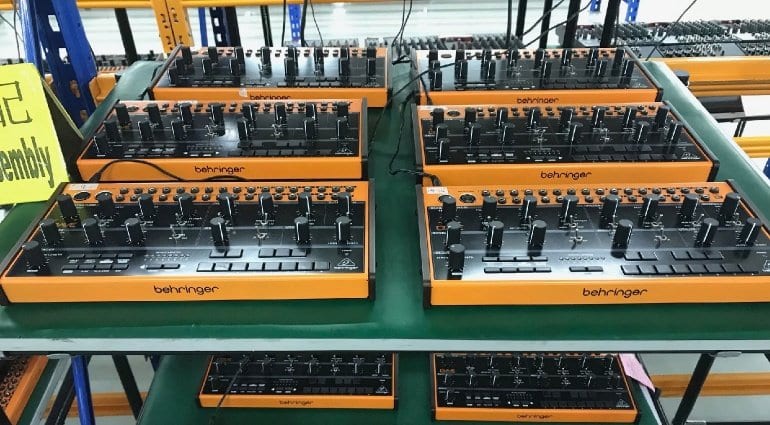 Behringer has a lot of balls to keep in the air and it’s inevitable that when they’re busy teasing PCBs on Facebook, dropping new synths onto unsuspecting Music Stores, and chatting with the synth community about what they want next, that some things are bound to fall through the cracks.

Crave appeared to be one such oversight. After a lot of attention at NAMM and myself having a go with it at the Thomann Synth Reactor it seemed to vanish without a trace. But now Behringer has picked up the ball and photos have appeared of a whole load of Craves coming off the production line.

What I find interesting about the Crave is that it’s a great sounding monosynth with a good load of patching and a sequencer which doubles as a keyboard in a neat desktop form factor for under 200 Euros. With the oscillator from the Prophet 5 and the filter from a Moog it’s a tidy little winning combination of analogue subtractive synthesis. There are no presets, it’s just all on the front panel ready for your leads and bass lines. If you thought the MS-101/MS-1 was a bit intimidating or chunky for you then this is a sweet spot of a monosynth.

Many people say it shares the functionality of the much more expensive Moog Mother-32, which it probably does as the M-32 is also a perfectly balanced monosynth. But the layout is different, the oscillator is different and the attitude is different and, of course, I could buy 3 Craves for the price of 1 Mother-32. But what I enjoyed about it was that it instantly did everything you asked it to – good, solid, analogue, heavy on the filter, monophonic synthiness.

The price is supposed to be $149/€199 and by the looks of it, we should see them in the shops pretty soon. We’ll let you know when that happens. 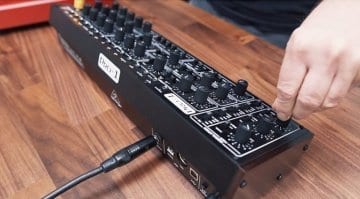 08 Mar · This is NOT his Stratocaster

08 Mar · Music software needs a new 'Midi moment'. Too much of the software is shoddily made and most of their disfunction can be traced directly back to their security features, like the effen' DONGLE, its ...