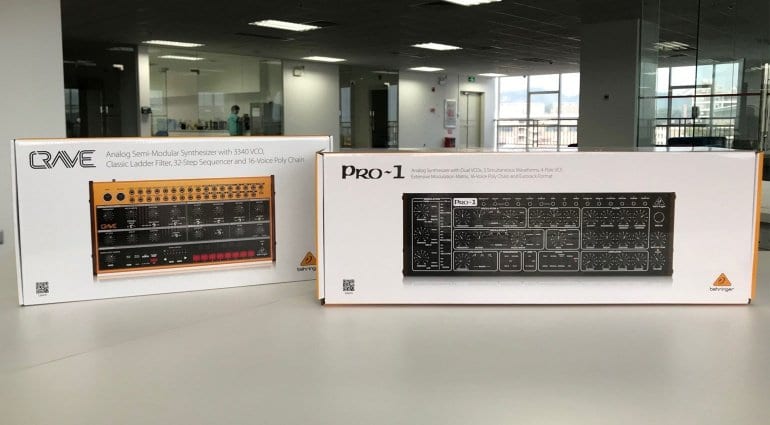 The eagerly awaited Pro-1 and Crave synthesizers are on their way according to a Facebook post from Behringer.  1,000 units of each are being air-freighted to the Thomann Music Superstore in Germany in order to cope with the demand.

The Behringer Pro-1 is based upon the Sequential Circuits Pro-One from the early 1980s. It’s a 2 oscillator Curtis chip monosynth with a 24dB filter, twin envelopes and a 3 waveform LFO. There’s a rather nice modulation matrix on the left, a little sequencer and arpeggiator and a bunch of CV patch points running along the top.

Behringer says this isn’t really based on anything but many people have pointed out that it follows the features of the Moog Mother-32. Although it does have a different sort of oscillator. It’s semi-modular with plenty of patch points and has a sequencer. It looks great, doesn’t take up much room and doesn’t follow that same Eurorack style of the Model D, Neutron and Pro-1. It’s fun to play with and comes in at a remarkable price. 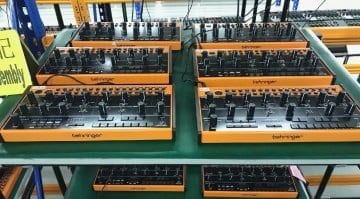