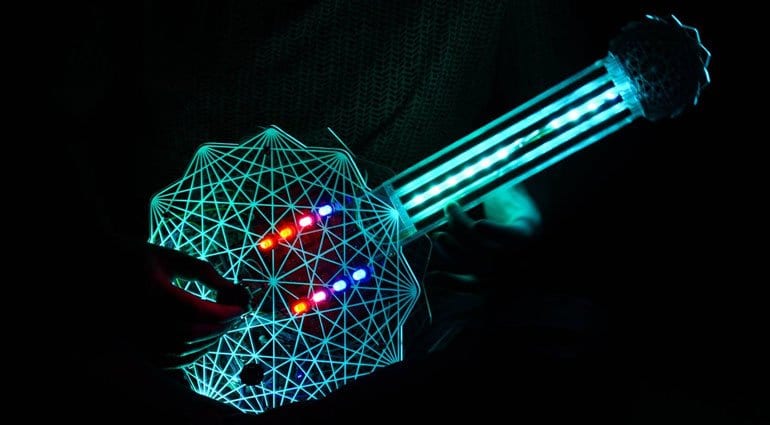 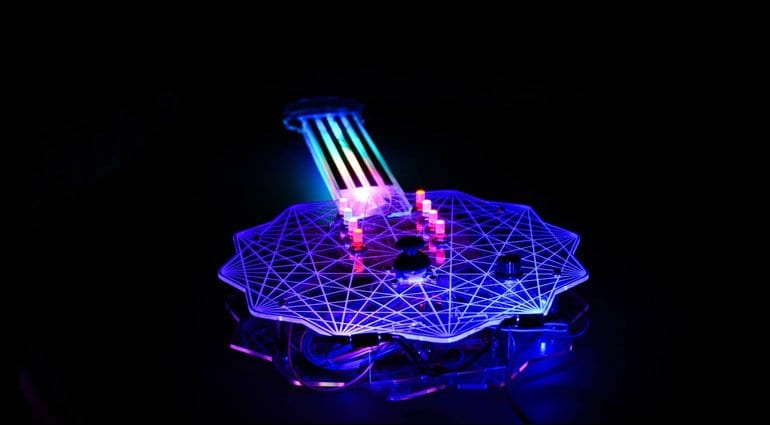 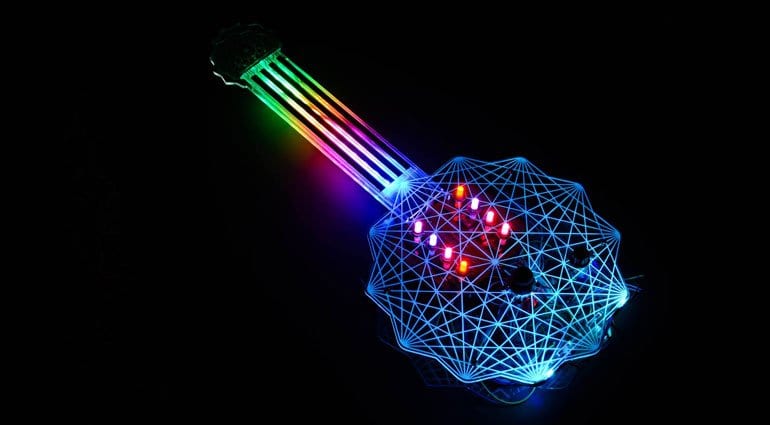 Put together by Músico Nerd (Nerd Musician) a.k.a. Gustavo Silveira, the XT Synth is a mix of synthesizer, guitar, violin and MIDI controller. It looks like it’s all been stuffed onto a sheet of perspex infused with LEDs. The neck has 4 soft potentiometers, or ribbon controllers, that can be played on the neck like a regular stringed instrument. There’s no frets or anything so it’s totally microtonal and capable of vibrato, portamento and wobbles and so on.

I believe the sound engine is coming from the Teensy 3.2 microprocessor board and that’s what’s behind the colourful knobs on the body of the instrument.

This is just the latest in Gustavo’s interesting little controller projects. Although it’s not yet finished it definitely has some possibilities. He says that “There are still some glitches to be solved and lots of improvements to be made, but the first version is alive!”

Check out the video below to see it in action. 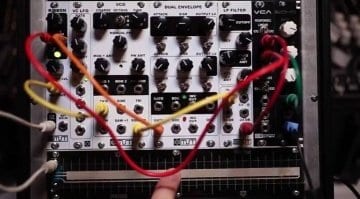 Can i buy one in upcomming months or years and how much $ for one oh wise one.