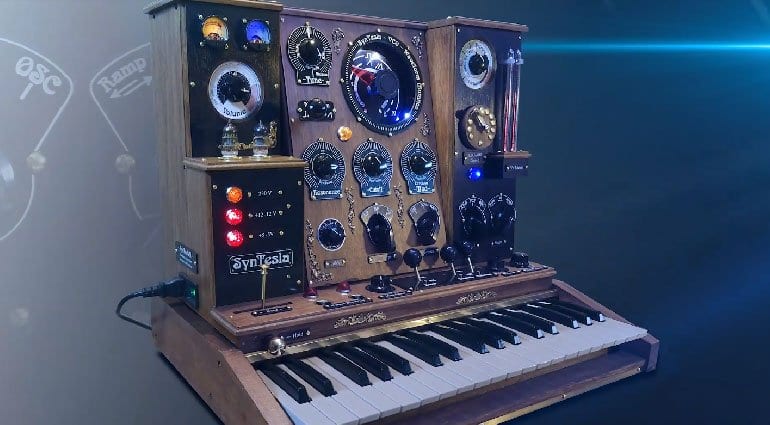 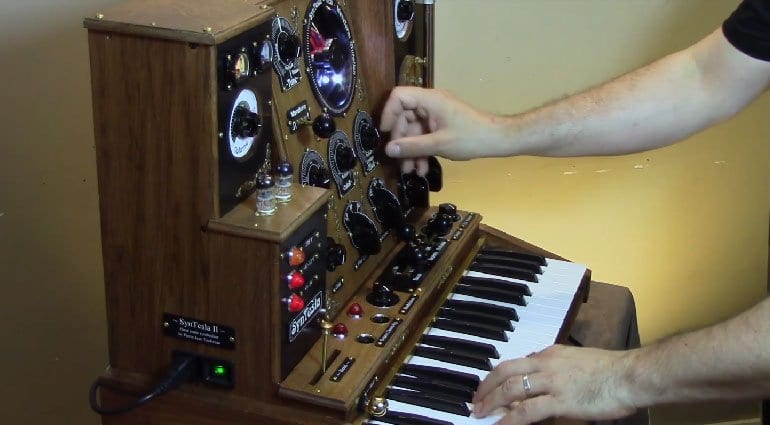 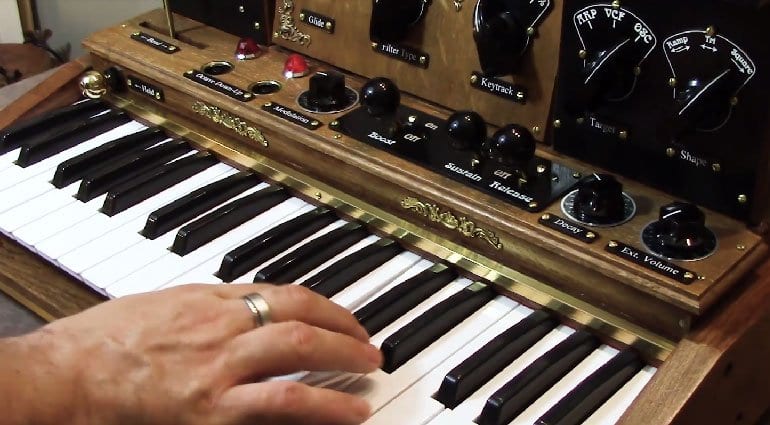 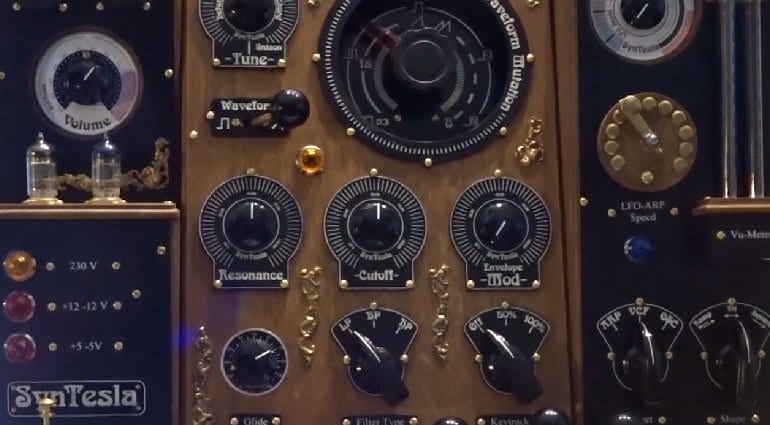 Wow, what a piece of work. At first glance, it looks like some kind of odd 3D rendering of something but once you get a bit closer you realise this is completely epic!

Designer Pierre-Jean Tardiveau had revealed the original SynTesla only a few months ago. This takes that idea to new heights of grandeur. The original was based upon the Waldorf Streichfett Expander whereas this one takes on the Rocket. The Waldorf synths were chosen for their sound and relative value and that they can easily be taken apart and gently hacked to accommodate Pierre-Jean’s evil Steampunking plans.

The Rocket, oddly, doesn’t have an adjustable output control so the first task was to create some kind of volume control. He took the output down 10dB and then added a dual vacuum tube controller driven by two Tesla 6F32 tubes. You can see these standing dramatically on a pedestal on the left by the huge volume dial. The output also runs through a pair of IN13 tube VU meters.

The internal synth is….. the Rocket and so has those features: 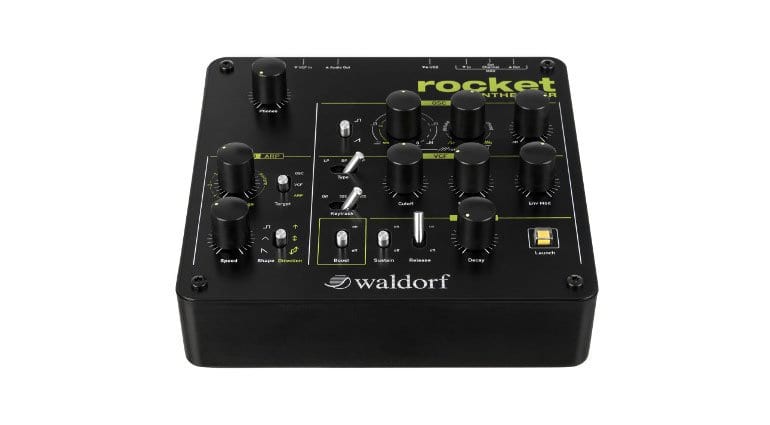 The case is handmade of solid French Oak which makes it quite heavy but also gives it a very solid presence. The original knobs were replaced by 10k single turn linear potentiometers. The slide switches became large rotating selectors with big “chicken beak” knobs. The brass ball on the lower side of the keyboard is the “hold” switch for the arpeggiator.

SynTesla II is completely wonderful as well as a bit nuts, which is my favourite combination. Check out the video below to bathe in its awesomeness.