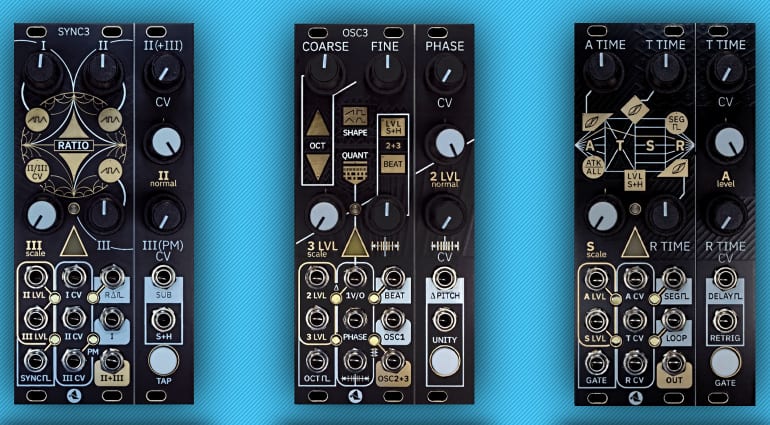 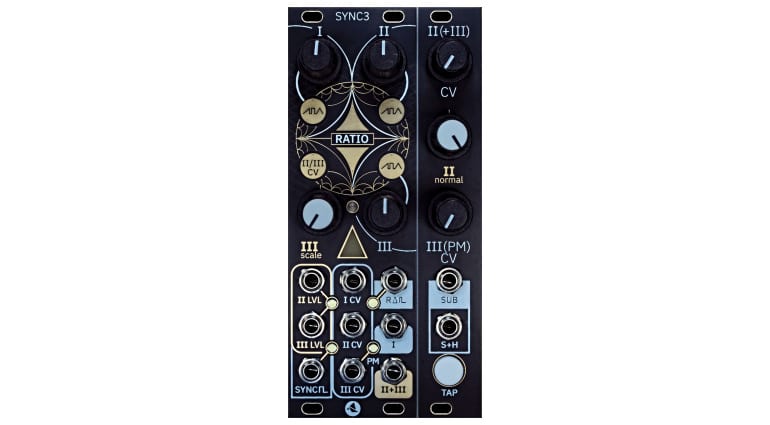 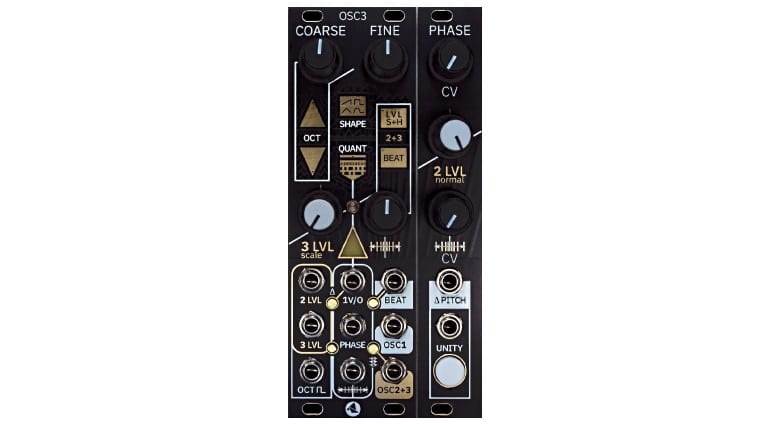 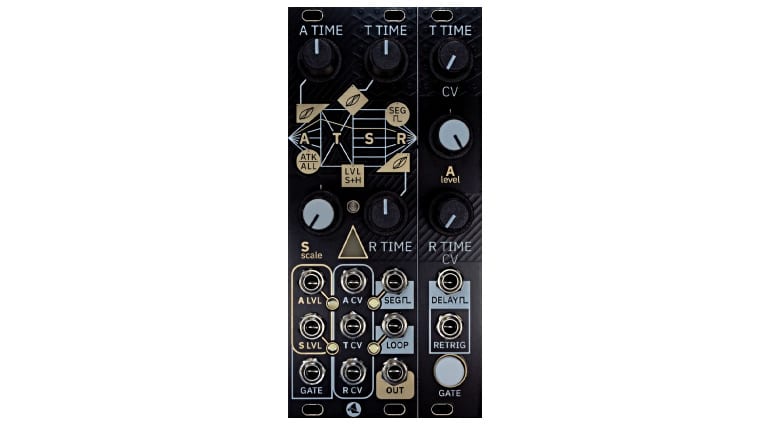 Starling has three new modules in its “Via” family of modules that are all based on the same hardware platform. SYNC3 is a frequency synthesizer, OSC3 is a musical interval oscillator and ATSR a crossfading envelope.

We first saw the hardware platform around this time last year when they announced the first 4 modules. They were originally built in the software Eurorack system VCV Rack and then spilt out into this interesting hardware format. The coding inside the module is exactly the same as the VCV Rack version with an additional analogue circuit to provide the inputs and outputs, control knobs and touch plates. Starling has then developed different functions and ideas that fit into the same hardware space and designed different faceplates to reflect the functionality. It’s a great idea and has produced some quite complex and intriguing modules.

This is a trio of oscillators that lock to the phase of a master clock input. Each oscillator has a variable waveshape and can sync in multiples or divisions of the clock via a “Ratio” function. With an audio rate clock the ratios sound like harmonic intervals, with a slower clock the output is more like rhythmic relationships between LFOs.

So, at a basic level you can create just-intoned chords and transposition controlled by these ratios. At a more complex level there are all sorts of stuff going on with FM sounds tracking the input from a bassline, LFOs pinging filters and then I lose all sense in what’s doing what to which but the demo video is completely fascinating.

This is also a trio of 3 oscillators but one which is designed to be musical. You start off with a centre frequency from one oscillator and a “Spread” control detunes the other two up and down around it. This takes the sound from detuned phasing to chorus through to key-locked chords. The in-built quantiser can keep everything to the selected key and you can push the notes all over the place which is especially nice in Chord mode.

As with this SYNC3 I start to get lost under the sheer weight of possibilities demonstrated in the video.

A “Crossfading Envelope” – this has got to be easy right? Well, it starts out like a regular ADSR but then this happens:

However, the attack and sustain levels can be modulated without changing slope time, allowing you to pass signals through the level CV inputs to the output. This turns it into a powerful tool for enveloping, crossfading, and combining signals.

I have no idea what that means but it sounds fascinating. There’s no video on this one so you just have to go with it.

I think what Starling are doing here is very interesting. The fact that I find them a bit mind-boggling shouldn’t take anything away from depth of functionality on offer here.

They all cost $269 each fully assembled and including the expander which seems to be a vital part of the module. You can purchase faceplates separately and so you could potentially load up any of the Via module firmware into a single module. Although perhaps the best place to work out which one to buy would to be trying them out on VCV Rack. 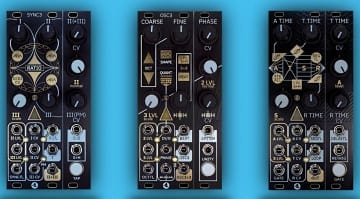 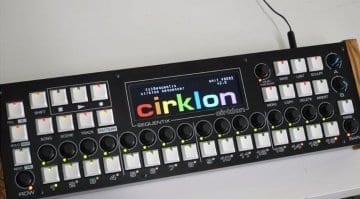 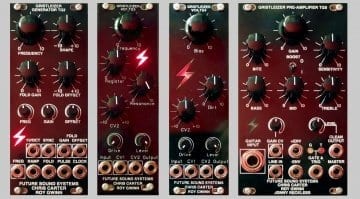