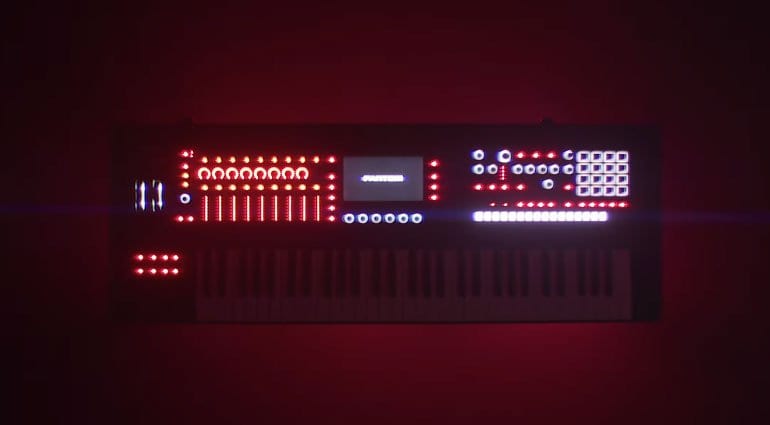 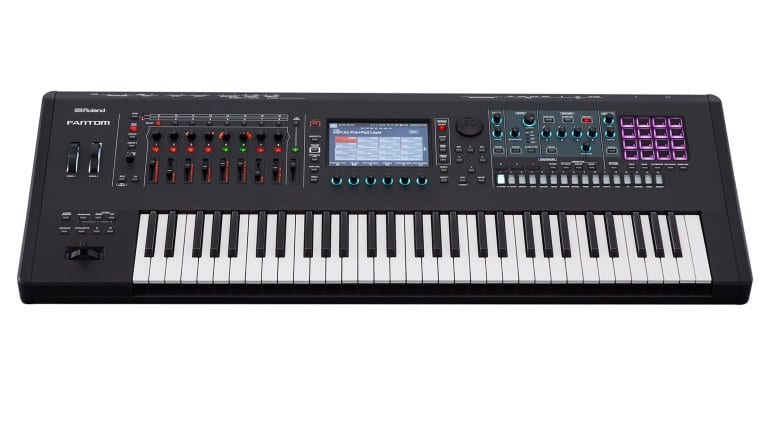 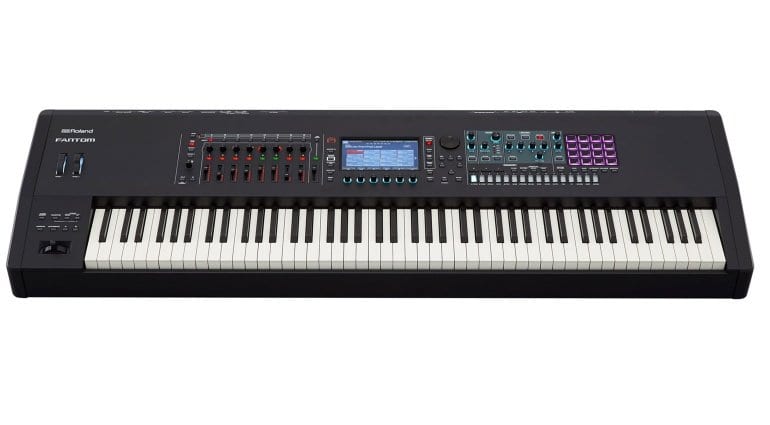 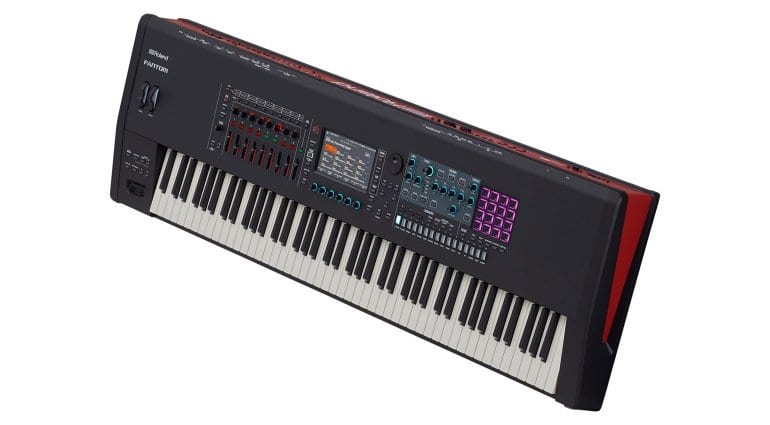 If you’re after a huge workstation that will be everything and do everything while looking like the flight deck of a moon-sized space station then Fantom is right up your exhaust port.

Roland talks about the Fantom having a rapid workflow and no confusing modes or technical limits. It’s fluid and creative with a workflow that seamlessly gels with deep computer integration. But to me it looks like it has three defined sections going on. They don’t sit nicely together, don’t seem to flow or reference one another and those pads on the right seem like an after-thought. I find it a bit bewildering to look at and I can only hope that it starts coming together once you’re fully engaged and leaping into hyperspace.

Fantom has an expandable sound engine that draws from four decades of sound generation. It uses Behaviour Modelling Chips that power the Fantom’s core sound engine. It can run multiple synthesizer engines simultaneously combined with authentic acoustic instruments and up to 2GBs of your own sample library. It has their V-Piano technology to keep the pianos awesome. The synthesis is based on partials and then builds into the regular oscillator, filter, amp, LFO and effects. Each tone can have 4 partials and a scene can hold 16 tones in layer upon layer of sonic possibility. There’s a lot of modulation on offer with 128 LFOs per voice with beat-synced automation and 37 choices of curve. It also has a routable analogue filter that you can use in any place at any time.

One of the three sections on the front panel is the synthesizer section which gives you a hardware synth experience with controls over oscillators, filter and envelope controls. Under the synth controls are a TR-808 style drum machine with those out-of-place 16 drum pads. In the middle you get the master control centre for everything from sound design to an Ableton Live style clip launcher and clip-based sequencing. The left-hand section is a mixer and MIDI controller that will connect up to your software instruments for some integrated DAW control. So each section has its part to play.

There are three versions, the Fantom 6, 7 and 8 each with different keyboard configurations for those who want a synth action and those who want something deeper, heavy and weighted. 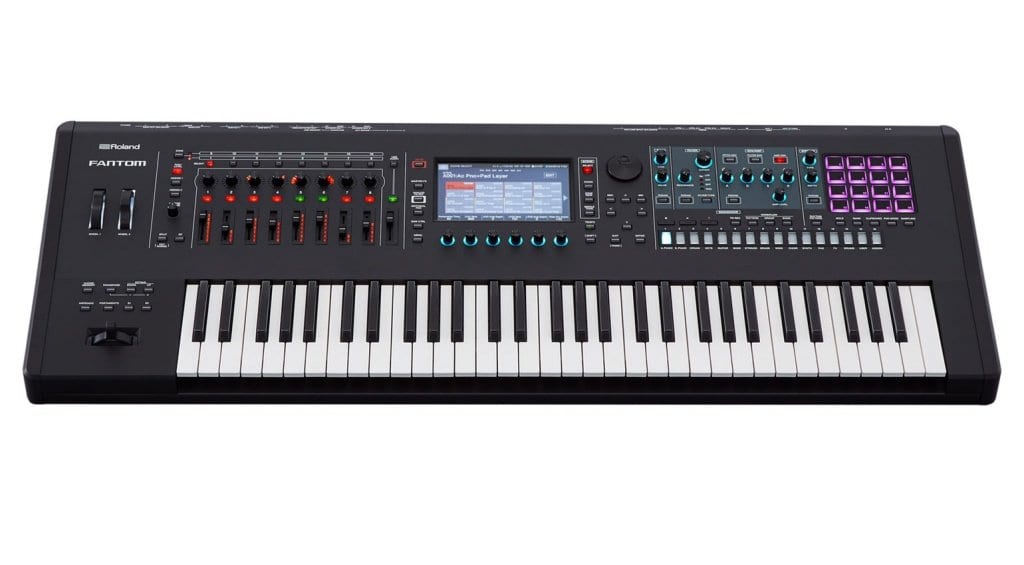 It’s a fresh take on the workstation keyboard which panders to the hands-on synth market while providing the technology and the interface to harbour a huge palette of sounds. It’s interesting how it seems to share ideas from the newly announced Jupiter-X and MC-707. It’s like they’ve taken a couple of good ideas and built them into different forms for different markets. It does have dual CV outputs which is really good to see. The Fantom is an immense machine that’s really not my cup of tea but will overflow the requirements of most producers and workstation composers.

Here’s a video that tells us nothing about the Fantom but has a good go at inspiring us to be better people and more creative creators, so that’s nice.

This overview from Sweetwater is probably a better bet. 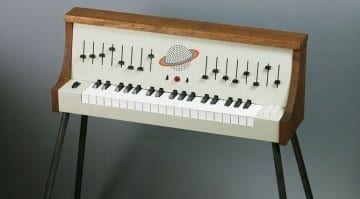 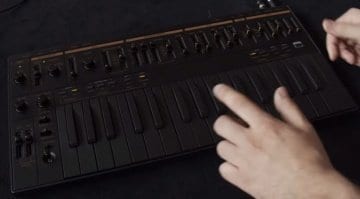