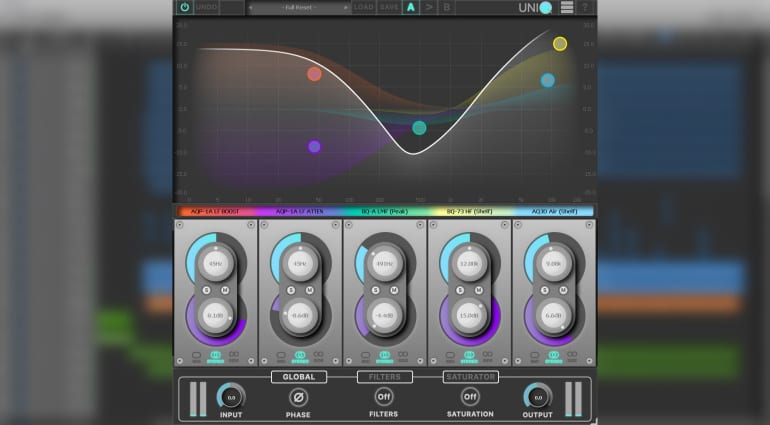 After building a varied collection of iOS apps and Reason rack extensions, developer Red Rock Sound broke through on the desktop plug-in market by modeling a bunch of old-school API equalizers. The plug-ins are affordable and the product quality is up there with that of bigger brands like Waves.

With several solid developments under their belt, Red Rock came up with a bright idea: collect their existing analog EQ filter models, make some new ones, throw them in a plug-in and stir gently. The result is uniQ – an equalizer plug-in with 5 filter modules that let you choose different analog emulations for each. This way, you can Frankenstein your own analog-like EQ in your DAW, which feels very 2021.

Not unlike Empirical Labs’ Big FrEQ plug-in, uniQ has separate graphical and parametric sections in its user interface (though greatly simplified in comparison). If dragging colored dots across the frequency spectrum is your thing, absolutely go ahead. If you want to twist those virtual knobs instead, uniQ’s got you covered. There are five separate EQ bands with Frequency and Gain controls, as well as Mid/Stereo/Side switches for each. The Global section at the bottom feature Input and Output level controls, Phase flip button, and On/Bypass buttons for the filter and saturation modeling. This means you can use uniQ as any decent digital EQ, or mix it up with 30 filters modeling classic analog equalizers, 21 additional filters , and 5 saturation types. Is there a catch? 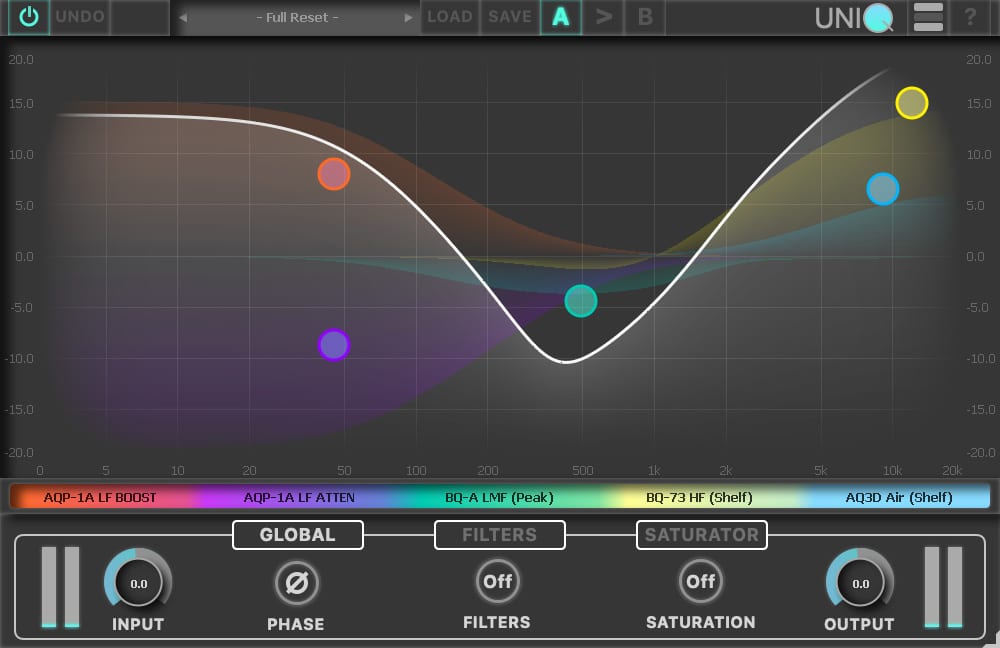 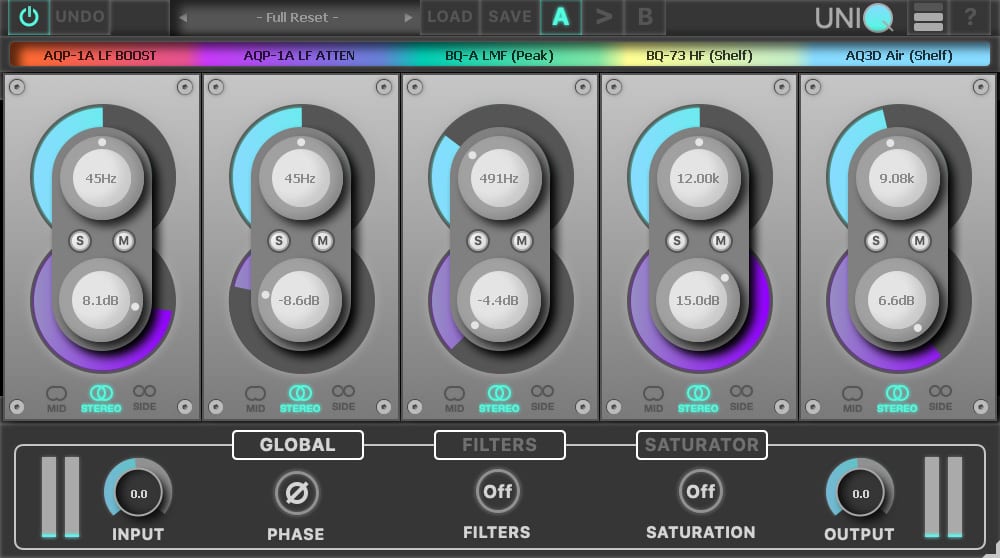 While uniQ really does feature this many separate filter models, they originate from a total of 12 modeled units, which is very respectable. Red Rock’s approach is to break down each model into its constituent filters, which is quite flexible. For example, the AQ550b model (based on API’s well-known 550B equalizer from the late 1960s) lets you choose any of the hardware original’s LF (Shelf), LF (Peak), LMF (Peak), HMF (Peak), HF (Shelf), HF (Peak) filters for any of the five EQ modules. The same goes for the rest of the models, which include staple analog EQs by Neve, Trident, MAAG, and Pultec. Between that and the 5 saturation blocks (one for each band) with different algorithms and optional analog noise, uniQ covers a broad sonic palette.

Currently, Red Rock Sound is taking a mammoth 70% off all its Windows and macOS plug-ins. Use the promo code GET70 and uniQ’s price will drop to USD 45 down from USD 150. The plug-in is Windows-only at present, but a Mac version is under development. A demo version is available for download. 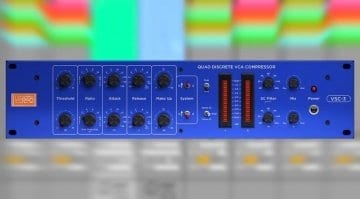