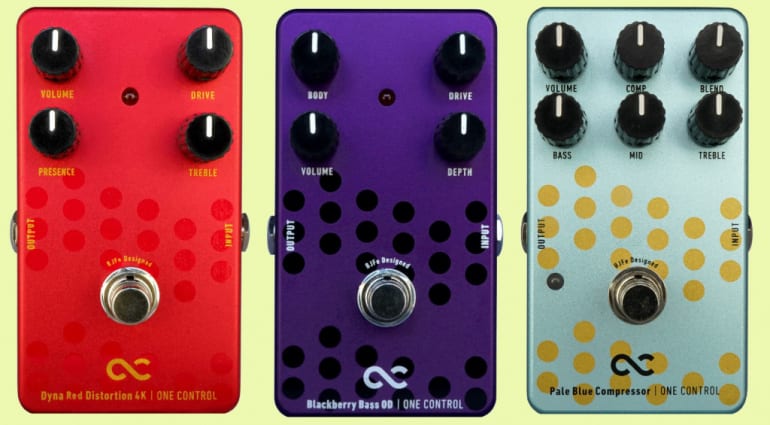 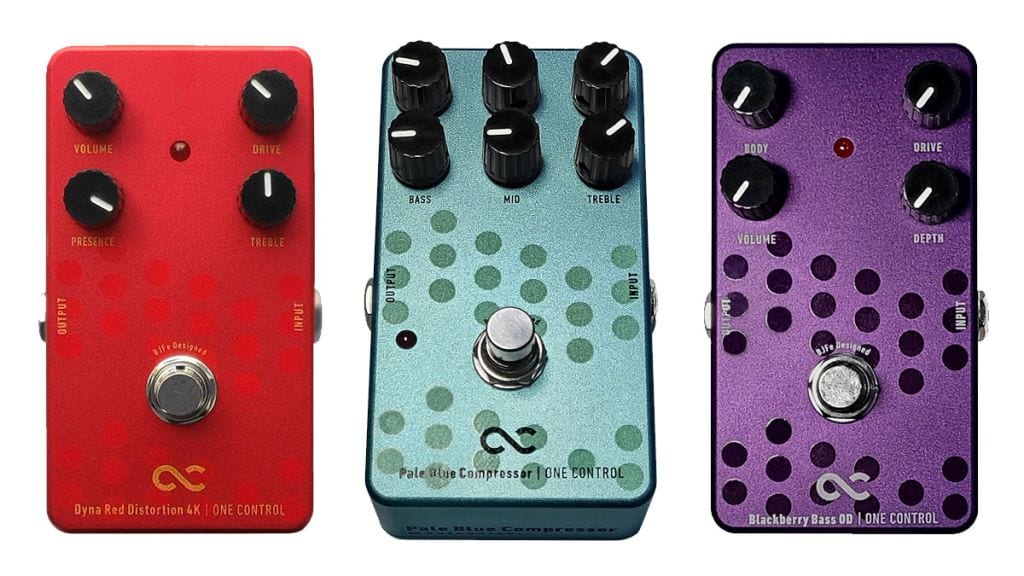 The Pale Blue Compressor uses an intelligent attack/decay circuit that according to One Control will automatically adjust between long and short transients for a “fader riding” effect. The compression circuit also has a Blend knob and an EQ with 3 bands let you tweak your tone to taste.

The Blackberry Bass OD effect is, as you might expect, primarily designed for bassists. It’s based on the Baby Blue Overdrive model, with an Body knob. This combined with drive, volume and depth, takes care of the mid-range, so that bass players can stand out in the mix without increasing the volume. One Solution are also touting it as a “secret weapon” for 7- and 8-string guitars. For a taste of what the Blackberry can do, check out the demo video below of a prototype version.

The Dyna Red Distortion 4K is a multi-function pedal that looks pretty darn versatile. It’s designed to complement any amp setup, from Marshall and Vox to Fender and beyond.

The name 4K comes from the Presence control, that combines with Volume, Drive and Treble controls. In terms of drive tone, expect a ’70s British-style amp drive reminiscent of the ‘brown sound’ associated with Van Halen. You can check it out in the demo video below.

Pricing and availability information is not yet available. Check out the One Control website for more details.