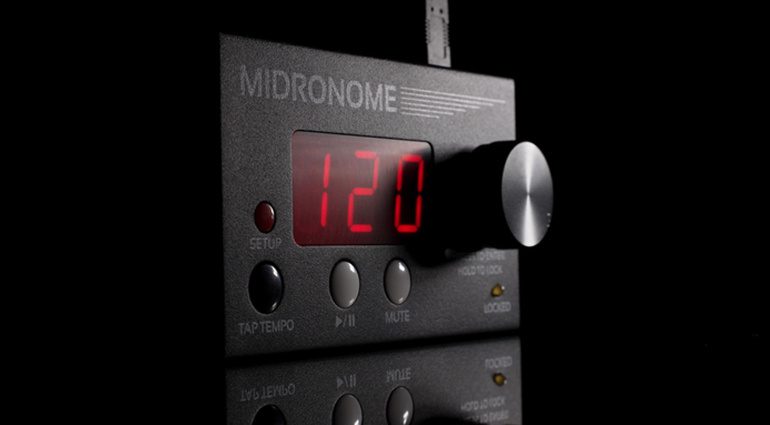 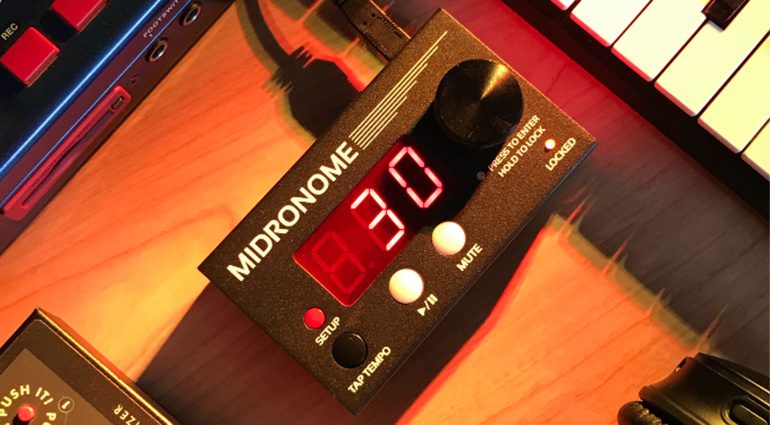 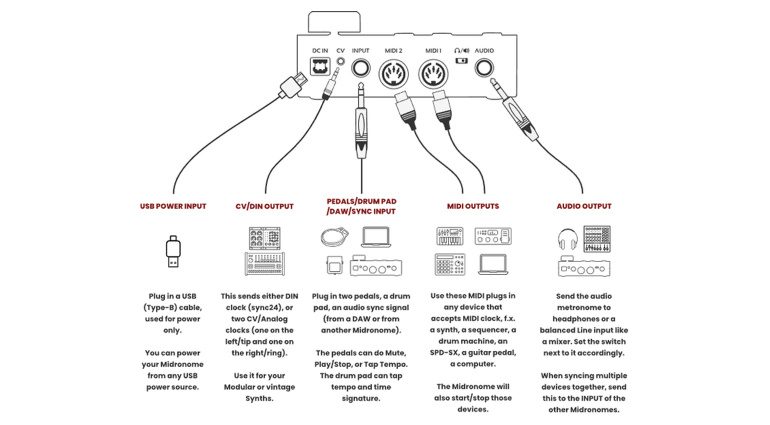 Midronome brings together a bunch of synchronisation tools in a natty little box with simple controls and a nice big red display. From DAW to outboard, MIDI synth to modular, and drummer to band it will sync the lot.

Simon, a musician, says that it can be difficult to keep drummers, MIDI gear and other musicians in time when playing a gig and wouldn’t it be great to have a device that would keep everyone together. I guess that’s what people use click tracks for but Simon was looking for a more all-encompassing and neater solution that would fit in a little box. So, he designed Midronome and has launched it on Kickstarter in the hope that enough people might feel the same. 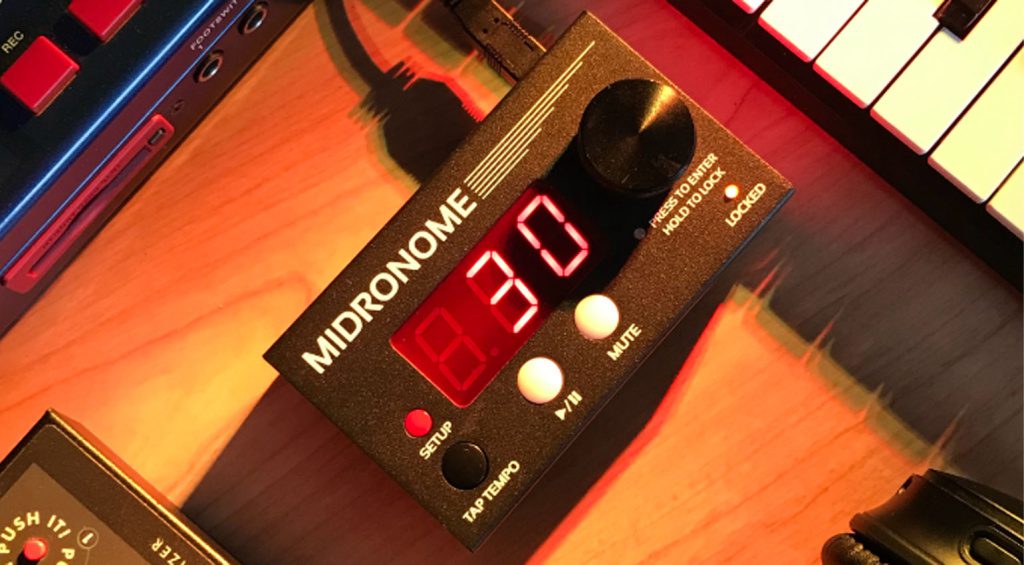 Midronome combines an audible metronome (via an audio output) with MIDI and CV sync. So, now your human drummer can play in time to your synths arpeggiator while making your sequenced modular behave itself. Inside is a MIDI Master Clock that’s apparently 50,000 times more accurate than a computer-based clock because that level of granular timing is essential…. for modern music… or something? You can choose from 60 different click sounds although the last thing you want is to give drummers decisions to make.

It’s interesting that although it has a USB port the connection Midronome uses from your DAW is an audio click. Instead of using regular MIDI Clock over USB, Midronome runs as a plugin inside your DAW and outputs an audio click through your audio interface. This, apparently, is a much more precise way to have your DAW as the master. Midronome then bases its MIDI Master Clock on that audio click and runs everything else. 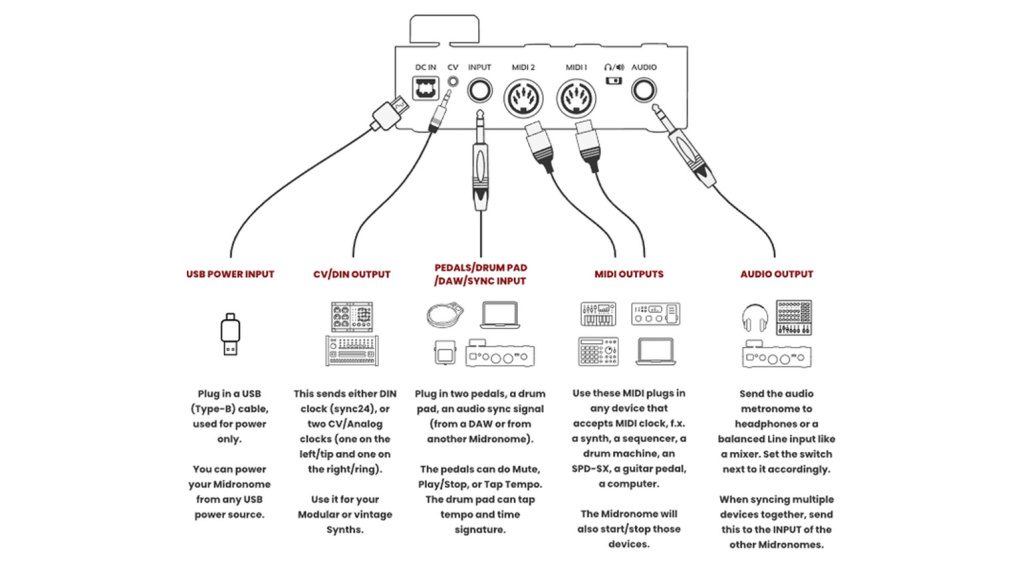 If you’re not using a DAW then tempo can be set via the big knob on the front. Or you can use the tap tempo button, by stomping on a foot pedal or hitting an electronic drum pad.

Midronome sounds like a very versatile and useful box. I’m not sure it’s as innovative as Simon believes it is. I think they’ve missed a trick by not having Ableton Link support which is one of the most effortless sync technologies around. And I would have liked it to have an internal speaker so that you can sit it in a room of musicians and play along as people have done with analogue metronomes for 100’s of years. However, it’s very neat and could probably sort out a lot of the common sync problems people run into with hybrid studio and live performance situations.

Midronome is on Kickstarter now and pledges start at €129. 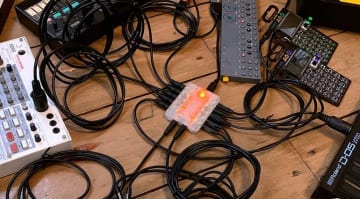 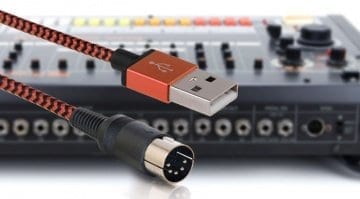 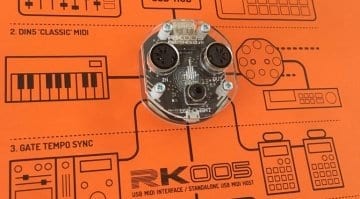 8 responses to “Midronome: a little box of MIDI sync to keep things together”