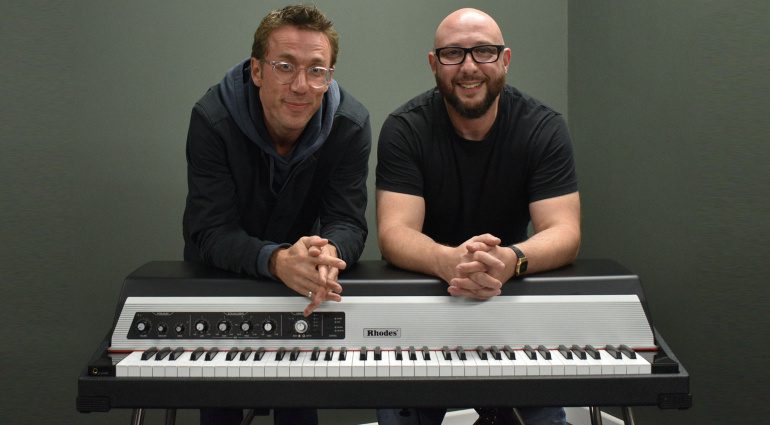 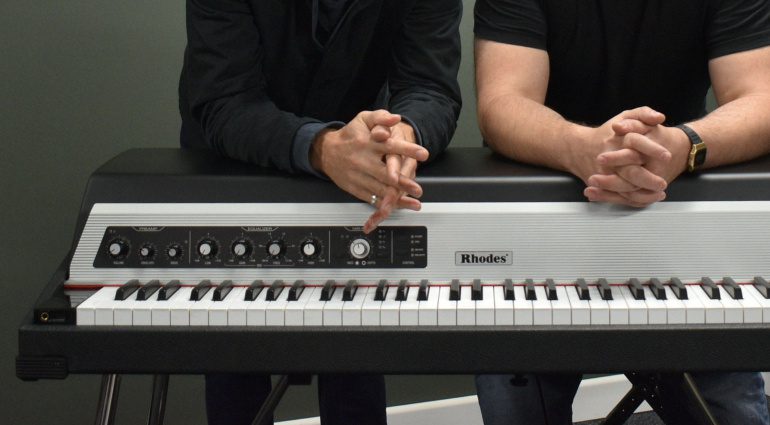 Casually thrown into a Rhodes update email is a photo of Chief Product Officer Dan Goldman and Grammy award-winning Bill Laurance leaning on what looks like the new Rhodes MK8.

After months of teases, glimpses and behind-the-scenes photos we’ve still not had a proper look at the forthcoming MK8 piano – until now. Without any fanfare, they just drop in this photo that had me checking Google images to make sure it’s not some other version of this classic piano that I hadn’t seen before.

For me the look is giving off a Mark I vibe, going back to their roots with a classic shape and layout. The mechanical section encased in a smooth black dome has some nice lines going on. The silver front is more pronounced than we’ve seen in any other version, protruding from the front and surrounding the controls. On the left are the Preamp, EQ and Vari-pan plus a couple of buttons. We’ve seen a glimpse of an effects section that should sit on the right on the Rhodes logo but this photo confirms that they will be an optional extra. It looks good, tidy, understated and yet strong. 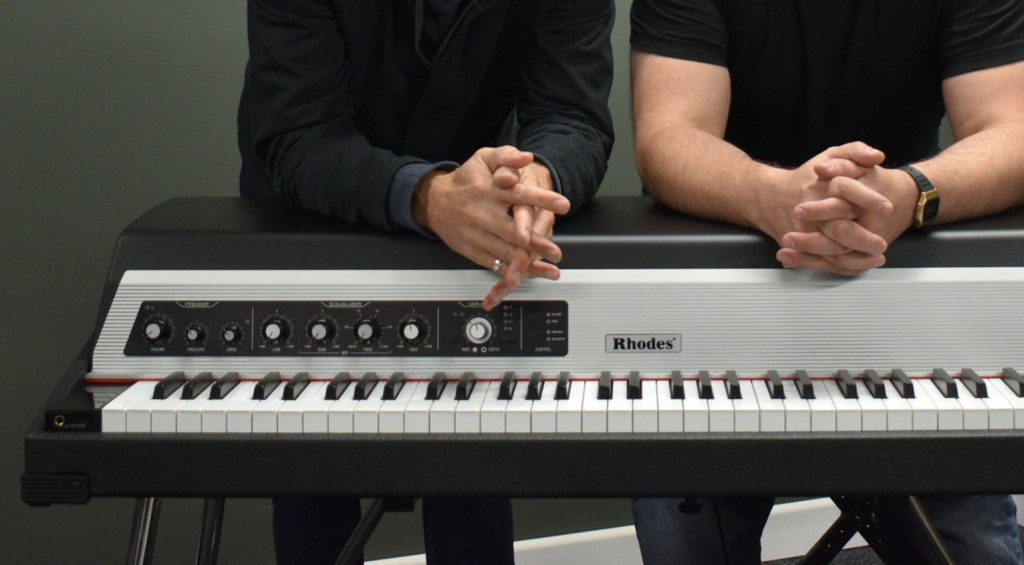 In the email Dan Goldman remarked:

“Rhodes became a part of my life,” says Dan. “It represented everything I wanted in an instrument, and I felt like I could truly express myself on it. I just felt a natural affinity with it – it didn’t matter if it was my own Rhodes’, or a battle scarred one, I always felt that same connection.”

Bill Laurance was visiting the factory in Leeds and had this to say about his encounter with the MK8.

“That’s inspiring. That’s what you want when you play an instrument.
Making it a kind of Rhodes synthesiser while still maintaining the heritage of the traditional MKI and MKII. It’s beautiful. This is a really serious instrument.”

So, we’ve got to be close to the full reveal of all the details, all the options and the pricing. 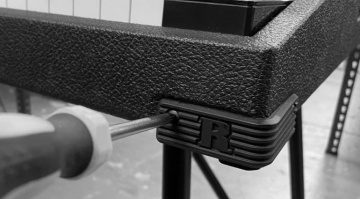 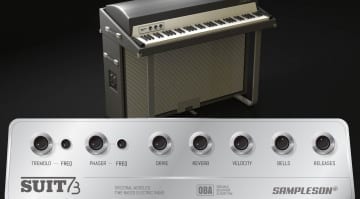 2 responses to “Is this the first photo of the Rhodes MK8?”