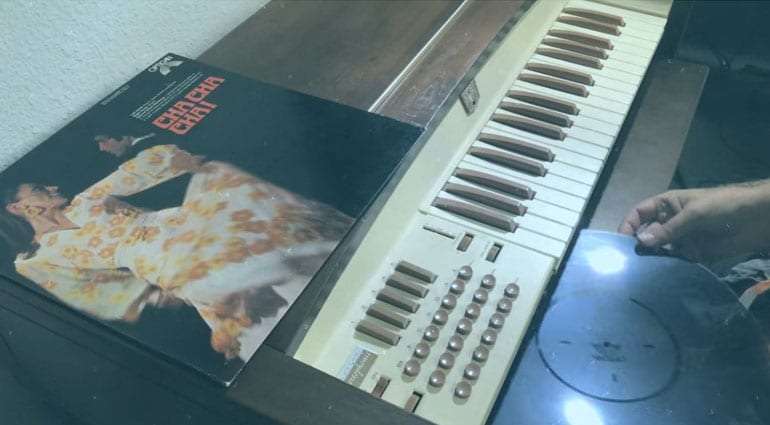 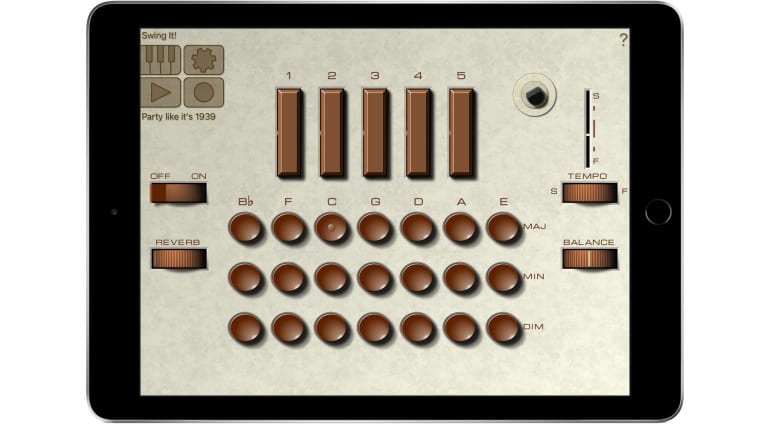 iOptigan authentically recreates the Optigan chord organ that pulled rhythms and accompaniments off LP-sized film discs that you could then play along to.

Blame it on the BossaNova

It’s one of those weird analogue ideas that made a lot of sense at the time. You could see it a bit like a Mellotron crossed with an automatic keyboard but using discs rather than tape. Each film disc had 57 concentric tracks which contained recordings of rhythms played by musical combos in different chords and different styles. You would change the chord by selecting it on the panel on the Optigan. You’d then use the rest of the instrument to play along.

They released 40 discs at the time and all of those are available with iOptigan. It comes with 25 as standard and you can purchase the others in the app. They covered all sorts of styles like BossaNova, folk, church organ, waltz, swing, latin and a lot more. It was also possible to accidentally put the discs into the Optigan upside down which would result in the discs playing backwards. iOptigan recreates this as well!

The whole concept is totally brilliant. It’s like having a whole band to play along with you but unlike the synthesized versions of home keyboards these are recordings of real musicians. If you go to the website you can click on various disc covers and hear an example of what they offer.

Other features include MIDI support, chord detection so you don’t have to push the right buttons in the app, it has a sequencer, plays nicely with Inter-App Audio and will render out your finished song.

iOptigan is available now for iOS and is free for those first 25 discs or get the lot for $5.99. 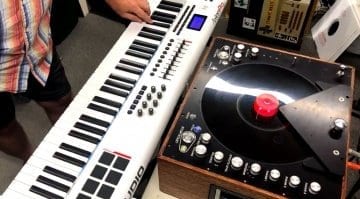