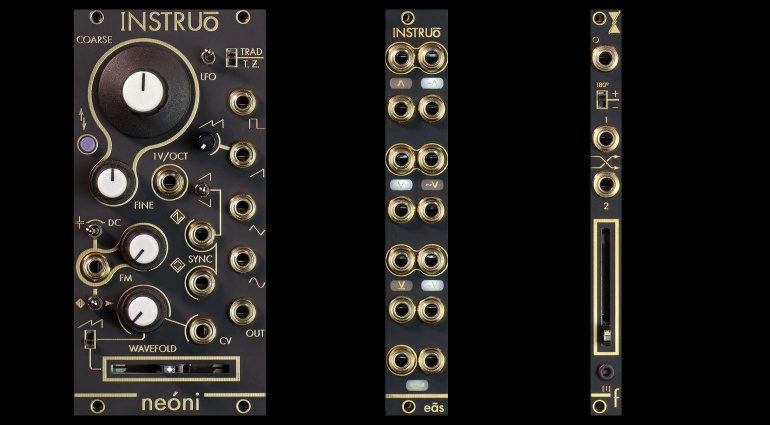 After a year of quietness, Instruō is back with a Through-Zero analogue oscillator, a Logic module, and an update on their Fader module.

At its core, it’s a traditional analogue oscillator but one where the FM input has through-zero functionality, taking in both positive and negative waves with AC and DC operation. The process inverts the waveform when it hits zero so that the oscillator doesn’t stall. This results in less non-harmonic content and better FM tonality. Or, as Instruō says, “less clang, more bang!”

However, that’s not all. neóni is fully featured VCO with individual waveform outputs as well as a mix output. It has precision soft sync and directional hard sync modes, some internal modulation routing and a nice slider based wavefolder at the bottom. It’s a beautiful looking module for £399.

Logic gates are everyone’s favourite thing to try to talk intelligently about. eãs gives us a nice big conversation with all the classic AND, NAND, OR, NOR, XOR, XNOR, and NOT options. If you want a couple of sources to come up with a configurable switch then this is just what you need.

Everything from syncopated rhythmic structures, to CMOS-style ring modulation, to creative solutions to your patch’s most glaring issues, eãs is there. Logic, after all, is the beginning of wisdom, not the end of it.

And the winner for the most infuriating use of typology is [1]f which is a beautifully elegent fader module in a slim 2HP. It can function as a crossfader, attenuator, attenuverter and manual DC offset.

You can grab yourself one of these for £99.

Back in the game

It’s great to see Instruō turning up with new modules. There hasn’t been a hint of anything since they released virtual versions of their modules onto VCV Rack around Christmas last year. An Instruō release is always exciting. 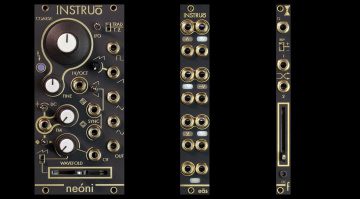 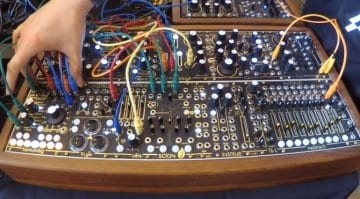 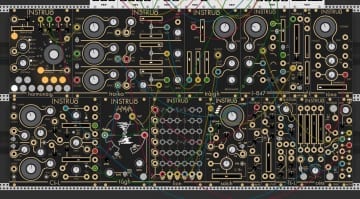 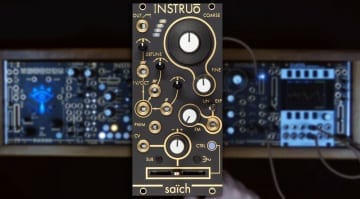 One response to “Instruō re-emerges with three new modules”