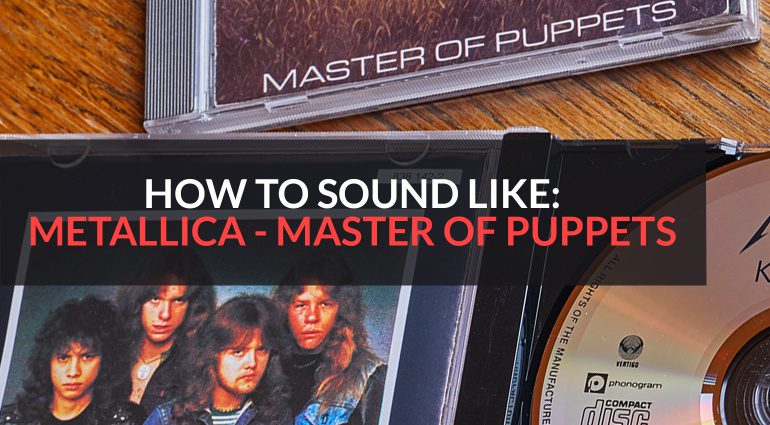 Netflix’s hit TV Show, Stranger Things has shone another light on a classic 80s song; the thrash-metal masterpiece by Metallica, Master of Puppets. Whether you’re a die-hard Metallica fan or have heard the band for the first time, we’re here to tell you how to get that sound!

In the hit Netflix show Stranger Things, Metallica’s Master Of Puppets features heavily during the season finale. The show’s Eddie Munsen is seen unleashing the classic down-picked opening riff whilst wielding a BC Rich Warlock in the Upside Down and even takes on the epic guitar solo.

What makes it even more interesting is that Metallica bassist Robert Trujillo’s son, Tye, actually played this re-imagined part for the Netflix show! 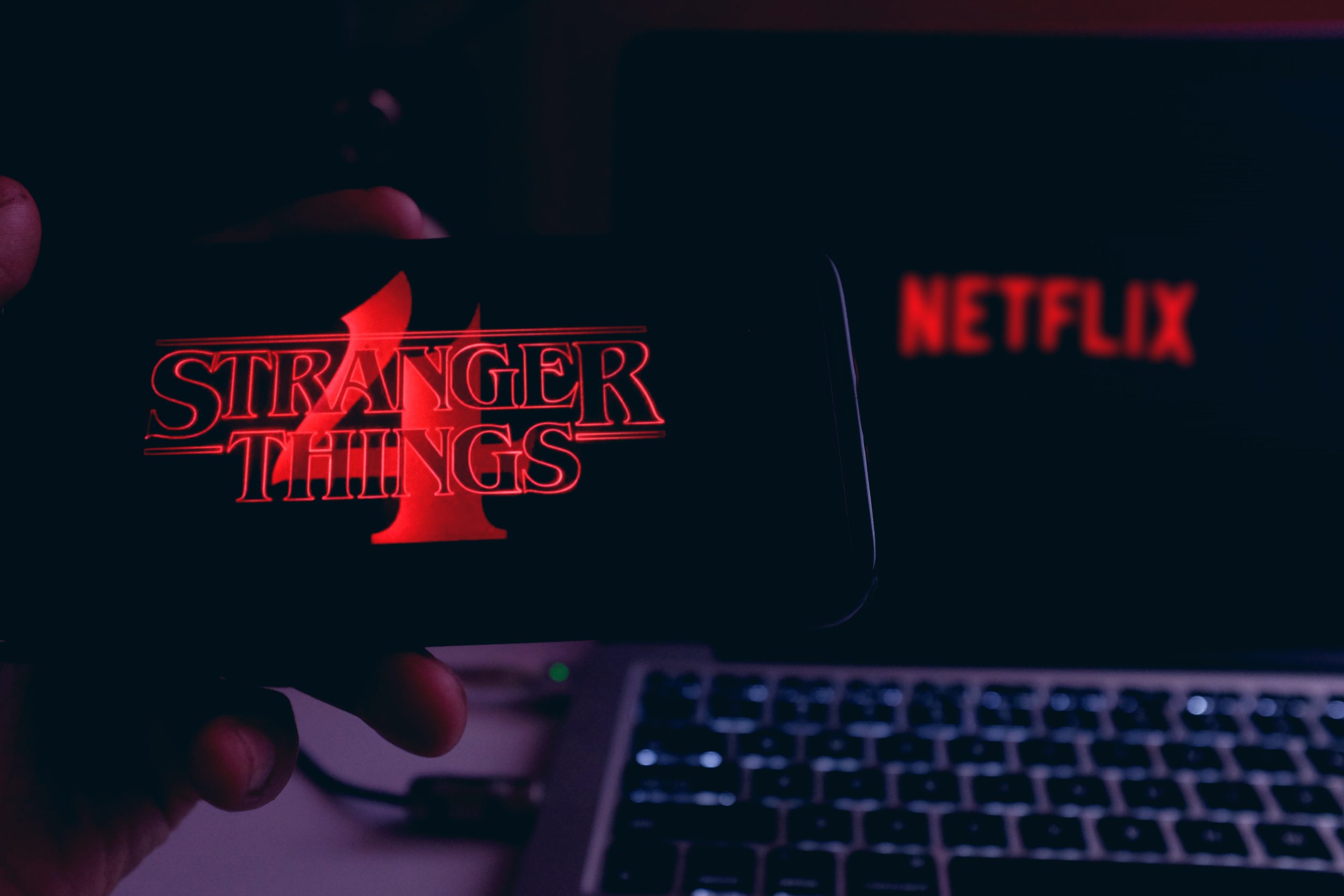 Stranger Things has recently catapulted this classic track back into the public’s consciousness.

The Master Of Puppets album was recorded in Denmark at Sweet Silence Studios with producer Flemming Rasmussen. It was to be the band’s third album which importantly honed the band’s signature thrash sound to perfection. If you’re a metallic fan, chances are you’ll feel that it’s the standout album for the Cliff Burton years.

Master of Puppets was released on March 3  1986, yet tragedy was only a few months around the corner. The morning after a performance on September 26 1986 in Stockholm, the band’s tour bus rolled off the road. Cliff Burton was thrown through a window and killed instantly.

The title track is a fitting legacy to Burton, the first-ever metal song to be selected by the Library of Congress. The Master Of Puppets album featured some fairly unique gear, plus a new custom amp setup. Before their ESP deals, what was Metallica playing in the mid-80s? 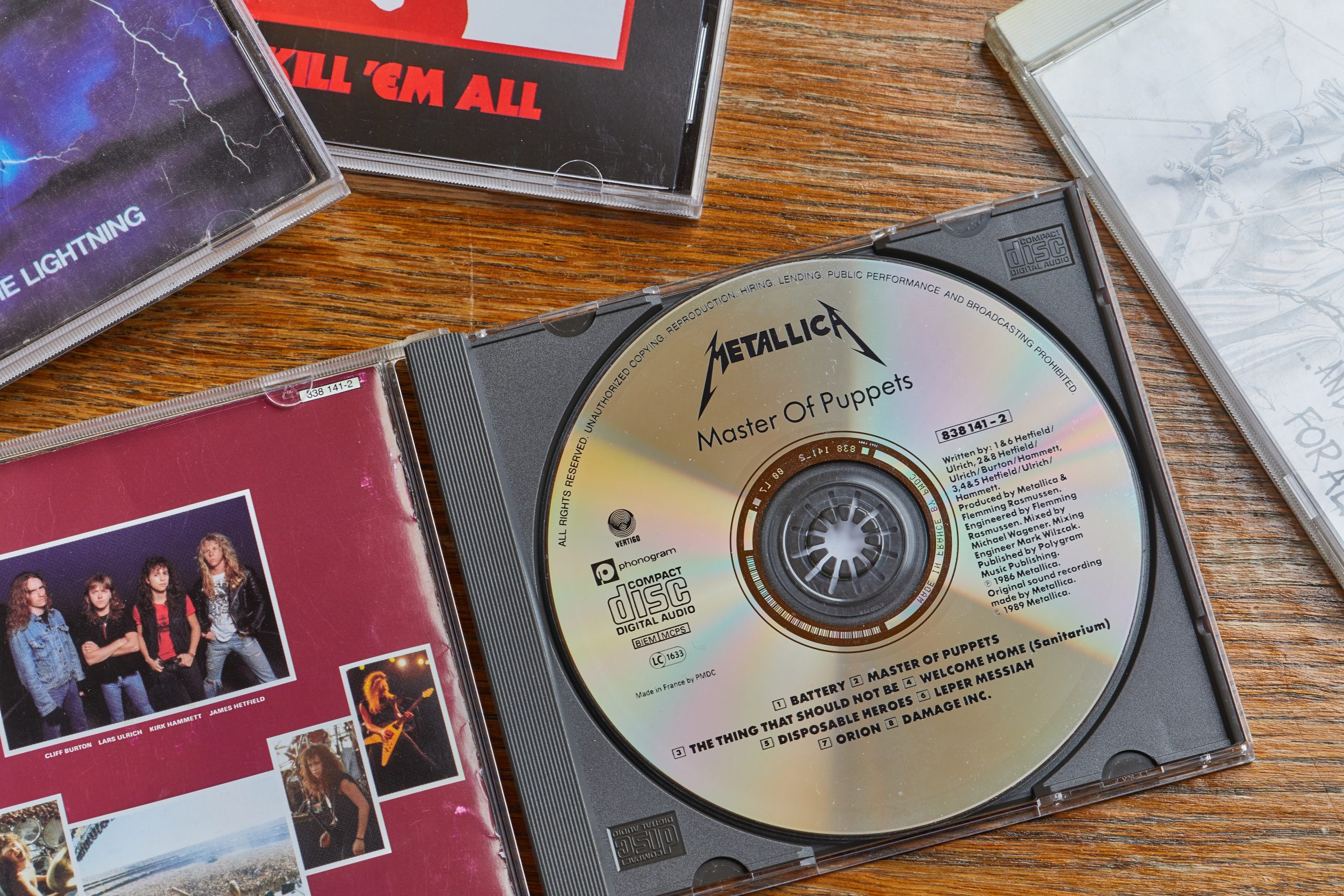 Master of Puppets is often hailed as a high point in Metallica’s early, Thrash metal period.

The Jackson King V Custom named “Kill Bon Jovi”  was used by James Hetfield throughout Master of Puppets in 1985. Manufactured on May 24th, 1985, it featured a white body finish, a Tune-o-Matic bridge, a set of Grover tuners, and two Seymour Duncan Invader pickups.  In 1987 James removed the original pickups and replaced them with the EMG 81/60 set.

The Jackson guitar company wanted James to promote their brand; however, James said turned them down, because he preferred Explorers. Eventually, he made his decision clear by adding a sticker saying “Kill Bon Jovi” over the logo on the headstock. This guitar eventually suffered a broken neck, though Hetfield never had it repaired. 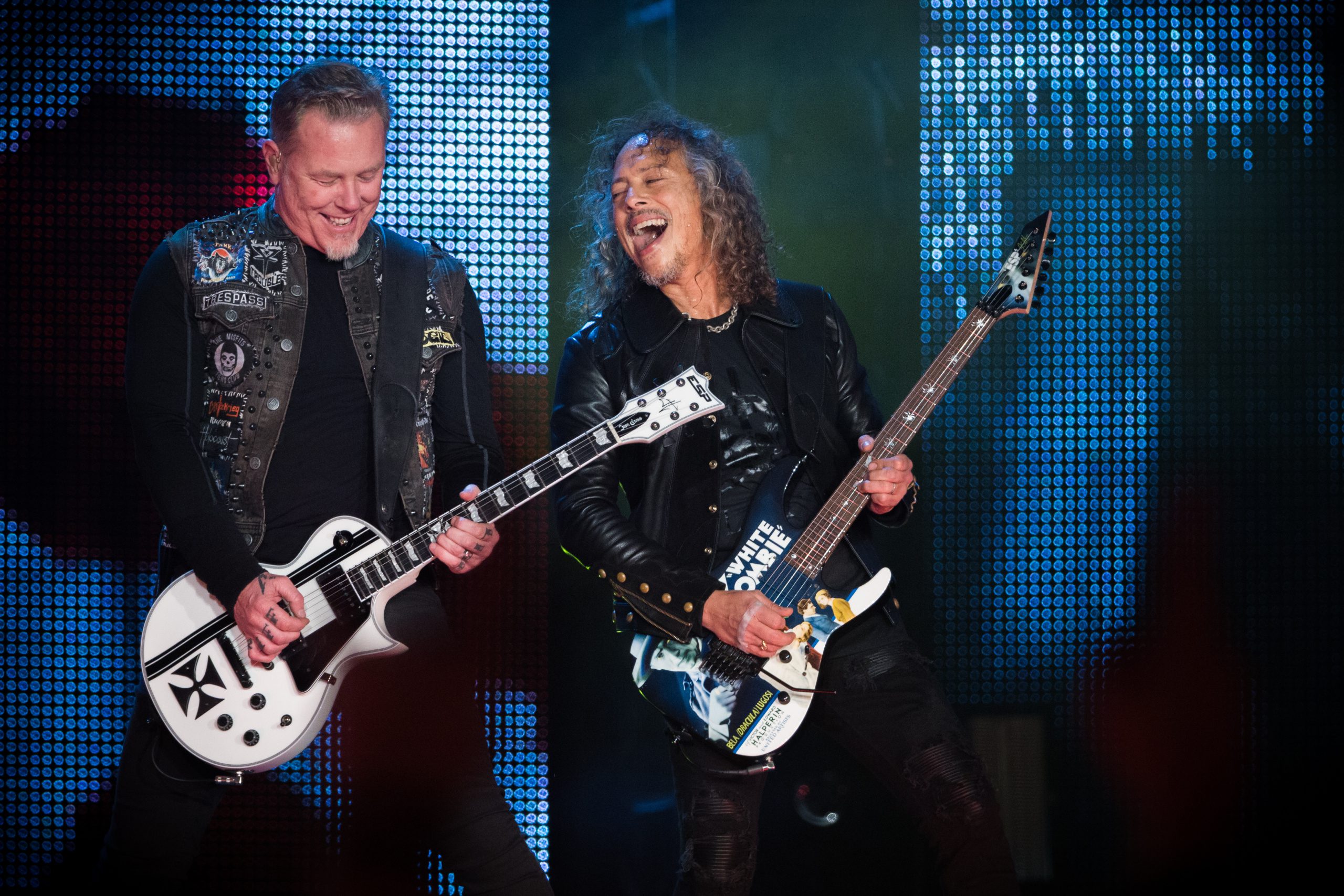 Hetfield and Hammet in later years, playing signature ESP guitars. Before they discovered ESPs however, Jacksons and Gibsons were their tools of choice.

Hammett played a Jackson Flying V Randy Rhoads has black, neck-through-body,  fitted with a set of EMG 81 humbuckers, with two volume controls and one tone. It had a Tune-O-Matic bridge and a set of Gotoh tuners. Supposedly, Kirk got this guitar directly from the Jackson factory and had to wait two hours for the adhesive to finish drying so that it was solid before taking it with him.

Kirk started playing this Randy Rhoads model after recording Kill ‘Em All and he used it exclusively during recording sessions of the Master of Puppets album. 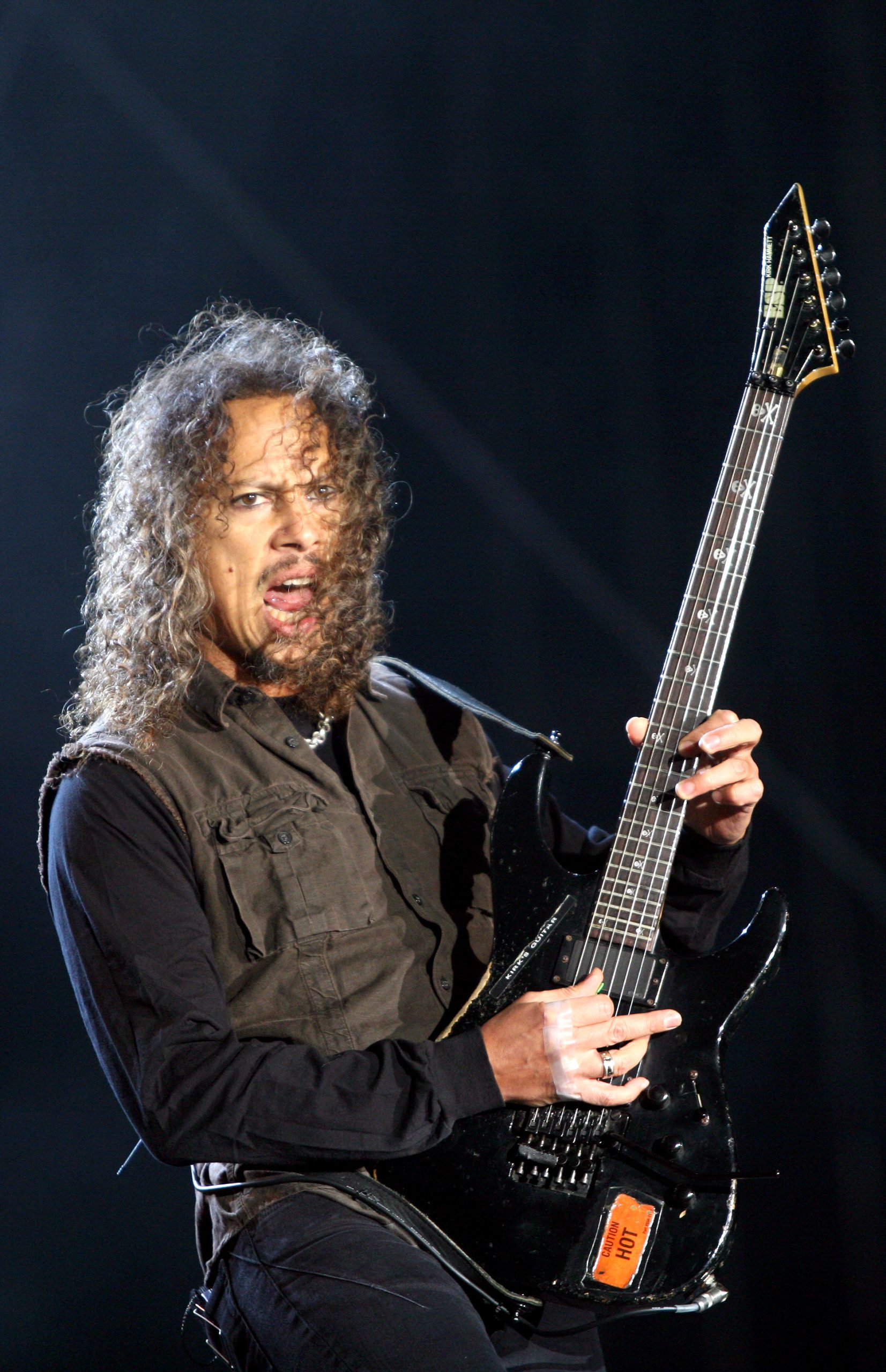 Kirk Hammet with his famous KH-2 ESP. Before this guitar though, you’d have seen him toting a Jackson Randy Rhodes V

Cliff Burton chose his faithful Aria SB-Black’N Gold I for this track and is known for playing it exclusively on the band’s first three studio albums.

On the Master of Puppets recording, both James and Kirk started using Mesa Boogie amps. They were both playing through Mesa Boogie Mark IIC+ slaved into modded 100W Marshall JCM800 heads. The Marshalls that they had used previously on the Ride The Lightning album were now being juiced by the Mesa front end. This combination of amps was then fed into stock Marshall 4×12 cabinets.

The Mesa-Boogie Mark IIC+ amp was re-wired as a pre-amp and this was used to create the Metallica guitar tone throughout the Master Of Puppets sessions. This amp has a reputation as one of the best Boogies ever made, next to the classic Mark I. As they have a fantastic rhythm channel. The Mark IIC+ was the last of the Mark II series and featured a more sensitive lead channel and, more importantly, improved circuitry in the effects loop. Plus, the Mark IIC had a quieter foot switching system and a new mod to the reverb circuit.

Finally, the classic Marshall JCM800 2203 100-watt power amp was used to give the Metallica recordings that classic grind. This is a single-channel, all-valve amp with no reverb or effects. It was actually my first proper Marshall amp in the 1980s and I can attest to the sheer power they have. A fantastic, no-nonsense amp with bags of tone and perfect for that Master Of Puppets iconic tone.

Cliff Burton mostly used Mesa Boogie and Ampeg cabs during the recording of Master of Puppets. 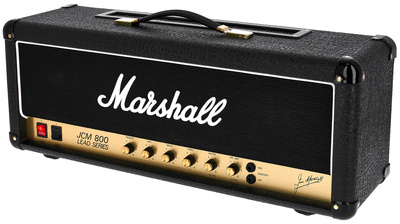 How To Play It?

Possibly, the best way to learn how to play Master Of Puppets would be to get Metallica to show you exactly how they play it. Thankfully, with their recent partnership with Yousician, you can actually do this for real. You will need to get tight with your down-picking as Hetfield is a machine, and plays his parts with nothing but downstrokes!

Below, is a list of some of the modern-day Metallica signature guitars you can buy. Additionally, there’s everything from signature guitar picks to wah pedals available!

My advice would be to work on your rhythm playing and aim to be as accurate as possible. Once you have that down, then you can speed up to the full 220 beats per minute of the original recording. Just don’t play sloppy or it won’t work. 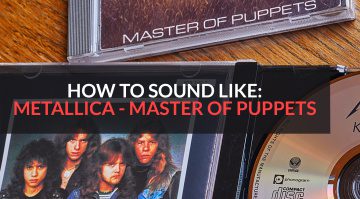 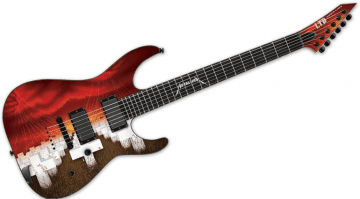 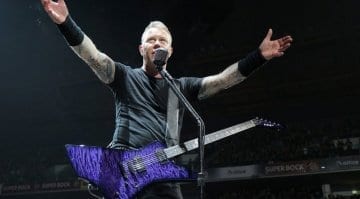 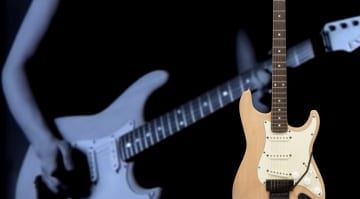 4 responses to “How to sound like: Metallica – Master of Puppets”

Andertons have done an endless series of “Sound like…” videos (both with and without ‘breaking the bank’). This seems very much like a rival retailer having a bad dose of imitation being the sincerest form of flattery.

Plus, of course, none of those signature Hetfield and Hammett guitars/pedals you’re linking to at Thomann existed when Master of Puppets was recorded and toured…

Yeah, it isn’t 1986 anymore and so that is why we linked the Jackson and Marshall gear, which is the closest you can get in 2022. Plus, Boogie doesn’t make the Mark IIC+ anymore either. The new gear is what they now use to play it live every night they tour, so it should suffice. I would say it is more about technique and using your ear for most of their classic tracks.

Hi Jef, the JP-2C would like a word with you. I’m looking at the 2c+ reissue sitting next to me as I type this. It rolled off the Mesa/Boogie production line only a few years ago.

Please recheck your sources regarding the slaving of the 2c+ into the modded Marshal was the main part of the tone – it was rigged this way a few times, Flemming Rasmussen quote “It is only on some solos we use the JCM 800 as poweramp. Most guitars are with the Boogie powerstage!”
https://gearspace.com/board/so-much-gear-so-little-time/58664-condenser-mic-identification-metallica-9.html

I’d always take Flemming’s memory on that one. Nice find!