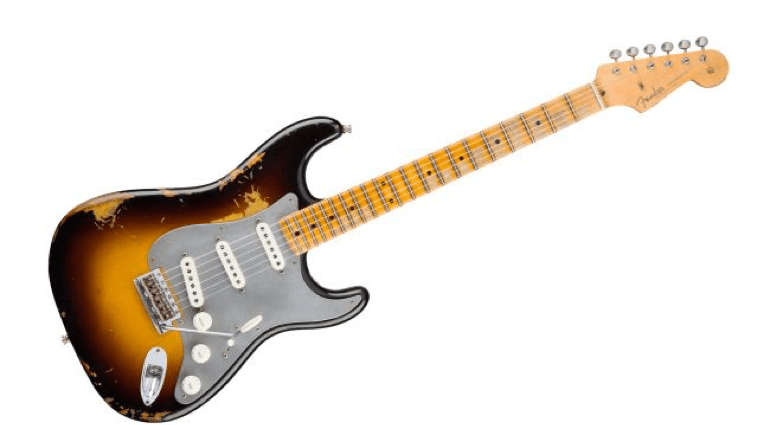 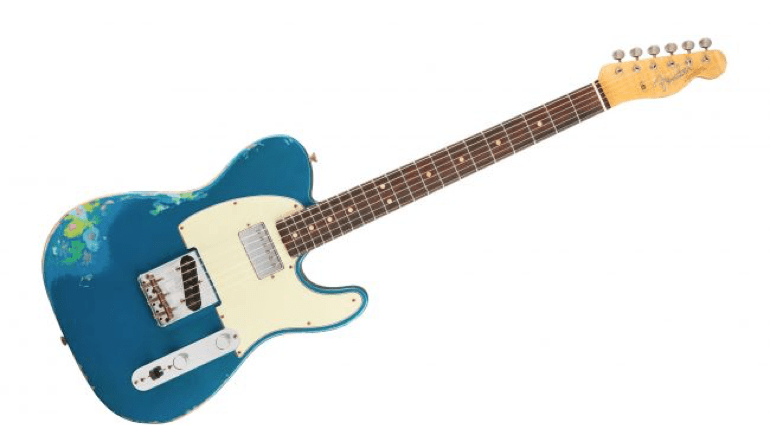 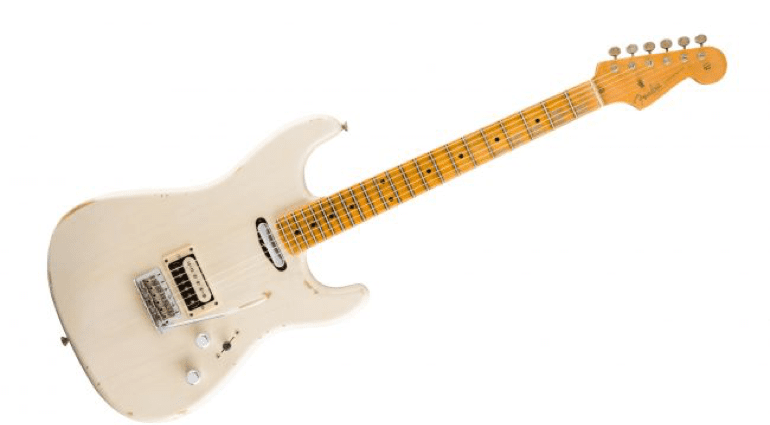 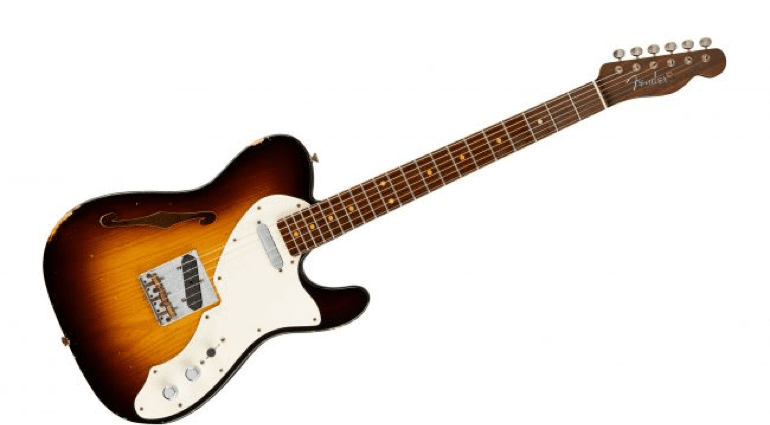 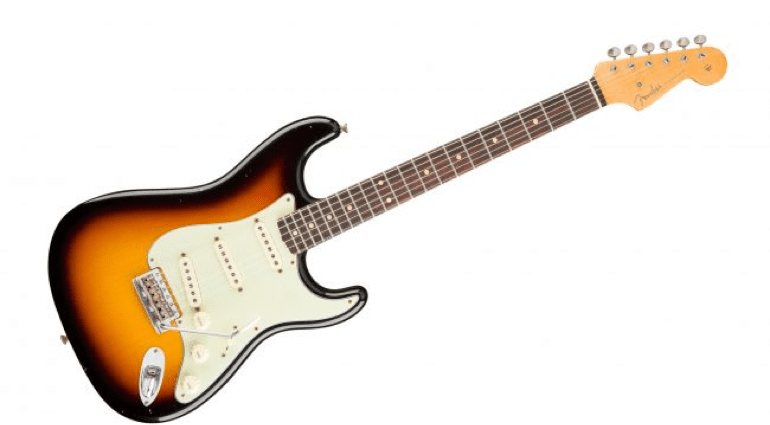 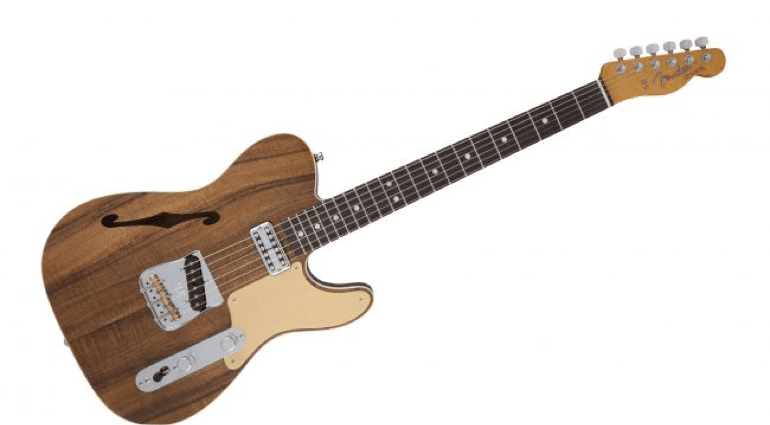 It’s that time of year again. Summer NAMM, one of the biggest shows in the music gear calendar, is always an opportunity for Fender Custom Shop to ‘unleash’ yet more heavy relic guitars into the already crowded, ‘faked mojo’ world of tone. Yawn…

It really pains me to see yet more faked relic guitars being churned out by Fender Custom Shop. The whole concept just is looking very tired in 2016. I honestly believe it has run its course. Do they really have to keep knocking out all these variations on a similar theme? There is, however, a glimmer of hope: a few new models have slipped in there amongst the ‘fake mojo’ guitars, as I will now refer to relic work throughout the rest of this article.

This is the epitome of fake ageing on what would have been really great looking guitars. So, this ‘Fake Mojo’ Tele, is first on my list. It’s available in either Candy Apple Red over Pink Paisley or Lake Placid Blue over Blue Floral. Both have been thoroughly ruined by all the fake ageing. To my mind they would have looked far nicer in either colour or either floral pattern. Pity Fender Custom Shop decided to do both at once…

This was probably the sort of guitar I would have purchased myself. But the fake finish has ruined it for me. The specification is good, though, with the Tone Saver Treble Bleed, Greasebucket tone control circuit. It’s got a V-neck profile quarter sawn maple neck with large frets and a two-piece alder body. This is my sort of Stratocaster. It should, in theory, play well. A pity it looks like a kid bashed it about with his toy toolkit.

This is almost a new design. It looks a little like an ’80s Charvel with the single coil Telecaster style pickup in the neck position and an overwound EVH humbucker in the bridge. Not sure about the traditional Fender trem though, maybe a Floyd Rose would have made more sense?

Okay, Thinline Telecasters did not exist in the 1950s. I see what you did there Custom Shop, touché. I would have been even more impressed if you had not messed up that two-piece select ash body with that poor finish! This has a very nice solid rosewood neck with a 1957 Soft V profile and 9.5” radius and 21, 6105 narrow jumbo frets.

This has the high-output hand-wound Custom Shop Ancho Poblano Stratocaster pickups. Ancho Poblano has taken over from Abigail Ybarra after she retired. Abigail was one of Fender’s original factory workers and her pickups were considered to be very good. It could, of course, all be a marketing ploy, as now Ancho Poblano is the name being associated with ‘tone’. This features a slab rosewood finger board with 21 6100 jumbo frets and an AAA flame Maple neck in a 1959 C-shaped profile. A two-piece light weight alder body is used on this model, too.

They did it! They actually released one with out all the fake ageing – and it is kind of a new design as well. Well done, Fender Custom Shop, finally something new and interesting.

This is loaded with a hand-wound Custom Shop ’51 Nowcaster pickup and a TV Jones® Classic humbucking neck pickup. It’s got a 1963 C-shaped neck profile and a modern 9.5”-radius rosewood fingerboard. Sperzel die-cast tuning machines with white pearloid buttons are also onboard, as is a one-ply gold anodized pickguard and a 21-fret one-piece AAA birdseye maple neck.

Okay, I know I am being very opinionated here. But I am genuinely bored of seeing the same ‘heavy fake mojo relic’ finishes. It is like seeing nothing but Candy Apple Red Strats every year, at every single trade show, with no variation in colour – for 25 years. Please, Fender Custom Shop, get out of the creative rut and do something original and move the company forwards.

It could all be worse I suppose. They could bring out an amp made of old whiskey barrels… 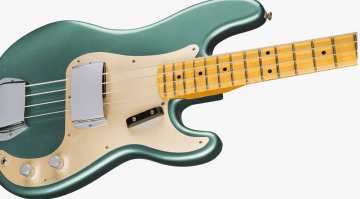 2 responses to “New Fender Custom Shop releases: Too heavy on the relics?”

28 Jan · hey these are great and all, but why the lack of midi sync tempo? i don't understand why more companies don't include some sort of BPM sync other than Tap. especially on delay pedals! tap tempo is not...

28 Jan · If they could build a lefty, I would definitely order one!