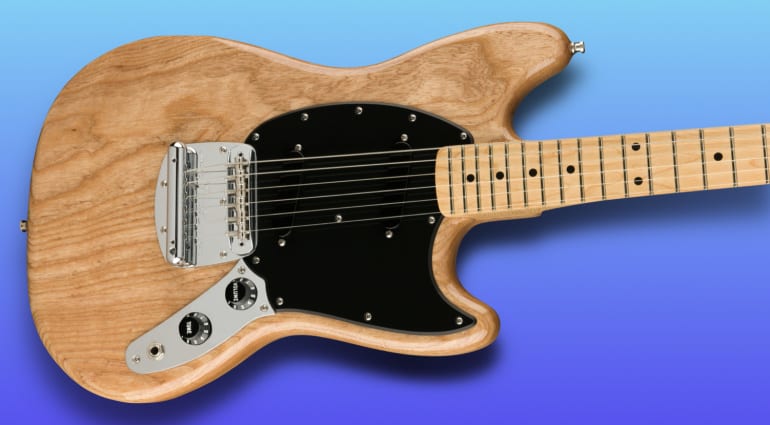 Based on one of Death Cab For Cutie frontman Ben Gibbard’s modified Mustangs, the new Fender Artist Signature Series Mustang model can now be heard in a new Fender video exploring the guitar’s tones and features. The guitar was announced during NAMM in January; now you can finally hear it in action.

The new Mustang comes in a natural finish, with a black pickguard and chrome hardware. It looks quite straight forward and well thought out. It’s based on Gibbard’s own heavily-modified ’70s Mustangs and should appeal to many players who gravitate to that era.

The guitar uses a chambered ash body to help reduce the weight. The bolt-on maple neck has a shorter scale length, as you would expect on a Mustang. It also has what looks like a standard Mustang vibrato, but it is actually a hardtail bridge, so tuning should be solid on this guitar.

It comes loaded with two custom-designed Ben Gibbard single-coils, voiced just like the ones those found in Gibbard’s own guitar. You choose the pickups using a three-way rotary switch disguised as the guitar’s tone control. Overall, these subtle updates add up to an interesting take on a classic design. It’s a sweet-looking Mustang! Read the full specifications of this new Artist Signature model over on the official page from the link below. 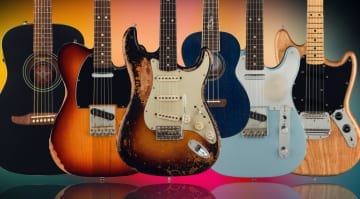