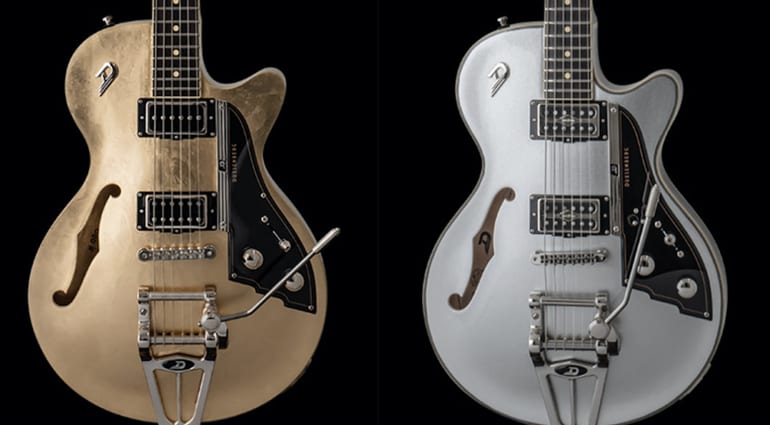 Duesenberg has announced a pair of limited-edition Starplayer TV models. With just a handful of each available worldwide, these special models are being produced to celebrate the company’s 25th anniversary.

The Starplayer is a classy-looking semi-hollow guitar that’s been around for a few years now. To mark the company’s 25th anniversary, Duesenberg has come up with two special finishes. And they both look stunning. Each version is being produced in a production run limited to (surprise) 25 pieces worldwide. Let’s take a closer look at both versions.

The Gold Starplayer TV is finished in gold-leaf with silver-leaf on the sides and the neck. The model is a traditional semi-hollow design fitted with a sustain block that features a laminated spruce top and a one-piece maple set neck. The pickups used here are a Duesenberg Domino P-90 in the neck that’s paired with a GrandVintage Humbucker at the bridge. 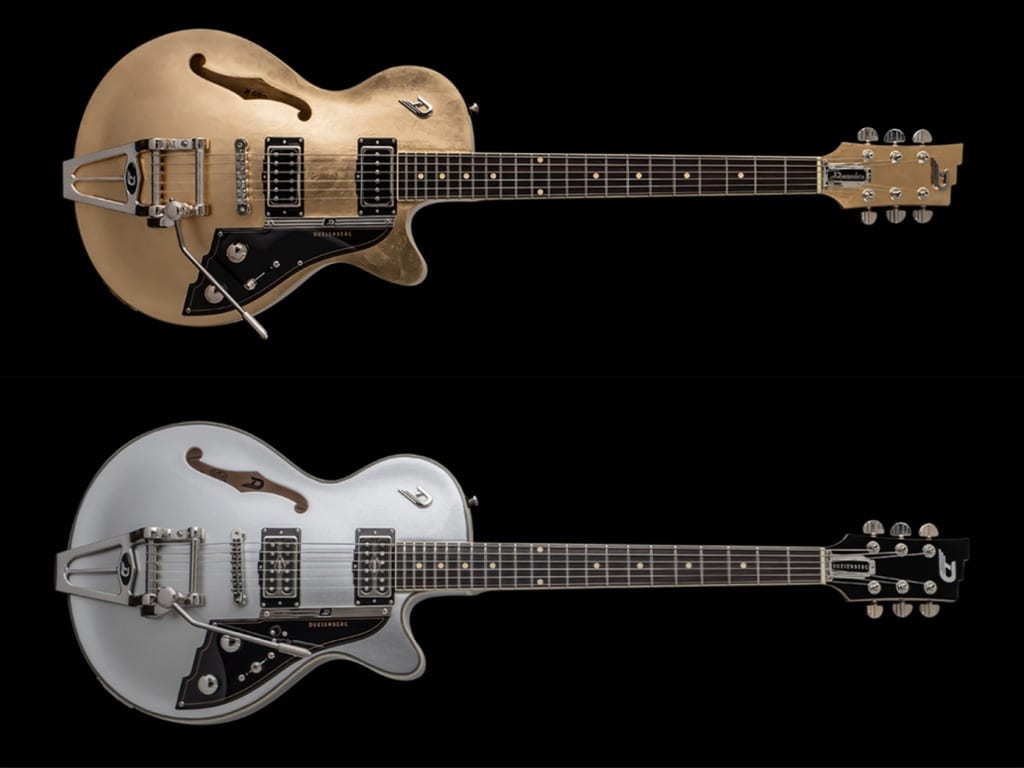 The Silver Starplayer TV version has the same semi-hollow construction as its gold sibling. But unlike the gold version, it comes equipped with a pair of Duesenberg’s brand-new Split-King Dou-Coil pickups. These pickups have been designed to provide players with both true single-coil and full-on humbucker tones.

Both guitars look really special in those fantastic metallic finishes. Given that these guitars have gold and silver leaf respectively rather than paint, their value will surely rocket up over the years. The fact that there are only 25 of each model should add to the desirability factor, too. 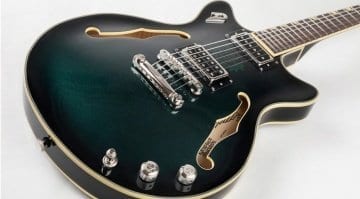