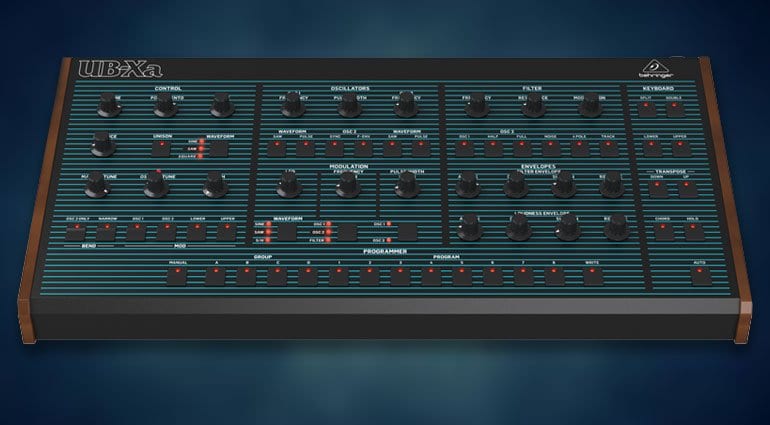 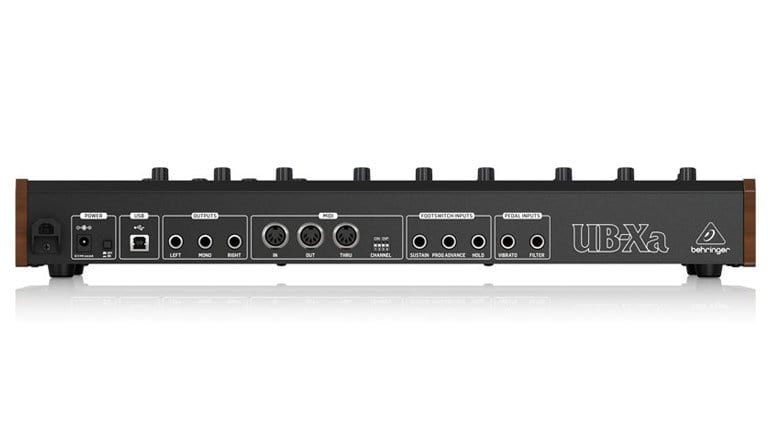 Uli Behringer has published a long, thoughtful post on Gearslutz talking about why Behringer have decided to pursue the cloning of so many classic synthesizers. At the same time, he mentioned their intention to build a clone of the Oberheim OB-Xa that they will call the UB-Xa.

It reads to me a little like he wants to push back against a lot of negativity he and his company receive at the hands of synthesizer enthusiasts. While many people are thrilled at the idea of owning the classic synths of our forefathers, a vocal minority express dismay at the idea of “cheap clones” devaluing the awesomeness of synthesizer technology. I confess that in my own reporting of the Behringer cloning juggernaut I have been a bit cynical and critical.

With the DeepMind 12, Behringer certainly seems to have come up with the goods. The Model D is just starting to ship for an outrageously good price and early reports have been encouraging. Is it possible for us to believe in Uli’s intentions of simply wanting to bring back the “authentic sound of original designs from the period of the 60’s to the 80’s”? That it is a “labor of love” and it’s about passion and a desire to enable musicians to have awesome gear rather than the bottom line of financial gain?

In the post Uli says how for him authenticity is all about replicating the circuitry. Using the same components or manufacturing replacements for obsolete ones. It cannot be about VST, DSP or emulation. He is all about the sound of true analog synths. That’s very interesting.

Uli says that they have decided to completely open up the company. To make the development transparent and involve the public in that process. That, to me, is really very exciting.

I know that “cheap clones” is always going to be a term thrown around. But I’m starting to warm to Uli’s approach and his desire to engage with the community. Usually, all we get is an announcement of a new product from any other manufacturer – we get what they want us to have. With Behringer we’re getting the opportunity to be part of the development, to have a say and to witness it all come together.

However, a company as big and ambitious as Behringer needs a healthy bit of criticism and I need to remain cynical in my approach to talking about gear and the promises of gear. But give Uli his dues, he certainly tries hard to take everyone on this journey with him.

As a demonstration of this new adventure Uli announced that their next synth will be a clone of the Oberheim OB-Xa. He went into details of how this was the most requested polysynth and how, with its complexity, it will be given to the Midas engineers in Manchester to develop. This was the same team that developed the DeepMind 12. Judging by the images of the VC340 Vocoder we also saw recently, they are not kidding around with this cloning business. There’s no attempt to be anything other than an authentic copy of the original. The DeepMind was something different, based on the Roland Juno, but then taken to other places. The UB-Xa, like the Model D and the VC340, is going to be exactly like the OB-Xa. That’s very exciting. Although I hope it looks a bit better than the mock-up image.

Uli says it might take a year as they also have to build products to sell and make money. But alongside the usual business, these classic synthesizer clones will come along and dazzle us all.

So, nice one Uli. I wish you all the best with your ventures and I admire your desire to be open and engaged. I’ll keep teasing and I’ll stay cynical but I am fascinated to see what happens with all this. I should add that I totally understand why you’d clone the Model D and the OB-Xa, but I still can’t get my head around why we need the VC340.

One response to “Behringer announces OB-Xa clone: Is Uli for real?”