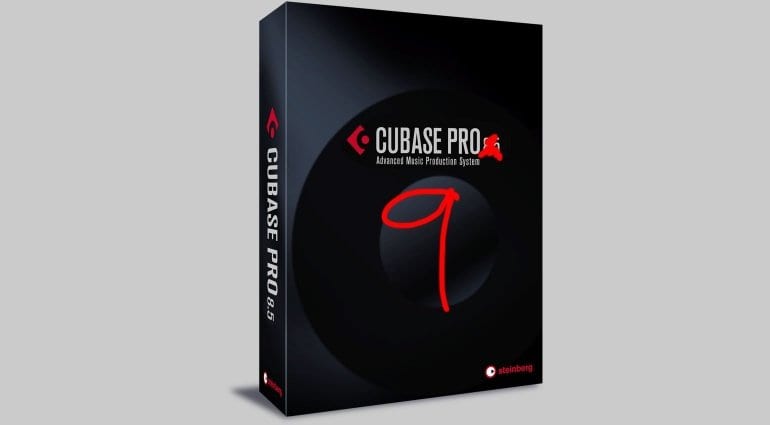 Artists impression of what the Cubase 9 box could look like  ·  Source: https://www.steinberg.net/en/shop/buy_product/product/cubase-pro-85.html

A little while ago I caught wind of a rumoured update to Steinberg’s Cubase being scheduled for December. Well, here we are and the rumour mills are turning and forums are alight with people’s personal Cubase 9 wish lists. With no official announcement yet from Steinberg, here’s a round-up of the rumours so far along with my own thoughts on what I need from a new Cubase.

Steinberg have kept their cards close to their chests and so very few rumours are doing the rounds. According to a post on the Steinberg.net forum Guitar Center were “prepping their website last night” which means it will be released on Wednesday. But why a Sunday night prep would lead to a Wednesday release is anyone’s guess.

Back in January they did send out a letter to many users asking for features they’d like to see in a new version. The full response was not revealed but they did list the top 5 requests:

So it’s a good bet that some of these requests will get met.

Reddit threw up this strange scan of an advert from a German magazine: 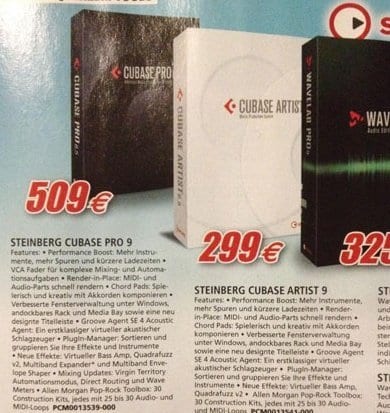 Although it says “Cubase Pro 9” the boxes and descriptions are straight from version 8.5.

If you search Twitter for #Cubase9 you’ll find pages of presumably Japanese tweets that are definitely talking about something. What I can pull out is references to Steinberg Day 2016, to be held in Tokyo on the 17th and 18th of December. There’s a link to information about it on the Japanese Yamaha website. 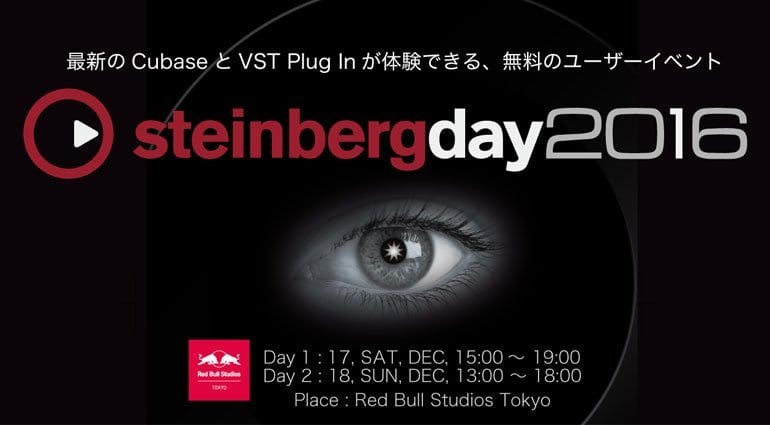 Searching through Instagram throws up a number of images with #Cubase9 tags but they are mostly over a year old. There are a couple of images from the weekend of a lovely looking studio from “drvinum” who appears to be waiting to be interviewed by Steinberg about Cubase and Nuendo. It looks like Cubase on the computer monitors but there’s nothing to tell you if it’s version 9.

So what’s on everybody’s wishlist? Reddit is always ahead of the curve and they started a thread on it back in the summer. Once you get past the “wishing it doesn’t f*ing crash all the f*ing time” trolls then by far the most popular request is a lot more undo. Undo in the mixer is the big one, along with being able to recall last fader movements, so you can play with a mix and then put it back to where it was. This should also apply to VSTi’s and effects where they don’t have their own undo system. Other mixer improvements regularly requested is to improve the side-chaining.

Quicktime support has been discontinued by Apple and so many users are calling for a decent quicktime compatible alternative for video support. Also people are finding that scaling is becoming an issue as high definition screens become more common.

There’s 14 pages and counting on the KVRAudio.com forum, where people want everything. They want it all fixed and they want it to have everything that everything else has but better. There are calls for the end to the dongle but they don’t want subscription. They want a dock at the bottom of the screen like Sonar and Studio One but they don’t want to lose the floating window model. But generally, it’s a mixture of Steinberg-bashing and baited breath anticipation.

So maybe it’s simpler to talk about what I would like to see. I’ve fallen out of love with Cubase in the last couple of versions. I tend to find myself in Studio One or Bitwig, but not always for the same reasons. For me the floating windows have become unwieldy and I get lost under multiple cascades of open GUIs. I’m not sure why I need all these console views and why the mixer is never the same when I open it. Studio One is very calm in comparison.

But let’s focus on what I would like to see in a new version. Those floating windows need to be taken control of. I like having multiple GUI’s open at once – many other DAWs don’t allow this. And that’s also relevant for touch control. I want to be able to edit two or more plug-ins at once, on screen, with my fingers. Maybe there could be a snapping feature that snaps GUIs together so you don’t lose them behind other windows. Then that could become my touch control surface. Obviously, full multi-touch support throughout would be required.

I’d like to see native support for the Microsoft Surface Pen and the new Surface Dial. That would be completely awesome. Somebody has to embrace the future on Windows. You can bet that there will be some kind of support for the new Apple finger-bar or whatever it’s called – so why not embrace some forward-looking Microsoft technology?

On the sequencing front, I would like to see a full-screen matrix style step sequencer. I would like to see integration with the resurrection of external synthesis. CV and Gate protocols built in. Analogue-style sequencing, pattern generation and patching of audio and MIDI into and out of the software. I can understand the request for a simple sampler. Working in something like HALion or Kontakt can be terribly complicated. Sometimes you just want to drop a sample onto a pad and trigger it – like you would on an MPC or Novation Circuit.

If the rumours are true then it should be out any day and all will be revealed. What would you like to see in Cubase 9? What would be the one killer feature that would put Cubase on the top of the DAW heap?

When the launch comes it will come from Steinberg’s website. But if anything else leaks in the meantime I will let you know. 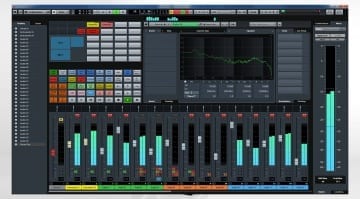