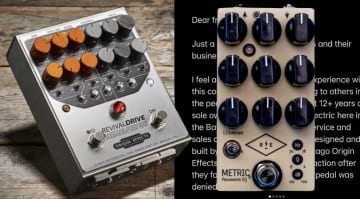 PRS is preparing a new Limited Edition version of their popular S2 Vela for 2017 - but their production and sales model for this instrument means you'll have to get in your order very quickly.
ADVERTISEMENT