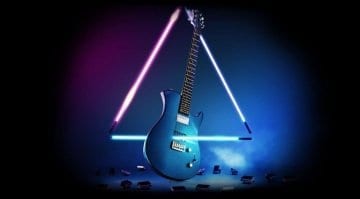 Slimmer and more refined, the new Rob Chapman ML3 Pro Traditional is a lot of guitar for the money, sporting a number of upgrades on last year's model.

It's light, it's new and it's... Well, let's call it aesthetically challenged - the Travelcaster Deluxe seems a victory of low weight over pleasing design.
ADVERTISEMENT